According to his wife, Manny might be getting ready for a return to pro ball; the Patriots activated another quarterback; and the Red Sox sound excited about Josh Tobias.

Manny Ramirez considering pro baseball comeback: We spoke with Manny’s wife, Juliana, who tells us the 12 time MLB All-Star and World Series MVP has been training like crazy … and has been in talks with a pro team outside the United States. “He is training extremely hard,” Juliana says … “Batting, CrossFit, Orange Theory. He never stops.” [TMZ.com]

Manny Ramirez is eyeing another comeback, but where? So Manny wants to make a comeback, but where will it be? TMZ sports reports that he’s got an offer on the table, but not from an MLB team (so sadly). It’s from an unnamed pro team overseas. Ramirez has actually played overseas before, with the EDA Rhinos of Chinese Professional Baseball in Taiwan. He did pretty well, hitting .352 with eight home runs. But that was more than three years ago, so it could really be anyone. [Yahoo.com]

Why the Red Sox aren’t viewing newly-acquired Josh Tobias as just throw-in: “He’s definitely not just another body,” said Red Sox director of professional scouting Gus Quattlebaum. “We see him as having potential as a versatile, switch-hitting guy with make-up and a feel to hit. Whenever you can find someone who can hit that guy is going to standout.” [WEEI.com]

If you miss the Hartford Whalers, this will brighten your day: The Whalers left Connecticut in 1997 and became the Carolina Hurricanes. But today there is some joy in Whalerville. Josh Kantor, the organist at Fenway Park, has recorded a new version of “Brass Bonanza,” the iconic theme song that blared through the Hartford Civic Center loudspeakers whenever the Whalers scored. [BostonGlobe.com] 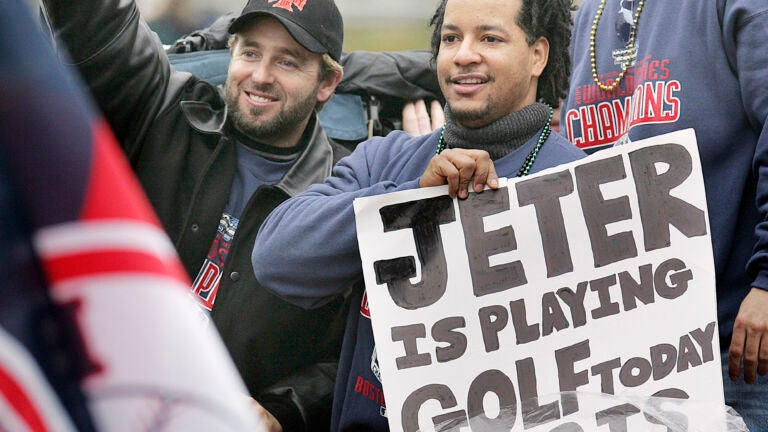