Welcome to a new year of Red Sox Player Power Rankings! Every two weeks, I’ll rank all the players on the 25-man active roster and the 10-day disabled list (31 players in this edition). Outside of David Price, you can feel good about the 11-12 players at the top of the rankings, but after that things begin to get dicey. There are a lot of question marks as you move down the roster, and there’s a better than decent chance that the bottom of this team’s roster resembles the contending teams that Dave Dombrowski put together in Detroit – plenty of top shelf talent but with a lot of holes that better management teams would have patched. Hopefully, things don’t turn out like that, but either way it should be an entertaining season on Yawkey Way.

31. Josh Rutledge: Rutledge is the classic player who seems useful, but really isn’t. He isn’t good defensively at any position. He appears to be a decent hitter, but he was incredibly lucky last year – his .433 batting average on balls in play (BABIP) was more than 100 points higher than his career average. Also, the Sox have two better reserve infielders in Brock Holt and Marco Hernandez.

30. Steve Selsky: Manager John Farrell’s spring training darling is not going to be very useful in the long run, and cost Marco Hernandez his roster spot at the season’s outset. Last season, in his major league debut, Selsky struck out in 22 of his 51 at-bats. When he made contact, an obscenely lucky number of his batted balls fell for hits, to the tune of a .519 BABIP. That won’t happen again.

29. Ben Taylor: In his brief professional career, Taylor has thrown 134 minor league innings, and struck out 152 batters. That’s a pretty great ratio, in case you’re curious. He might not be around long, but the Sox can use all the good pitchers they can find, so it can’t hurt to give the 24-year-old a chance.

28. Fernando Abad: He is not as bad as he was in Boston last season, but Robby Scott making the team shows that the team is not married to Abad.

27. Roenis Elias: There was hope when the team acquired him that Elias could prove to be a solid depth starter. He proved incapable of that last season, but hope springs eternal.

26. Robby Scott: As with Abad, Scott’s roster spot moving forward is far from assured, but him making the roster is a positive development. He still hasn’t allowed a run in the majors.

25. Tyler Thornburg: First Carson Smith, now Thornburg. The reasons for Thornburg’s injury have been contested, but ultimately he’s another player who is not contributing. It’s OK to be frustrated by that.

24. Matt Barnes: The 2016 season was his best to date, but Barnes’ walk rate fluctuated from problematic to sterling to problematic throughout the season. As a result, the only time he pitched in the postseason was in the fourth inning of Game 2, with the Sox down 4-0. Hardly the high-leverage role he had pitched in during the regular season.

23. Heath Hembree: He’ll never be great, but Hembree doesn’t really shoot himself in the foot with walks or home runs. He’s an average major league reliever who can give you more than an inning at a time.

22. Brock Holt: Holt’s usefulness on this roster is waning, and will wane further if Pablo Sandoval actually plays well. It’s not just that Holt should see fewer regular opportunities to start, it’s that Hernandez is nipping at his heels. Hernandez (.357 on-base percentage) hit better than Holt (.322 OBP) last year, and may usurp him at some point.

21. Christian Vazquez: So often in this space last season, I said things to the effect of “if Vazquez could just hit, it would solve so much.” It still very much would, though I am very much not holding my breath.

20. Robbie Ross Jr.: Oft forgotten, Ross is the bullpen’s leader in innings pitched since he was acquired for the 2015 season.

19. Chris Young: He won’t start as often this season, but he is the perfect complement to both Andrew Benintendi and Jackie Bradley Jr., because he still crushes left-handed pitching, and can give either of them a breather when a lefty is on the hill.

18. Pablo Sandoval: So far, so good. But spring training stats are very, very poor predictors of regular-season performance, so question marks still abound. Cross your fingers, but if he doesn’t hit, Holt and/or Hernandez are up and ready on alert five.

17. Carson Smith: He probably won’t be ready until June. We’ll be counting the days.

16. Mitch Moreland: Signed because of his track record hitting home runs – he has hit 20+ homers in three of the past four seasons – Moreland is not very good at getting on base, so his overall value is actually pretty limited. Moreland possesses a career .315 OBP, which is pretty poor. For reference, Julio Lugo, the crotch-grabbing former Red Sox shortstop who most fans rightly consider a huge bust, posted a .319 OBP in a Sox uniform. In other words, Moreland better hit a lot of homers.

15. Joe Kelly: He still has great stuff, and in a relief role, he actually began to harness it. He’s going to have keep doing so, because given the team’s sudden cascade of pitching injuries, he has gone from luxury to linchpin.

14. Steven Wright: It would be unfair to expect Wright to put a 3.33 ERA again this season. Keep in mind, in Tim Wakefield’s 17-year Red Sox career, he only posted a sub-3.50 ERA twice, and he only got under 4.00 one other time. Wright should be a reliable contributor, but let’s not hold him to 2016’s standard.

13. Sandy Leon: Just like with Wright, it would be folly to expect Leon to be as good as he was last season. Nevertheless, he will be a very important person on this roster unless Farrell can find a way to get Blake Swihart a real shot at the job. Doing so may prove tricky, and as such, the only easy answer is for Leon to hit well.

12. Drew Pomeranz: Sent to the disabled list in a procedural move, Pomeranz’s performance may end up a referendum on Dave Dombrowski’s ability to make the good trades he was brought to Boston to make. Pomeranz, assuming he is right physically, should be better than he was last year, when he allowed 14 homers in 68.2 innings in a Red Sox uniform, a wholly unlucky ratio. That equates to 1.83 HR/9 innings, a rate so bad it only happens to a handful of pitchers each year. Pomeranz is too good to have it happen to him again.

11. Craig Kimbrel: Despite his ERA being nearly a run higher in 2016 than it was in 2015, Kimbrel was essentially the same pitcher he’s always been, according to advanced metrics like FIP-.

10. Andrew Benintendi: FanGraphs projects the Red Sox position players to be as valuable as they were last season, when they still had David Ortiz. One of the reasons why is a full season of Benintendi, who is projected to hit .280/.339/.443 this season. That’d be better than Carl Yastrzemski hit in his rookie season. No pressure kid.

9. Eduardo Rodriguez: As he partakes in his first healthy major league Opening Day, the Sox are counting on Rodriguez to pitch more like he did in 2016’s second half (3.24 ERA in 77.2 innings) than in its first half (8.59 ERA in 29.1 IP). Projection systems are confident in him retaining the uptick in his strikeout rate, so here’s hoping.

8. Hanley Ramirez: Last season was the seventh season in which Ramirez played in at least 140 games, but just the second in which he hit 30 homers, so don’t expect him to duplicate that feat (he might not duplicate either, actually). That doesn’t mean he will revert to his horrifying 2015 form, but Ramirez still has something to prove, especially now that his good friend Ortiz is no longer with the team.

7. David Price: I don’t subscribe to the theory that the 2017 season rests on Price’s injured elbow, but without a healthy Price, the Sox are going to be in for much more of a dogfight than it looked like they were going to be back in January.

6. Jackie Bradley Jr.: Bradley’s growth over the past few seasons is noteworthy – he has lowered his strikeout rate, while maintaining his walk rate and retaining enough power to be dangerous. He doesn’t steal many bases, but is a very efficient baserunner, and of course, he excels defensively. He has a chance to earn a few more All-Star trips the next few years.

5. Rick Porcello: The New Jersey native was the best version of himself in 2016, as he walked just 1.29 batters per nine innings. That mark stands as the 11th-best in team history for a qualified starter, and seven of the seasons ahead of him were literally from Cy Young, who had the advantage of pitching in an era when a hitter was thought to be committing a mortal sin if he drew a walk.

4. Dustin Pedroia: Last season was Pedroia’s best offensive season in five years, but there are always ways to improve. One thing to watch this season is whether Pedroia realizes he is no longer fast. From 2011-2013, Pedroia stole 63 bases and was only caught 19 times, a success rate of 77%. But from 2014-2016, those numbers waned to 15 and 12, for an unacceptable 56%. It’s time for Pedroia to stop making unnecessary outs on the bases.

3. Xander Bogaerts: Last season, Bogaerts had his best season yet, as he hit 20 homers for the first time, and posted career bests in on-base percentage, slugging percentage, isolated power (SLG-AVG), walk rate, runs scored and stolen bases. Unfortunately for him, he wasn’t at his best toward the end of the season, and that’s all his manager remembers, so Bogaerts will start the season batting sixth in the batting order.

2. Chris Sale: By at least one metric, Sale is one of the 10 best pitchers in baseball history. Any performance short of that is going to have fans howling from Bangor to the Berkshires. No pressure, new guy. 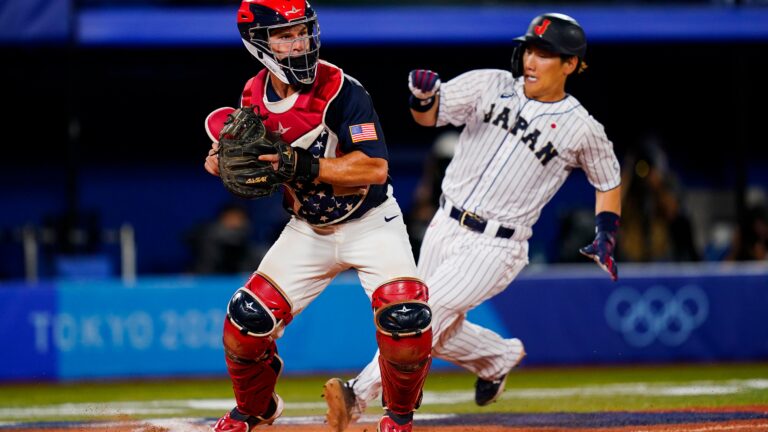 Red Sox reportedly agree on contract with OF Masataka Yoshida