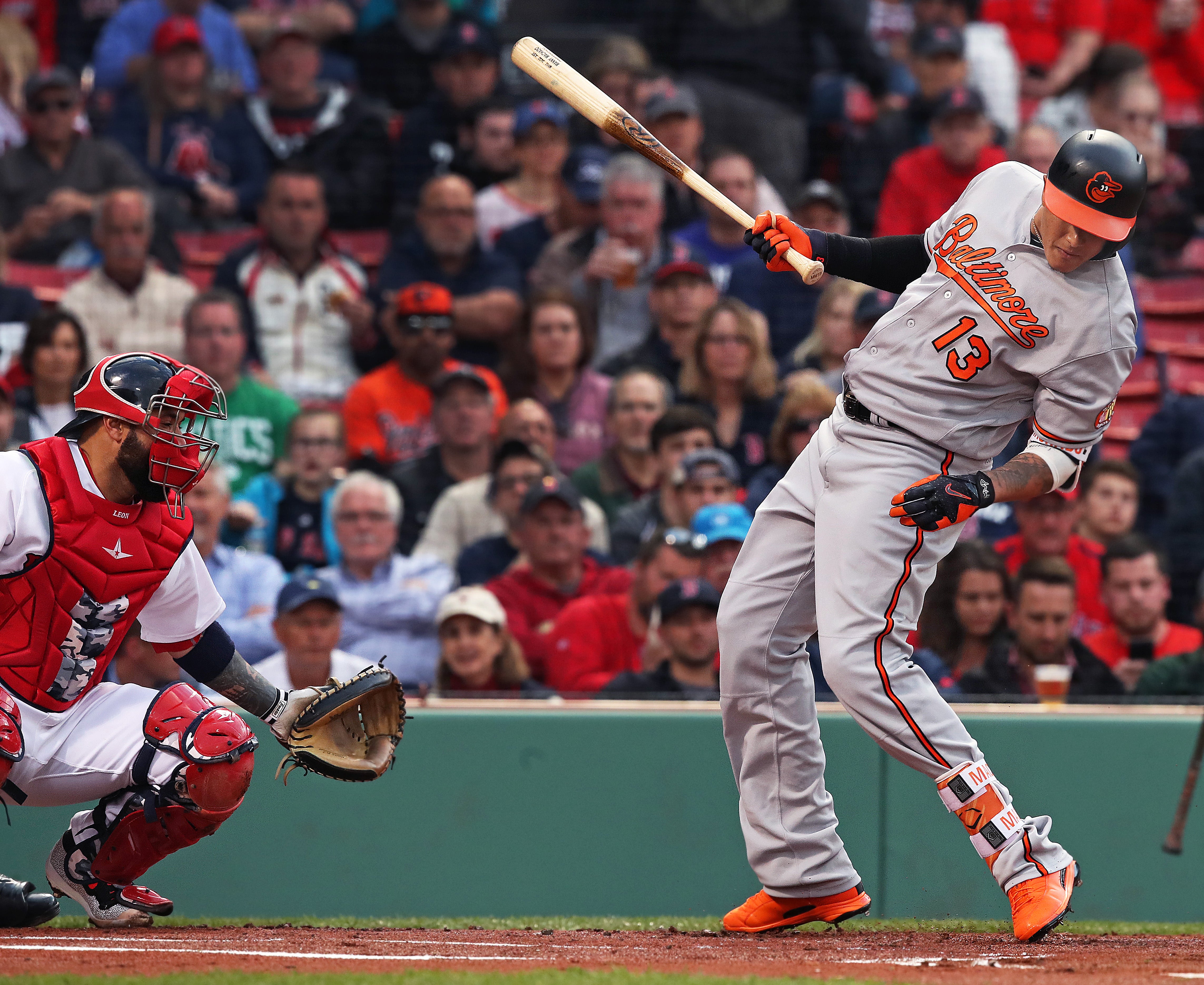 Orioles’ Manny Machado avoids a pitch from Red Sox starter Chris Sale in the first inning that prompted a warning to both teams by home plate umpire D.J. Reyburn.

Sale stepped off the mound to let a standing ovation build in the first inning Tuesday night as Jones approached the plate, a day after he was racially taunted at the ballpark.

But when Machado came up next, Sale threw a pitch behind his legs. After the Red Sox won 5-2, Machado was irate — and Sale unapologetic.

‘‘I lost my respect for that organization, Boston and how they’re handling that whole situation,’’ Machado said in an expletive-filled rant.

‘‘If they’re going to hit me, hit me. Go ahead. Get it over with. Don’t keep lingering it around and doing that. I’ve lost mad respect for that team and that organization,’’ he said.

Told about Machado’s tirade, Sale shrugged it off.

Jones, meanwhile, acknowledged the reception from the fans and Sale’s reaction. Earlier in the day, the Orioles center fielder received a personal apology from Red Sox team president Sam Kennedy on behalf of the club.

On Monday, Jones was targeted with racial slurs, and a bag of peanuts was thrown in his direction.

‘‘Just appreciative that action was taken and not everybody feels the same way as selected people,’’ Jones said. ‘‘Sale, who works extremely fast, took his time and let it relish a little bit, so I appreciate the sentiments.’’

Said Sale, a fellow All-Star: ‘‘I wanted to show him the respect he’s earned — he deserved. We have a great fan base here. I don’t want a few idiots to mess that up.’’

‘‘Boston fans came together and did the right thing today. Plain and simple. Adam’s one of the best players in the game. He’s very well respected. He’s a good guy. I know him. He’s a good person. I don’t think anybody deserves to go through anything like that,’’ he said.

Emotions have been elevated since Machado injured Red Sox star Dustin Pedroia on a slide April 21 at Baltimore. Pedroia missed the next three games. Two days after the slide, Red Sox reliever Matt Barnes threw a fastball behind Machado’s head and was suspended.

After Sale threw behind Machado, plate umpire D.J. Reyburn immediately issued a warning to both teams. Orioles manager Buck Showalter came out for a lengthy discussion with Reyburn, Boston manager John Farrell remained in his dugout.

‘‘Typically you don’t see it that early, and they’re going to determine there’s intent immediately,’’ Farrell said. ‘‘Obviously, with what’s being written about what’s transpired in the first six games or so that we’ve played, D.J. felt like it was an appropriate call.’’

Sale (2-2) struck out the side in the first, getting Jones and Machado, and fanned 11 in eight innings.

Machado hit a ball completely out of the park for the second straight night, connecting off Sale in the seventh.

Manny Machado hits his 6th homer of the season and pulls the @Orioles one run closer in the top of the 7th. #MLBNShowcase pic.twitter.com/b7fBgHoyh6

Hanley Ramirez homered twice for Boston. The Red Sox also hit into a bizarre triple play that began when shortstop J.J. Hardy had a popup fall behind him in shallow left field.

.@HanleyRamirez knocks his second homer of the night and the @RedSox lead 3-1 in the bottom of the 6th. #MLBNShowcase pic.twitter.com/jlvxnmxYST

Sale gave up three hits. Craig Kimbrel got three straight outs for his AL-leading ninth save in 10 chances.

The triple play came in the eighth with Mitch Moreland on second and Dustin Pedroia on first. Jackie Bradley Jr. hit a popup and Hardy called for the ball, but it dropped. The infield fly rule wasn’t called, and Hardy picked up the ball and threw to second, where Jonathan Schoop tagged Moreland and stepped on the base to force Pedroia. Schoop then threw to first to retire Bradley at first, who had peeled off and headed back to the dugout.

It was Baltimore’s 13th triple play overall and first since Sept. 1, 2000, against Cleveland. It was the first against the Red Sox since Aug. 6, 2011, against Texas.

Orioles: Closer Zach Britton returned to the Baltimore active roster. The left-hander converted 54 consecutive save opportunities dating to the end of the 2015 season and had five saves before going on the DL on April 16. … Baltimore optioned RHP Mike Wright to Triple-A Norfolk.

Red Sox: Knuckleballer Steven Wright was put on the 10-day DL with a sprained left knee, a move retroactive to Sunday. Wright is 1-3 in five starts with an 8.25 ERA. … RHP Brandon Workman was recalled from Triple-A Pawtucket.

Orioles RHP Kevin Gausman (1-2, 7.50) gets another chance Wednesday against Boston, which opened with four straight hits against him in a 6-2 win for the Red Sox on April 23 in Baltimore.

Red Sox: LHP Drew Pomeranz (2-1, 4.15) makes his fifth start of the season and third against Baltimore. He is 1-1 against the Orioles so far this season. 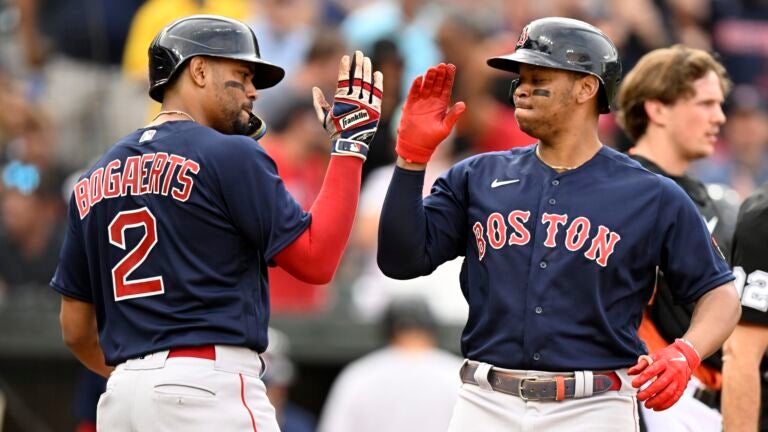