Theo Epstein helped to end baseball’s two longest curses. But when it comes to landing a jump off the top of his amplifier, the 43-year-old executive still has a little ways to go.

At the annual Hot Stove Cool Music concert at the Paradise Rock Club in Boston over the weekend (used as a fundraiser for a charity Epstein co-founded), the former Red Sox general manager leaped onstage to jam with Eddie Vedder. At the conclusion of one of the songs, Epstein—building to the finale—tried a standard guitarist move.

He hopped onto his amp and tried to jump off. It didn’t exactly go to plan:

Epstein jumped right back up after the tumble, unscathed.

He’s not quite at Marty McFly’s level of onstage agility yet: 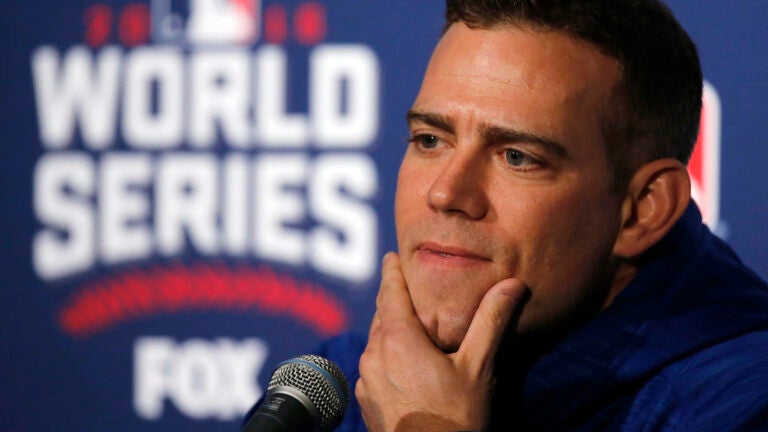