Sunday’s four hour and 32 minute loss to the Rays is going to sting for a while, and is emblematic of the frustration of this Red Sox season. For all the talent this Red Sox team has, it has remained in the middle of the pack. With the Blue Jays playing well – they’ve won five in a row and are suddenly only two and a half games behind Boston – the AL East is now a five-team scrum, and the Sox are smack in the middle of it.

The past two weeks were quite literally two steps forward, two steps back. Starting May 2nd, the team won two, then lost two, then won two, and then lost two, before they sandwiched two losses this weekend around their Saturday win. The team’s good players are mostly all playing well, but contributions from the back half of the roster remain inconsistent, and the Kyle Kendrick experiment (12 runs allowed in 8.1 innings) was a travesty that should never be repeated.

31. Steven Wright (Last: 19): Out for the season following successful knee surgery, Wright is on the 10-day disabled list, but he’ll move to the 60-day DL and off of these rankings the second the team needs the roster spot. Wright will finish the season with just 24 innings pitched and an undeserved 8.25 ERA. Hopefully he’ll be able to rebound next season.

30. Roenis Elias (30): He suffered a setback during his rehab and was scratched from his scheduled Friday start. Good times.

28. Robbie Ross Jr. (Not Ranked): Ross came back up to the team this past weekend, but in two outings he displayed the inconsistency that got him sent down in the first place.

27. Ben Taylor (21): With at least one run allowed in three of his four appearances, his feel-good vibes have evaporated. It’s time for him to produce.

26. Josh Rutledge (28): Welcome to the mini-third base power rankings within the power rankings! Rutledge is still the least valuable of the five players who have started at third for the Sox this year because quite frankly, he can’t field the position. At least he’s not striking out as much?

25. Pablo Sandoval (27): He can actually play third base, so that makes him better than Rutledge, even when he’s laid up.

24. Deven Marrero (NR): He’s not going to hit, but the former infielder has more than enough glove for third. He’s a good option if you want to have at least one aspect of the game played correctly.

23. Brock Holt (26): In the span of a month, Holt went from perhaps never seeing regular at-bats on the Red Sox again to being desperately missed.

22. Marco Hernandez (14): His season stats don’t really support it, but I think he’s still the best of the five options here. Unfortunately, he may be lost for the season, and prospect Rafael Devers may keep him from ever getting another shot at the starting job.

20. Heath Hembree (18): He’s allowed a .519 batting average on balls in play over the past 14 days. Whether that’s really bad luck or a sign that opposing hitters have learned how to attack him, Hembree allowed 11 runs (seven earned) the past two weeks, in just six innings pitched. Not what the team has needed.

19. Joe Kelly (22): It’s still impossible to figure out who this guy is, but perhaps he’s turned a corner. After getting just seven strikeouts in his first 14 appearances, he picked up three in his last two, and he hasn’t allowed a run in May.

18. Jackie Bradley Jr. (17): He’s started hitting in the past week. Sort of. He hit a double and a homer, which represents progress, but he got just four hits in 20 plate appearances and didn’t draw a single walk. We still have a ways to go, but the home run was a welcome sign.

17. Drew Pomeranz (12): After allowing just two runs in 5.1 innings and striking out seven on May 3rd in a win over Baltimore, Pomeranz lasted just four and then three innings in his next two starts. In those two starts, he allowed eight runs and walked the same number of batters he struck out (five). He also left Sunday’s start with an injury, and while he says he won’t miss any time, that’s definitely concerning given his history.

16. Fernando Abad (25): After allowing runs in six of his 18 appearances with the Red Sox in the 2016 regular season, Abad has allowed runs in just three of 13 appearances this season, and hasn’t allowed a run in any of his six May appearances.

14. Robby Scott (15): Scott is one of four relievers – Kelly, Abad and Craig Kimbrel being the other three – who has not yet allowed a run during May. The only team Scott has allowed runs to this season is the Chicago Cubs, and the only time the Sox will see them again is in October.

13. Chris Young (20): It’s easier to give struggling players like Bradley time off when you have support players like Young who can step into a starting role and produce. That’s what Young has done time and again for the Sox.

11. Sandy Leon (23): Just when you’re ready to write him off, he comes back to life. His three May home runs trail only Mookie Betts for the team lead.

10. Rick Porcello (13): Porcello just keeps on rolling. In his last three starts, he’s struck out 20 batters and walked none. All three were quality starts, running his quality start streak to five.

9. Dustin Pedroia (11): As I surmised in our last edition Pedroia has gotten on track at the plate. In May, he has hit .280/.373/.520. He’s homered twice, he’s doubled six times and he’s walked eight times against just four strikeouts. He even stole his first base of the season. This is the Laser Show that Red Sox fans know and love.

8. Hanley Ramirez (10): Ramirez has also picked up the pace in May, which has been a welcome sight after he got off to such a slow start. Ramirez also has more walks than strikeouts for the month, something he’s never done before in the month of May, and which he’s only accomplished in four other months in his career, most recently June of 2014 when he was still with the Dodgers.

7. Andrew Benintendi (3): The phenom has hit a bit of a rough patch. In his last five games, he’s 0-for-19, with three walks. These sorts of slumps happen, and it will be interesting to see how quickly Benintendi can recover from it.

6. David Price (7): He may just be one rehab start away from making his Red Sox season debut. He’ll be a big upgrade over Kendrick, who no Red Sox fan ever wants to see in a Boston uniform again.

5. Eduardo Rodriguez (6): For the season, he has struck out 29.6 percent of the batters he’s faced (42 of 142), which ranks ninth in the majors among starting pitchers and fifth in the American League. His 2.80 ERA is similarly excellent – 23rd best in the majors and 15th best in the AL.

4. Xander Bogaerts (5): For the season, Bogaerts is slugging .433. For May, he’s slugging .537. No, he hasn’t homered yet. For once, try to fixate on what he is doing well instead of what he hasn’t. He’s slugging so well in May because he’s hit seven doubles and a triple (both team highs). Oh, and his .339 batting average ranks fifth in the AL for the season, and his .396 on-base percentage ranks seventh. Bogaerts is a great hitter and the Sox are lucky to have him. The homers will come.

3. Craig Kimbrel (4): He hasn’t allowed a run since April 20th, and he’s struck out 55.9 percent of the batters he’s faced this season (33 of 59). Let me say that a different way – more than one out of every two batters he’s faced this season has walked back to the dugout with the bat on his shoulders. That’s astounding, and that strikeout percentage leads the majors.

2. Mookie Betts (2): He’s done plenty to unseat Chris Sale for the top spot. He’s doing so many things well, we could cite his statistics all day. Instead, let’s just cite one – his 1.9 WAR is 10th-best in the majors and fifth-best in the AL – only Sale, Mike Trout, Miguel Sano and Aaron Judge have been better.

1. Chris Sale (1): With 2.5 WAR, the only player in the majors who has been better than Sale this season is Bryce Harper (2.8 WAR). With seven straight games of 10 or more strikeouts, he is one game away from tying the all-time record – a record he shares (from 2015) with Pedro Martinez (from 1999). He is now just one of just four pitchers ever (Randy Johnson and Nolan Ryan being the other two) to strike out 10 or more batters in seven straight starts.

Next up for Sale should be the Oakland Athletics on Thursday. The A’s have struck out in 23.1% of the time, the fourth-highest mark in the majors and the second-highest in the AL, so Sale will have a great shot at tying his own record. 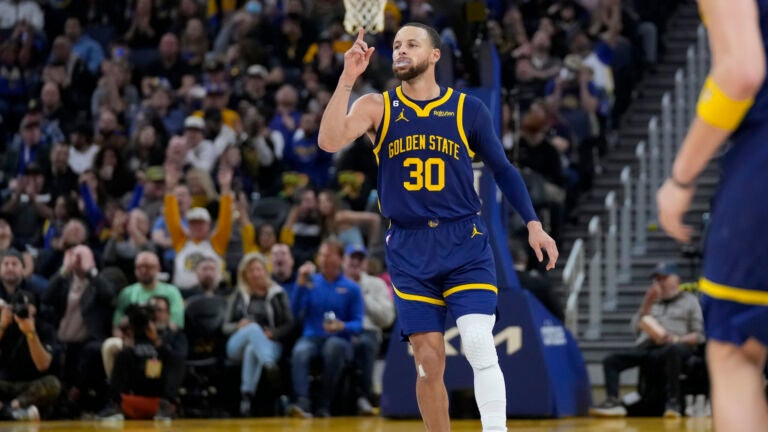