Sandy Leon isn’t necessarily known for his dexterity, but the stocky Red Sox catcher did his best Dustin Pedroia imitation to avoid the tag Saturday night with his game-winning slide.

“I saw him reach for the ball, so the right side was wide open so I decided to go for it without him touching me,” Leon told reporters after the game. “It was close, but he didn’t touch me.”

I’ve always said Sandy Leon is the most nimble man in baseball pic.twitter.com/lYTELqYsZI 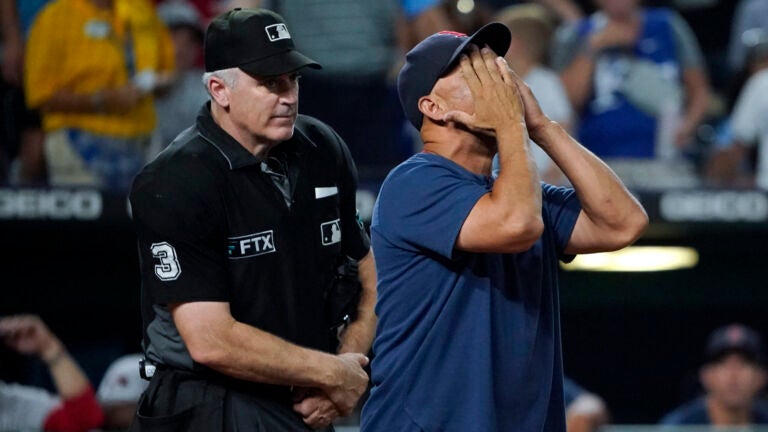 Alex Cora thrown out of Red Sox vs. Royals after odd home-run call