Hanley Ramirez has had a lot of experience with the postgame Powerade shower during the last two years. And it appears he’s stepping up his technique.

Red Sox newcomer Eduardo Nunez had already been doused with baby powder after notching two home runs and the game-winning RBI during Saturday’s game. But during his postgame interview, the infielder was hit with another surprise.

The new guy is fitting in just fine. pic.twitter.com/NHfZA7tFIA

Wait, where’d that come from? A different angle revealed the culprit.

“This is how you want to start with a new team,” Nunez said after the game. 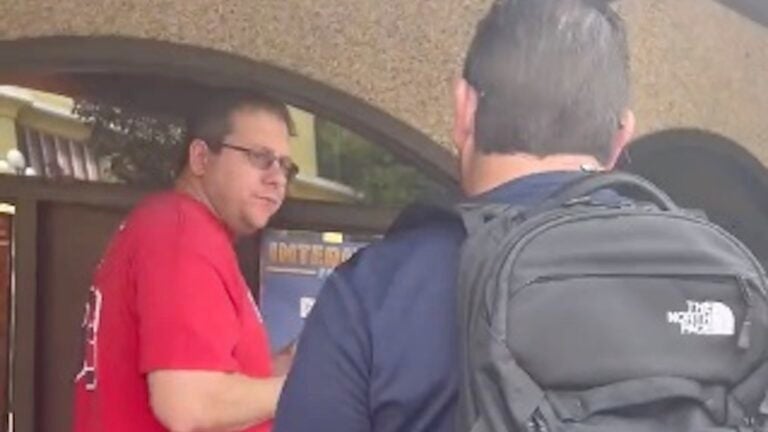 Jason Varitek surprised a fan at Canobie Lake Park. He didn’t recognize him.