Red Sox fans already endure some of the highest home ticket prices in the MLB. They’re about to get a bit higher.

The team announced Wednesday that ticket prices at Fenway Park will increase by an average of 2.5 percent. Similar to last year, this means ticket prices are going up $1 to $5 for many of the seats closer to the field, as well as the bleachers. Here are the sections affected by the price increase: 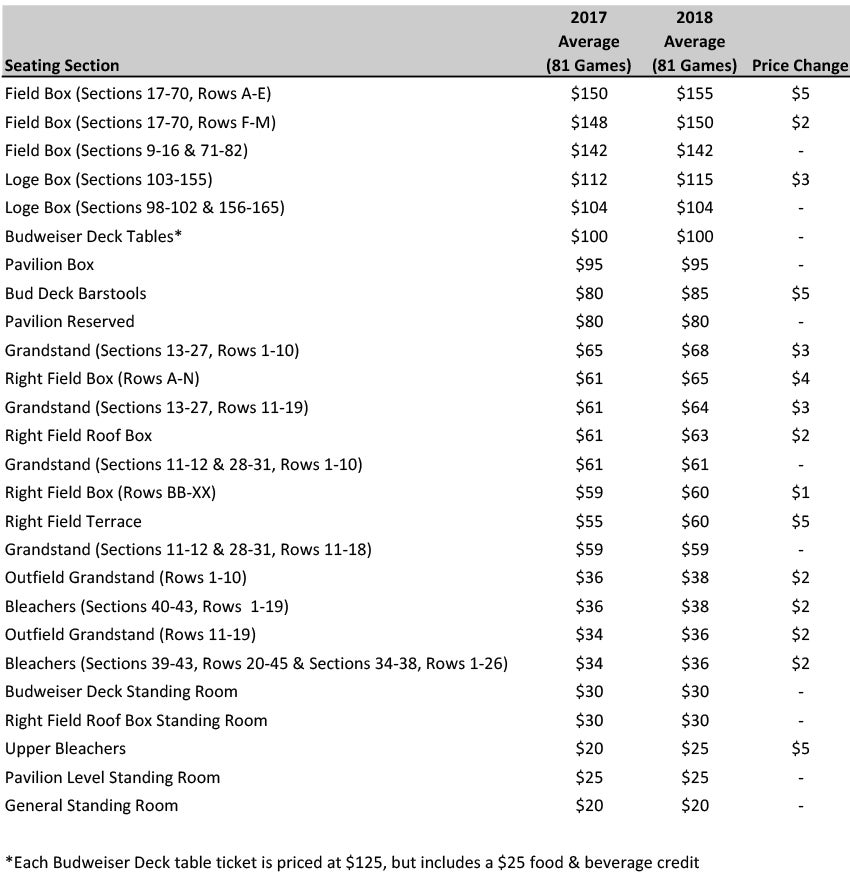 Since 2009, the average annual average Fenway Park ticket price increase is 1.7 percent. The largest percentage increase came in 2014, the season after the Red Sox won their third World Series in 10 years.

Forbes reported earlier this year that the Red Sox have the third-highest average ticket prices in the major leagues, trailing only the New York Yankees and the Chicago Cubs.

The team says it will continue to offer special reduced pricing for students, clergy, veterans, and active duty members of the military.

No word yet on what Fenway’s league-leading beer prices will look like next year.