When pitchers and catchers reported for Red Sox spring training last week, it was an early sign of warmer things to come for fans back in Boston. A century ago, Babe Ruth offered the same sunny promise as he waited for his ride south, saying, “I’ll see you kids at Fenway Park this summer.”

The Ruth-led Red Sox of 1918 went on to win the World Series, beating the Chicago Cubs in a season that was cut short by World War I. The 2018 Boston team will be looking to do the same (sans WWIII) under first-year manager Alex Cora, and the journey there started Monday with the first full squad workout in Fort Myers, Florida.

At Fenway South, Chris Sale and Mookie Betts will take the field in a stadium that serves artisan gelato in the concession stands under an undulating canopy roof inspired by cypress trees. There was no artisan gelato in Hot Springs, Arkansas when Bullet Joe Bush arrived in 1918. 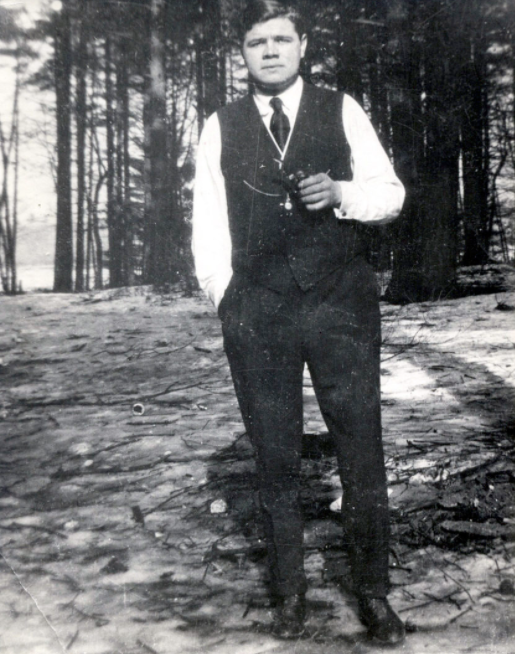 Babe Ruth at Willis Pond in Sudbury prior to spring training in 1918.

On the way to Hot Springs, the team held a meeting in the train’s smoking compartment

Ruth, who was 23 years old in 1918, spent the winter living in a cabin in a pine tree grove splitting firewood, fishing, and shooting targets with his rifle. In early March, he hopped on a train in Boston with catcher Dan Howley, writers, cartoonists, and photographers. The Boston Globe’s Edward Martin reported from spring training, detailing the trip south and the happenings in Hot Springs. The train picked up a few soldiers on leave from Camp Devens and Ruth passed around his cigars on the way to Albany. Team owner Harry Frazee and more players climbed aboard in Albany, but Sox prospect Henry Libel did not. Libel had read a few nice write-ups about himself in the papers, decided he was worth more than he was getting paid, and refused to travel with the team. Martin, in a turn of phrase that might be applied to J.D. Martinez in the near future, wrote that Libel ‘must have something on his mind besides his hat.’ On the long ride south, manager Ed Barrow held a team meeting in the train’s smoking compartment.

Hot Springs was a springtime spa for the ballplayers

When the train finally reached its destination, players headed straight for the bathhouses that gave the town its name. In the thermal baths, players spent hours sweating off the alcohol and excess pounds they’d added in the offseason. The players eyed up the nearby Ozark Mountains nervously, according to Martin, knowing the spring training regimen would demand many trips up and down and over them. But the veterans knew their way around the hills, and one player told another, “Follow a couple of guys on the ball club who know of a certain short cut.” The Red Sox built their own grounds, Majestic Park, in Hot Springs (Bill Clinton’s hometown) in 1909. In the seven years the team trained there, Boston won four World Series.

Ruth was forced to become a hitter

Ruth had always been a pitcher for the Red Sox, but when numbers were short he was sent out to cover first base in one of the spring training games. The switch worked, to say the least. Ruth hit two home runs in the game, one of them traveling 573 feet before landing in an adjacent alligator farm. The Sox liked what they saw in that game and decided to give Ruth time in left-field during the regular season. According to Allan Wood’s Babe Ruth and the 1918 Red Sox, Sox manager Barrow had been loath to do so before, despite Ruth desperately wanting to play and hit everyday. Barrow told one person who suggested the move, “I’m not going to give in to every impulse that big monkey has. Can you imagine if I put the league’s best left-hander in the outfield. They’d have me investigated. I’d be the laughing stock of the league.” Safe to say Barrow did not become the laughing stock of the league. Ruth led the American League with 11 home runs in 1918, setting him on his way to 714 career trips arounds the bases.

As the Boston ballplayers climbed the Arkansas hills in early 2018, the Great War raged on in Europe. On January 30, Martin reported in the Globe that Red Sox outfielder Jimmy Walsh enlisted as a machinist’s mate in the Navy. In March, Germany launched the Spring Offensive, their last-gasp thrust against the Western Front. By the time April came around, there were 19 players on the Sox roster. The Red Sox were not immune from the war effort as restrictions were put in place that required draft-age men to enlist or find a job in a war-related industry. The baseball season was shortened to September, and the MLB owners had to finagle their way into an extension for the players competing in the World Series. The national anthem was played for the first time at the World Series that year as the Red Sox beat the Cubs, and the war drew to a close in November. 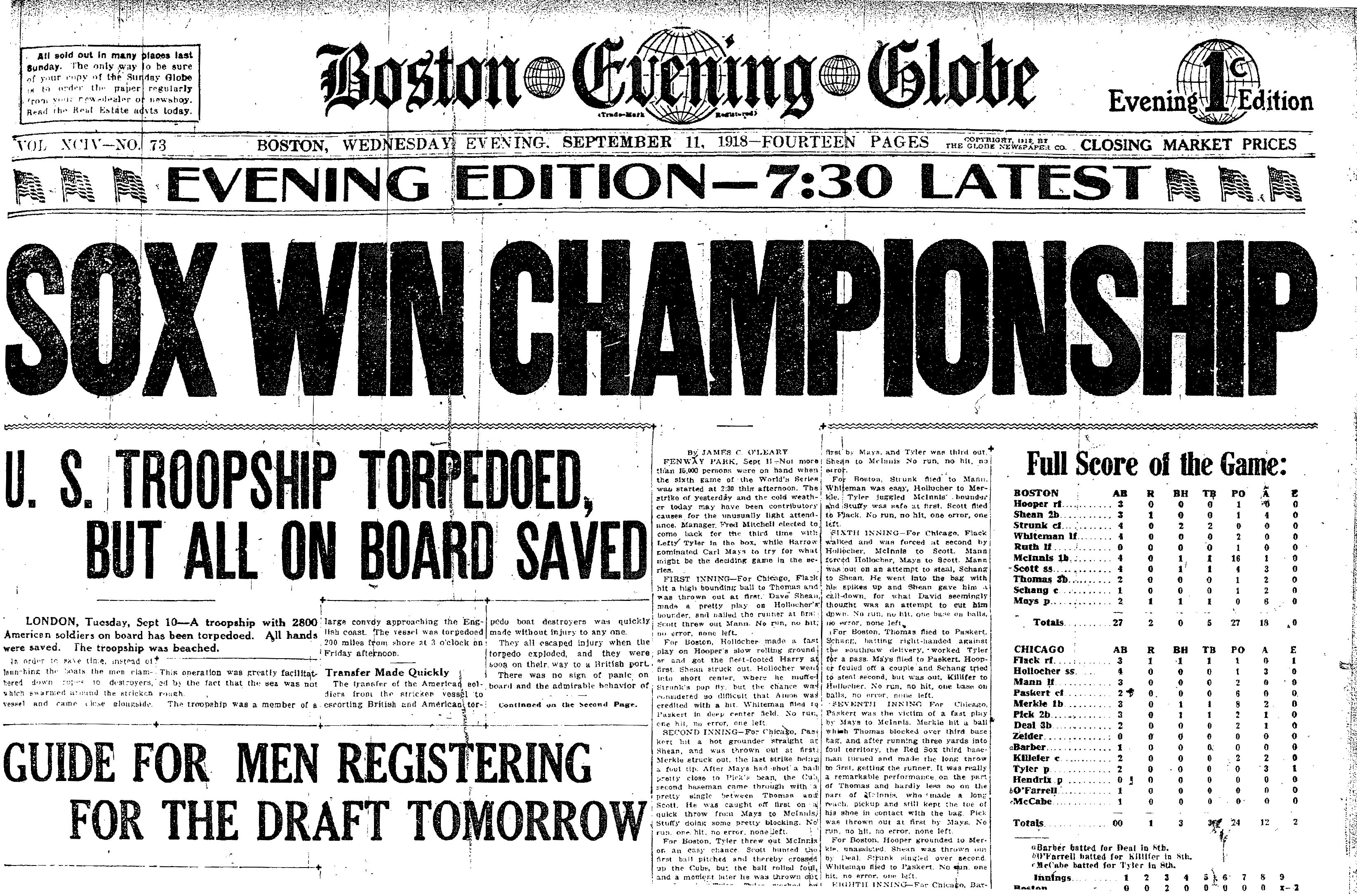