Update: The banner was returned to Fenway Park Wednesday afternoon. A Red Sox spokeswoman told the Globe the people who returned it received nothing in return.

Louie Iacuzzi said he ran across McGrath Highway in Somerville Monday morning to retrieve a mysterious package wrapped in a brown paper bag.

“It was so big on the street,” Iacuzzi told the Boston Globe‘s Travis Anderson Wednesday. “It was wrapped up, [so] it has to be something. A car ran over it, another car ran around it. [I thought], ‘I’m gonna get this.'”

What Iacuzzi, a 44-year-old Malden resident, unveiled was none another than the division title banner for the 2018 Red Sox. With a win over the New York Yankees, Boston could clinch the AL East Wednesday evening. To obtain their commemorative banner, however, the team is likely going to need to fork over some form of payment (e.g. money or tickets).

Iacuzzi said his dad suggested he list the banner on eBay, but he said he plans to return it to the original owner — just at a cost. The Red Sox said in a statement Wednesday they have “been in touch with the people who have the banner in their possession and provided them with a variety of ways they may return it to us or the original vendor.” Iacuzzi did not have a specific asking price in mind Wednesday.

Hear more from Iacuzzi and his friend: 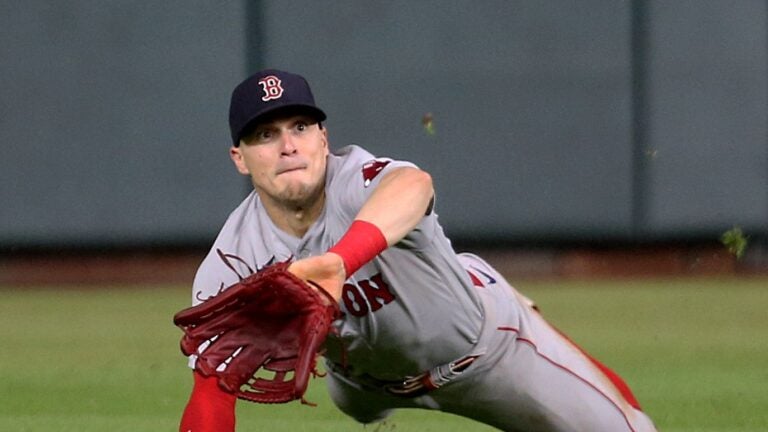