NEW YORK (AP) — Gerry Davis, who has umpired a record 144 postseason games, will be the crew chief for the NL Championship Series.

Joe West, whose 5,194 regular-season games are second to Bill Klem’s 5,375, will be the AL Championship Series crew chief, the commissioner’s office said Thursday.

Scott Barry will be behind the plate for Friday night’s NL opener between Milwaukee and the Los Angeles Dodgers. Alan Porter will be at first, Davis at second, Hunter Wendelstedt at third, Jim Wolf in left and Brian Gorman in right.

Greg Gibson will be the replay umpire in New York for the first two games. He’ll join the crew for Game 3 while Barry switches to the replay room. Gibson would be behind the plate for a Game 7.

James Hoye will call balls and strikes for Saturday night’s AL opener between Boston and Houston. Vic Carapazza will be at first, West at second, Mark Carlson at third, Chris Guccione in left and Mark Wegner in right. Bill Miller will be the replay umpire for the first two games. He’ll join the crew while Hoye goes to the video center. Miller would be the Game 7 plate umpire. 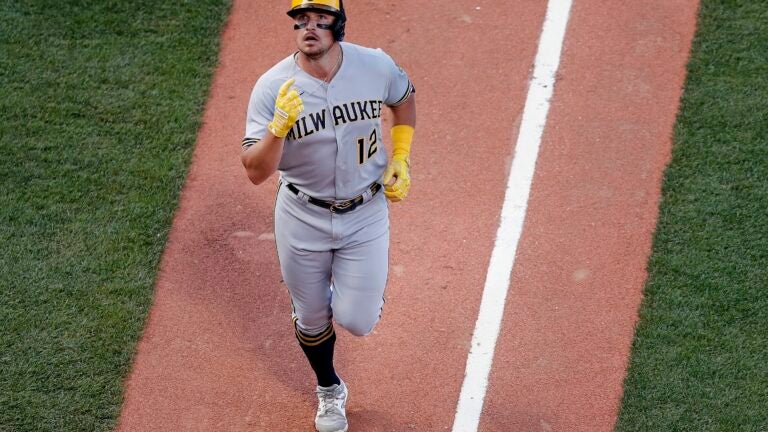