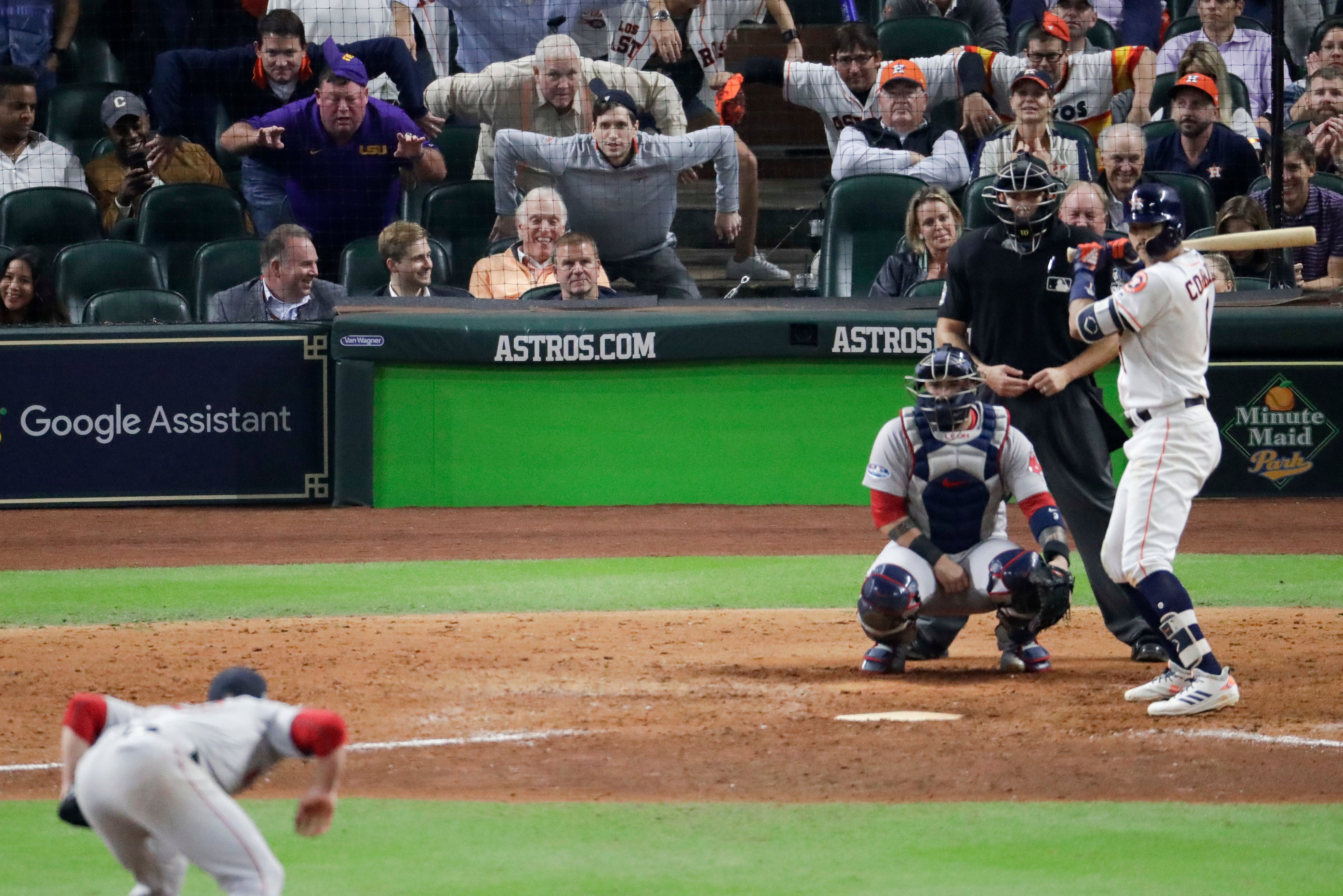 Craig Kimbrel pitched a career-high two innings Wednesday night to get the Game 4 save, so Houston Astros fans had some extra time to observe his distinctive pre-pitch pose.

And then they had some fun with it.

Imitation is the sincerest form of flattery. pic.twitter.com/sW70R9bAbj

The Red Sox closer has attributed his unusual mound ritual — in which he bends down low toward the plate to get the catcher’s signs, while extending out and dangling his right arm — to biceps tendonitis he got in 2010 that made it too painful to hold his arm behind his back.

The fans kept the mimicry going Wednesday night through the end of his six-out save.

Though it was Kimbrel and the Red Sox who got the last laugh.

It’s hardly the first time the 30-year-old reliever has had his delivery mocked as he pitched. And in one particularly remarkable instance in Philadelphia when he was with the Atlanta Braves, more than a dozen jeering Phillies fans mimed Kimbrel’s posture as he pitched.

In 2016, Kimbrel explained that even though he often hears about it from others, the stance isn’t unusual to him.

“It’s just something that feels right to me while I’m picking up my signs,” he told The Boston Globe. “That’s about it, but people have made such a big deal out of it, which is fine. I guess it looks funny to people, but it’s normal for me.” 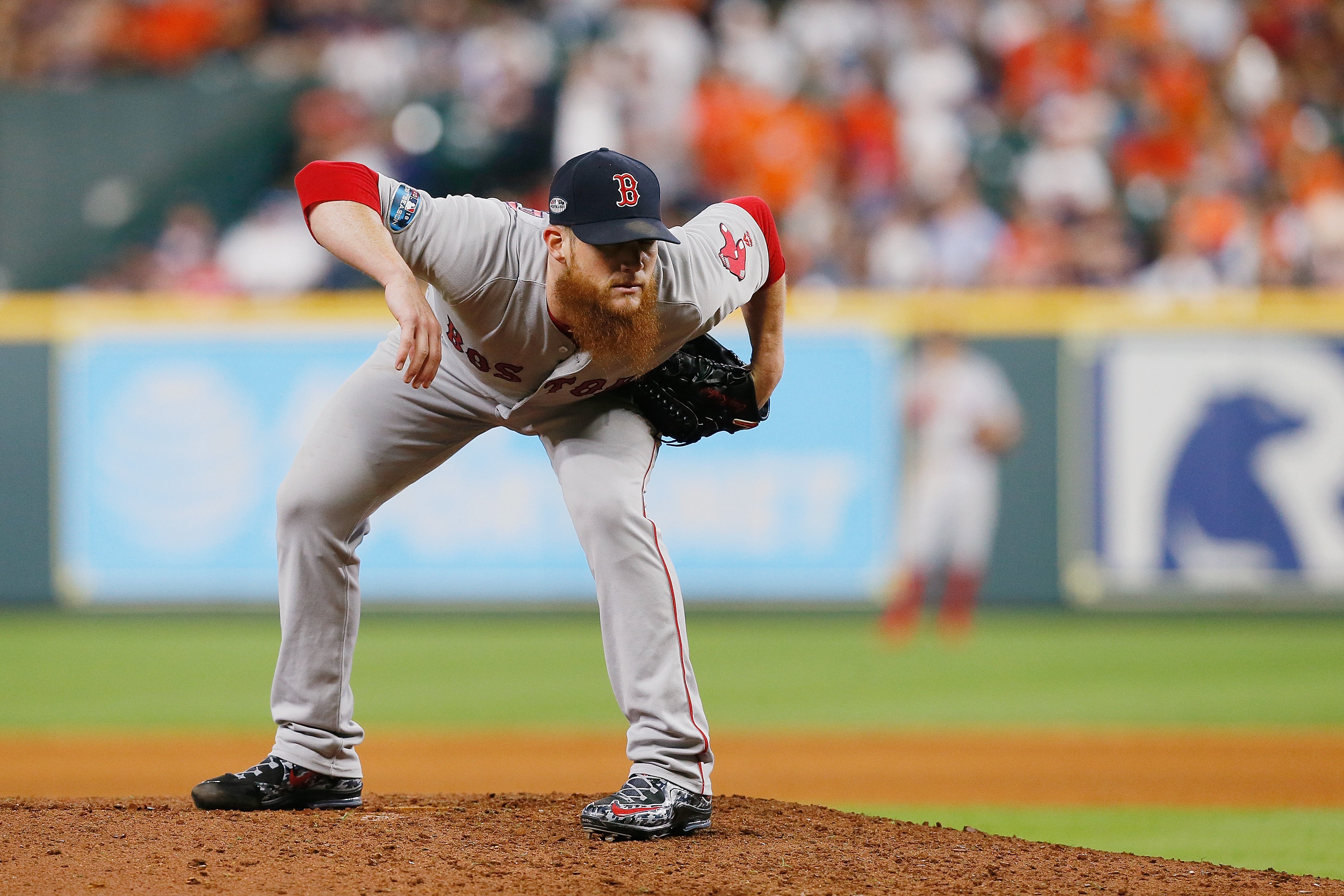 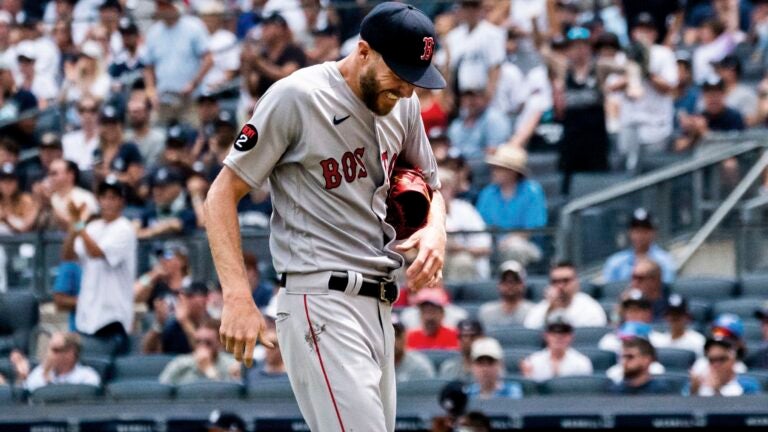