Five-plus hours of baseball can make a player hungry.

Especially if he just scored the go-ahead run in Game 3 of the World Series.

During the 13th inning of Friday night’s extended contest between the Red Sox and Dodgers, utility man Brock Holt was spotted chowing down on a banana in the away team’s dugout at Dodger Stadium. The potassium-enriched fruit was a well-deserved snack, as Holt had just drawn a lead-off walk and — thanks to a misplayed grounder and some swift base-running during the next at-bat — went on to round the bases and give the Red Sox a one-run lead. The advantage was fleeting, however, as Los Angeles tied things up in the bottom of the 13th.

The two teams went on to play five more innings and two more hours of baseball, so Holt might have needed another banana. 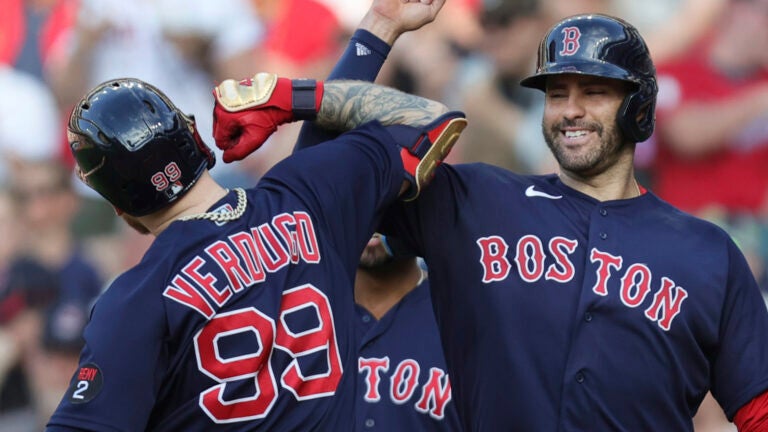