The long-standing feud between actor Matt Damon and talk show host Jimmy Kimmel picked up at Dodger Stadium for Game 5 of the World Series Sunday night.

Damon, a Cambridge native, and Kimmel were spotted in the stands repping “I’m with Stupid” T-shirts — complete with arrows pointed at each other — in their respective team colors. The pair’s jokingly hostile relationship began in 2006, when Kimmel would end his eponymous show by pretending there was no time for its last guest, Damon, even if the actor was not scheduled to make an appearance.

Their antics have since made their made way into post-Oscars specials, the Emmys, and now the World Series. Joining Damon and Kimmel in the stands was actor (and Damon’s childhood friend) Ben Affleck, who attended Game 4 Saturday as well. 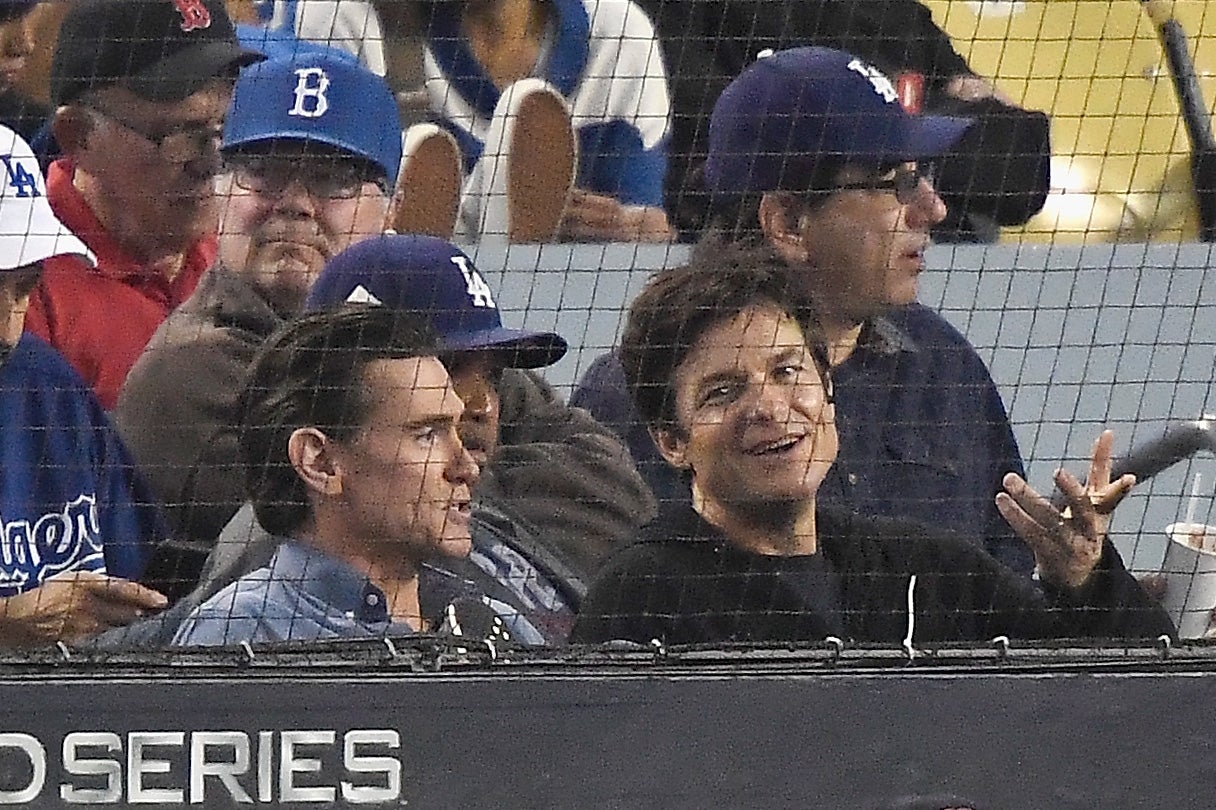 Rapper Lil Wayne, who frequently cheers for the Red Sox on Twitter, was also among the 54,367 people filling the baby blue and gold seats.

Watch: Matt Damon and Ben Affleck explain why they hadn't written together since 'Good Will Hunting'