The Red Sox defeated the Dodgers, 5-1 in Game 5 of the World Series Sunday night to capture their ninth World Series title.

Here are the key plays and events from the night:

Game 5 starts with a bang

Steve Pearce, the third batter of the game, made sure the Red Sox got off to a good start when he homered on the first pitch he saw from Clayton Kershaw to drive in Andrew Benintendi and put two runs on the board. The Red Sox led, 2-0, before the Dodgers batted once. 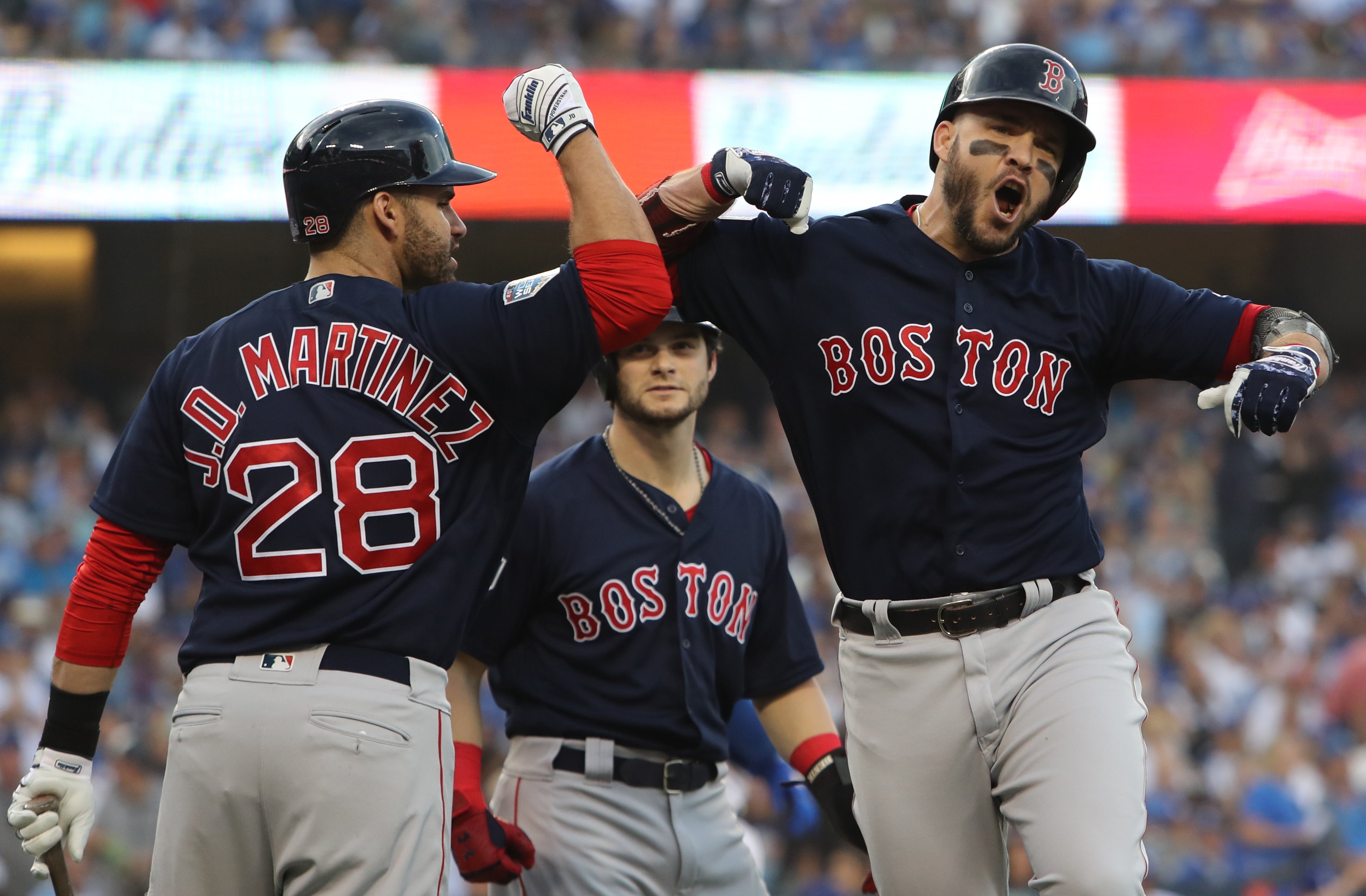 Steve Pearce was greeted by J.D. Martinez after his two-run home run in the first inning.

In the bottom of the first, on David Price’s first pitch, David Freese blasted a solo home run to right-center field. That cut Boston’s lead to 2-1. It was the lone mistake that Price would make, as he allowed just three hits through seven innings, and retired 14 straight Dodgers at one point. David Freese rounded the bases after hitting a solo home run in the first inning.

After a prolonged slump in the World Series, Mookie Betts connected in the sixth inning to drive one out off Kershaw and give the Red Sox a 3-1 lead. It the first postseason home run of Betts’s career.

Before the game, manager Alex Cora had a hunch Betts would deliver.

“I’ve got a feeling that the leadoff guy is going to have one of those games that he takes over. He’s due,’’ Cora said. 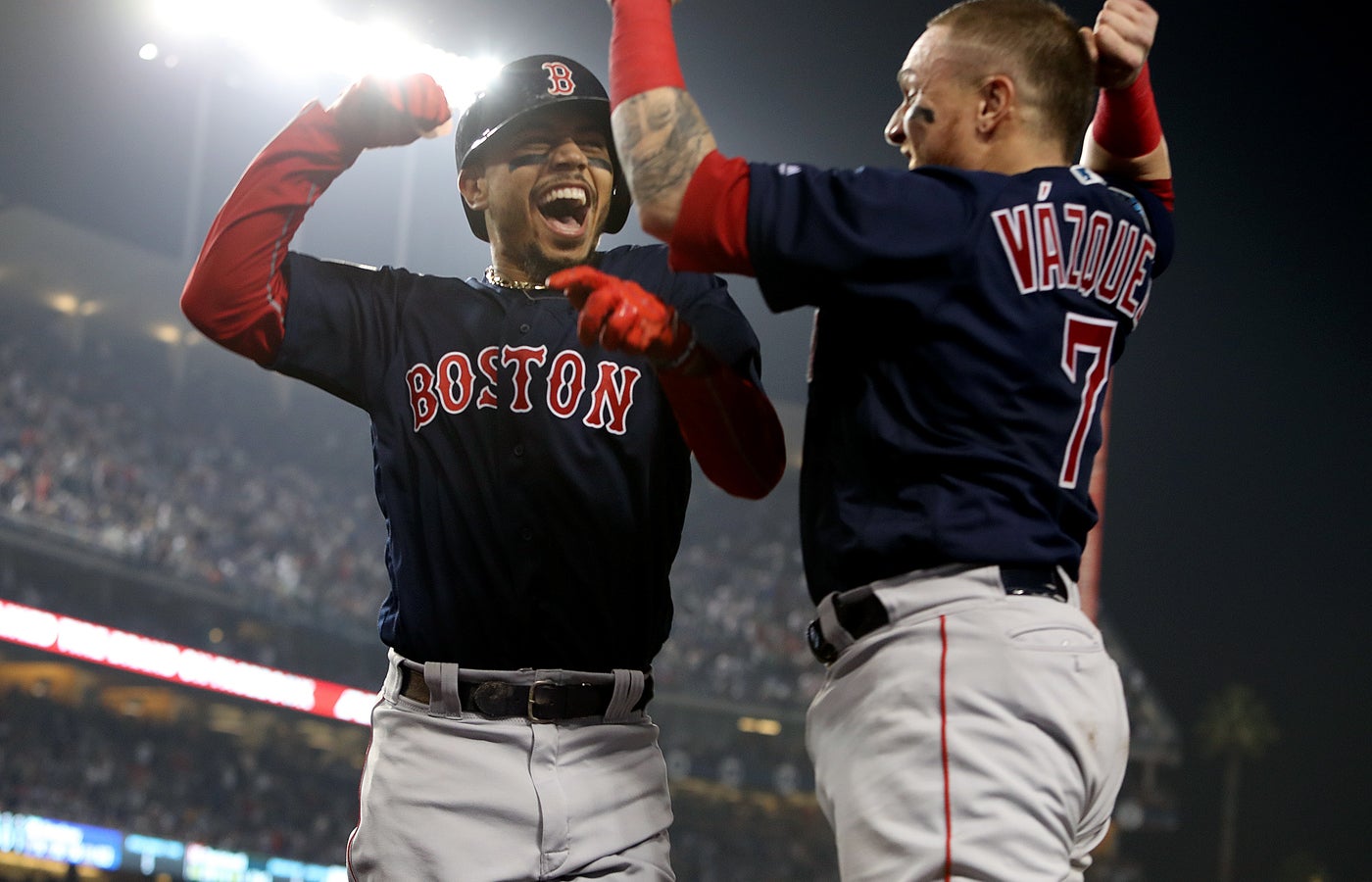 Mookie Betts celebrated with Christian Vazquez after hitting a home run in the sixth inning.

J.D. Martinez opened the seventh inning with a solo blast to deep center field to make it 4-1. Martinez improved to 9 for 16 against Kershaw, with three home runs. 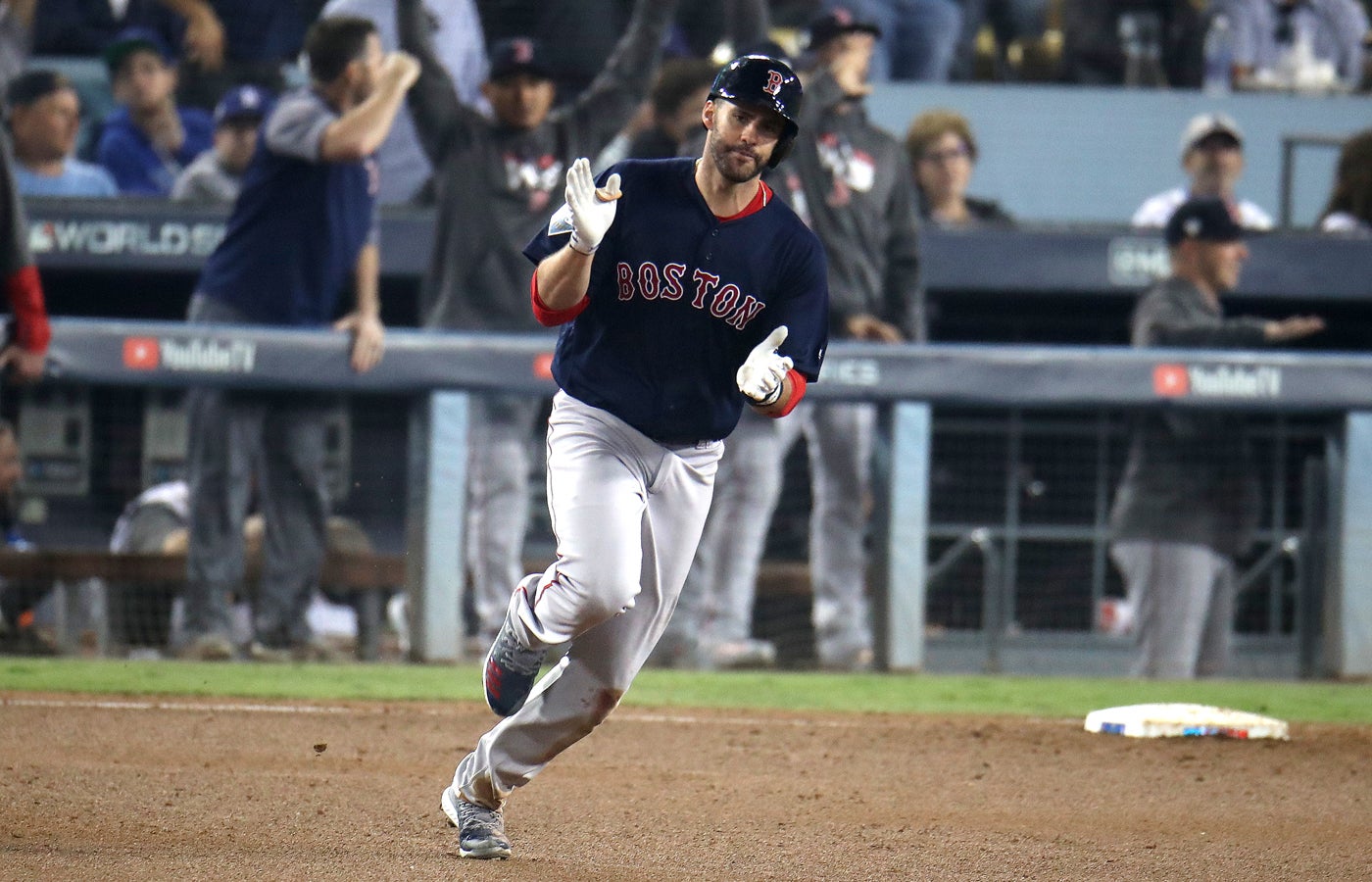 J.D. Martinez rounded the bases after hitting a solo home run in the seventh inning.

Pearce does it again

In the top of the eighth, Steve Pearce continued his assault on Dodgers pitching with another big hit, this time a solo home run off Pedro Baez, who came on in relief of Kershaw, to give the Red Sox a 5-1 lead. Pearce was named World Series MVP. 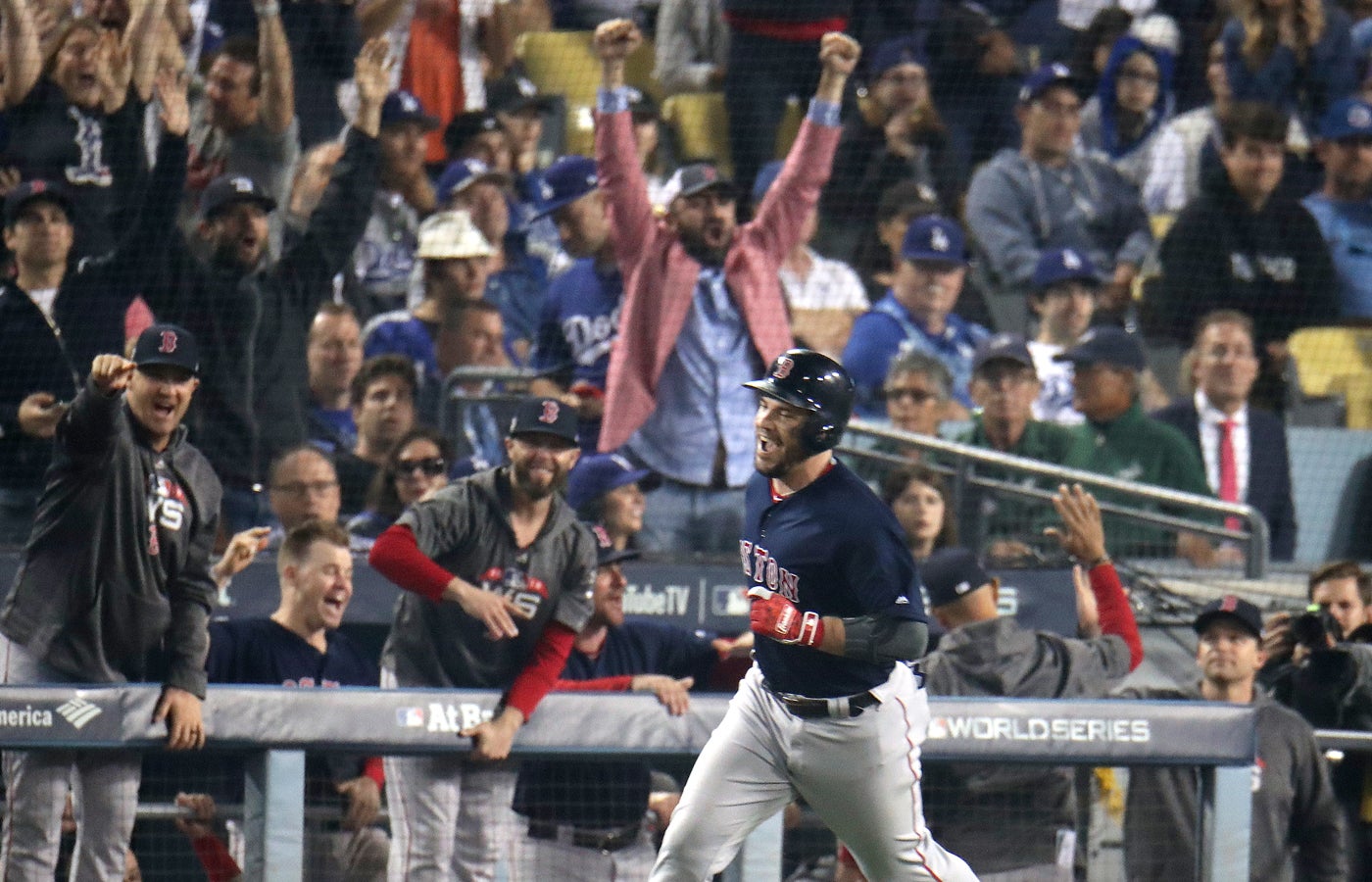 The Red Sox bench erupted as Steve Pearce trotted around bases after hitting a solo home run in the eighth inning.

Chris Sale closes it out in style

Chris Sale came on in the ninth inning and retired the side, striking out Justin Turner, Keke Hernandez, and Manny Machado in order to get the celebration started. Christian Vazquez jumped onto Chris Sale after the Red Sox defeated the Dodgers 5-1.

David Price put the finishing touches on completely re-writing his personal playoffs story in Game 5. Previously known for his postseason failures, Price dominated the Dodgers lineup into the eighth inning, allowing only one run on a first-inning home run.

Price started Game 2 of the World Series and made a relief appearance in the marathon Game 3 to go along with three other playoff appearances.

Many expressed the opinion after Game 5 that Price should have been the World Series MVP or shared the honor with Pearce.