Chris Sale had his son, Brayson, in his arms as he made the media rounds demanded of a newly crowned World Series champion. The ace, who struck out the side in the ninth inning to clinch the Red Sox’ win over the Dodgers, comforted the one-year-old when he started to cry during an interview with a television crew.

“I’m not a big fan of him either bud,” Sale said, smiling at the WBZ reporter in question.

Sale also joked that it was his wife that deserved most of the credit for the “beauty” in his arms. Like many of his teammates after Game 5, the Red Sox pitcher was quick to give his family credit for the victory, too. The support systems that allow the players to compete had their moment in the spotlight on the Dodger Stadium diamond, and they made the most of their star turn.

Bradley’s wife, Erin, told WBZ that it was “super exciting” to see her husband play a key role in the Red Sox’ run to the title, including his nine RBIs in the ALDS.

“I think people have doubted him his whole career and it’s really nice to see all of his hard work come to fruition and that people are actually seeing what I know he can do and what he knows he can do,” Bradley said. “I’m happy for him and proud of him.”

❤️ SUCH A CUTE MOMENT! ❤️
Joe Kelly gets some help during his interview with @ButchStearns as the #RedSox celebration continues on Boston 25 News! ? https://t.co/SPPgu6hqtg pic.twitter.com/mr9OYkWGzD

Red Sox closer Craig Kimbrel, whose daughter Lydia Joy was born with heart defects in November, was emotional as he described the culmination of the season. 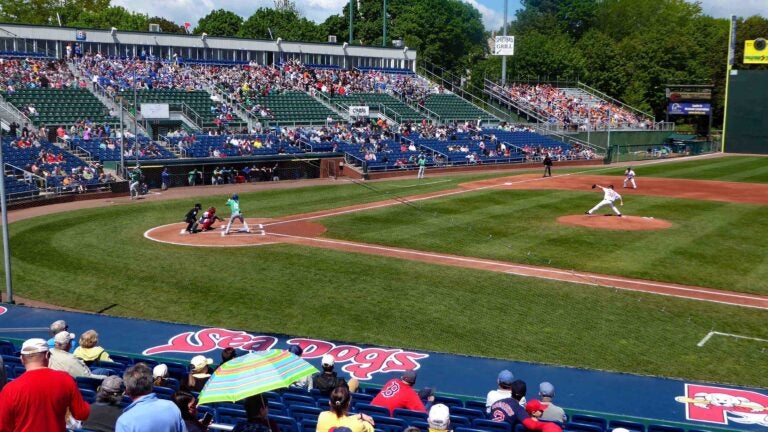 Portland Sea Dogs are being sold, but sticking with Red Sox