“That moment when you become MVP!”

That’s the caption the Red Sox put on a photo showing the moment Mookie Betts was named the Most Valuable Player in the American League.

In the photo, Betts can be seen holding onto his baby daughter as he’s surrounded by cheering friends and family.

That moment when you become MVP! pic.twitter.com/i4ioFpHj9z

Shortly after the Red Sox tweeted, Betts posted his own message, stating he “couldn’t ask for more!”

Betts received 28 first-place votes and 410 points from the Baseball Writers’ Association of America. 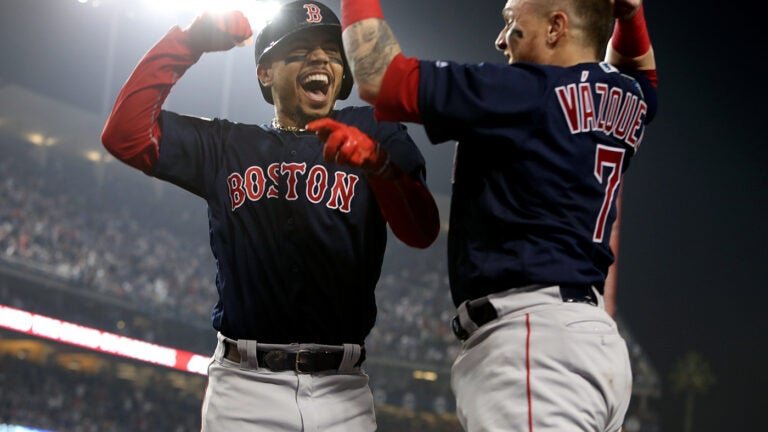