FORT MYERS, Fla. — Center fielder Jackie Bradley Jr. said Wednesday he would not accompany the Red Sox to the White House in May.

“I don’t get into politics, but I won’t be going,’’ Bradley told the Globe.

Bradley joined Mookie Betts and Rafael Devers as players who have said they would not attend the ceremony to honor the World Series champions, which is scheduled for May 9. Eduardo Rodriguez also said he is unlikely to attend, while manager Alex Cora is undecided, as are infielders Xander Bogaerts and Eduardo Nunez. Matt Barnes, Ryan Brasier, Brock Holt, Brian Johnson, Mitch Moreland, Chris Sale, and Blake Swihart have said they would attend.

Rick Porcello said last month he would do whatever the team decided and hoped it would be a uniform decision. But that has not been the case.

Bradley visited the White House twice with University of South Carolina teammates after winning the College World Series in 2010 and ‘11. 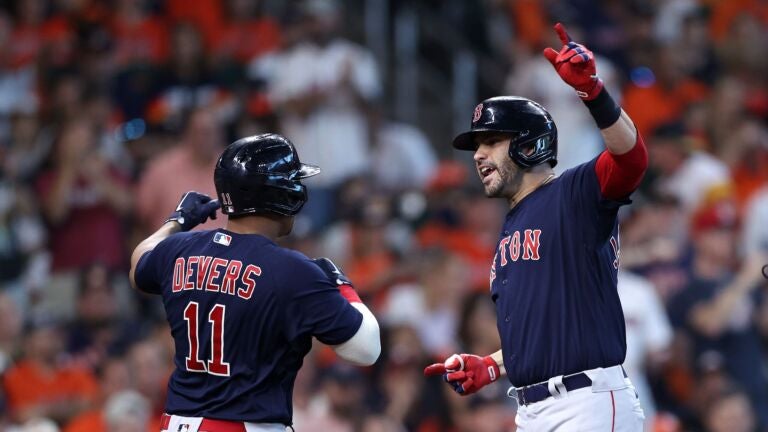 Red Sox even up the ALCS behind grand slams from J.D. Martinez and Rafael Devers in Game 2