OAKLAND, Calif. — Center fielder Ramon Laureano threw out another Red Sox runner in a key spot, and the Oakland Athletics kept Boston stumbling with a 7-3 win on Thursday.

Laureano tossed out three runners as the A’s took three of four in the series. Stephen Piscotty went 4 for 4 with a home run, double and five RBIs to help Oakland win for the fifth time in six games.

The Red Sox fell to 2-6, the worst start for a defending World Series champion since the stripped-down Marlins struggled in 1998. They are 16-38 in their last 54 games at Oakland and 3-13-1 in their last 17 full series at the Coliseum.

J.D. Martinez homered, and has hit safely in all eight games. Steve Pearce was 1 for 4 in his season debut, striking out three times and thrown out trying to stretch a single.

Mookie Betts led off the Red Sox ninth inning with a walk and tried to take third when Andrew Benintendi followed with a bloop single. But Laureano charged the ball hard and threw on the run to catch Betts, with the out call being upheld on replay.

The 24-year-old Laureano made his major league debut last year. He now has 12 assists in only 57 games in the outfield with the A’s.

Anderson walked home two runs in the first inning. Martinez connected for his third home run in the third, making it 3-0.

The A’s tied it in the third on Piscotty’s three-run homer off Eduardo Rodriguez (0-2). Rodriguez gave up six runs on eight hits and three walks in 3 2/3 innings, though he did record his 500th career strikeout in the first when he got Khris Davis swinging to end the inning.

Piscotty got a gift two-run double with two outs in a three-run third. Oakland had runners at second and third when Piscotty hit a fly to the warning track that split Jackie Bradley Jr. in center and Betts in right — neither outfielder called for the ball and it landed between them, bouncing over the fence for a double.

That’s 5️⃣ RBI for Stephen today and we’re back in front! #RootedInOakland pic.twitter.com/MAX16SPU4k 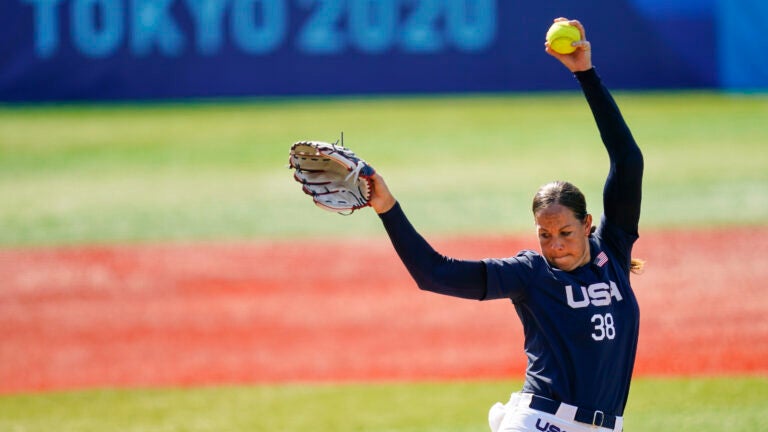