When Red Sox first baseman Mitch Moreland knocked a double to tie up Thursday’s home game against the Toronto Blue Jays, the baseball wasn’t the only thing flying through the air.

An unauthorized drone hung above Fenway Park and grabbed the attention of fans and players alike just before 10 p.m.

The drone is back at Fenway for the 9th pic.twitter.com/oIcXL4exec

While it’s currently unclear what exactly the gadget was doing hanging around the ballgame, what is known is its presence violated federal regulations.

“Flying drones in/around stadiums is prohibited starting 1hr before & ending 1hr after the scheduled game & prohibited within a radius of 3 (nautical miles) of the stadium,” the Federal Aviation Administration wrote on Twitter.

The agency said civil penalties for the violation could cost up to $32,666 and criminal fines could total $250,000 with possible jail time up to three years.

FAA Statement: The FAA is investigating a report that a #drone flew over @fenwaypark during the baseball game last night. Flying drones in/around stadiums is prohibited starting 1hr before & ending 1hr after the scheduled game & prohibited within a radius of 3 nm of the stadium. pic.twitter.com/o6nOGVf8K2

In a statement to Boston.com, a Red Sox spokesperson said the drone “was flown above the ballpark by an unidentified individual,” adding that the club has reported the incident to the Boston Police Department for investigation.

As of Friday morning, police were still investigating the incident and had not yet found the drone’s owner or operator, according to Officer Kim Tavares, a department spokeswoman.

Adam Lisberg, a spokesman for drone manufacturer, DJI, said in a statement the device in question is apparently a DJI Phantom model.

The company is working to find out more information about what happened and is ready to assist authorities in the investigation, he said.

“Whoever flew this drone over the stadium apparently overrode our geofencing system and deliberately violated the FAA temporary flight restriction in place over the game,” Lisberg said in the statement.

The company has what it calls the “AeroScope system,” which can identify and track drones in areas where the program is installed, he said.

“This incident shows why the federal government must mandate a remote identification system for airborne drones as soon as possible,” Lisberg said.

For Moreland, the drone was a distraction — albeit a brief one — before he tied the game at 6-6.

“It kind of threw me off,” he said afterward, according to MassLive. “I looked up and was like, ‘They’re not supposed to have these around here, are they?’ I figured I’d try to hit it or something.” 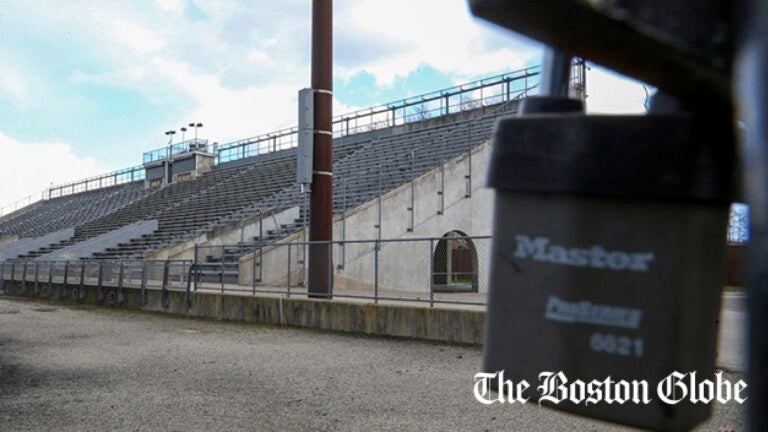