The 2019 Major League Baseball draft begins Monday night, although the Red Sox will have to wait a little bit to make their first selection. Their top pick, initially No. 33, was dropped 10 spots as a penalty for being more than $40 million over the tax threshold.

Sox fans shouldn’t feel discouraged, though. As Alex Speier wrote last week, the team has been able to find talent beyond the first round. In 2004, Dustin Pedroia was selected in the second round with the 65th overall pick, and in 2002, they grabbed Jon Lester with the 57th pick. On both occasions, the Sox did not have a first-round pick

According to the Associated Press, players drafted by the Red Sox since 1996 have accounted for 697 WAR, the top mark in the majors. That includes every pick, regardless of whether the player signed with the Red Sox after being selected.

When only signed players were counted, the Red Sox fell into second place behind the St. Louis Cardinals.

The bases were loaded. pic.twitter.com/lUSlDRYGLY

Here’s what you need to know ahead of the draft:

Where: At MLB Network Studios in Secaucus, N.J.

Who’s up first? The Baltimore Orioles have the No. 1 pick, followed by the Kansas City Royals, Chicago White Sox, Miami Marlins, and Detroit Tigers for the top five picks. Here is the draft order. 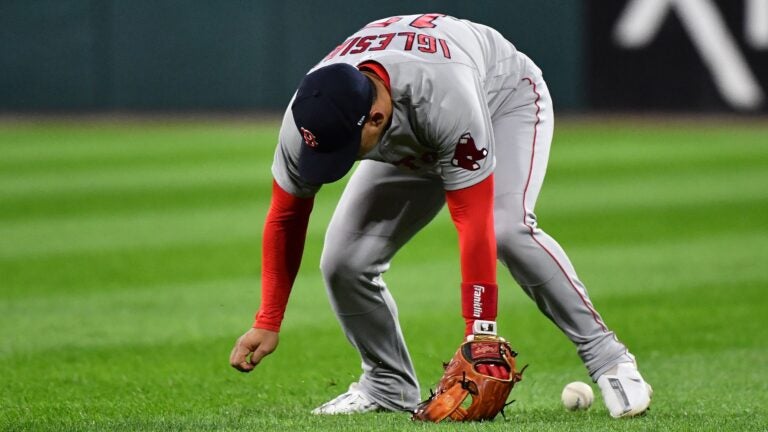 Chad Finn: It doesn’t feel like the Red Sox will make the playoffs