SANTO DOMINGO, Dominican Republic (AP) — David Ortiz was back in Boston on Monday night for medical care, a day after authorities said the former Red Sox slugger affectionately known as Big Papi was ambushed by a gunman at a bar in his native Dominican Republic.

A plane carrying the 43-year-old retired athlete landed after a flight from the Dominican, the team said.

Ortiz had been in stable condition in intensive care at a Santo Domingo hospital after doctors removed his gallbladder and part of his intestine, according to his spokesman, Leo López. He said Ortiz’s liver was also damaged in the shooting Sunday night. 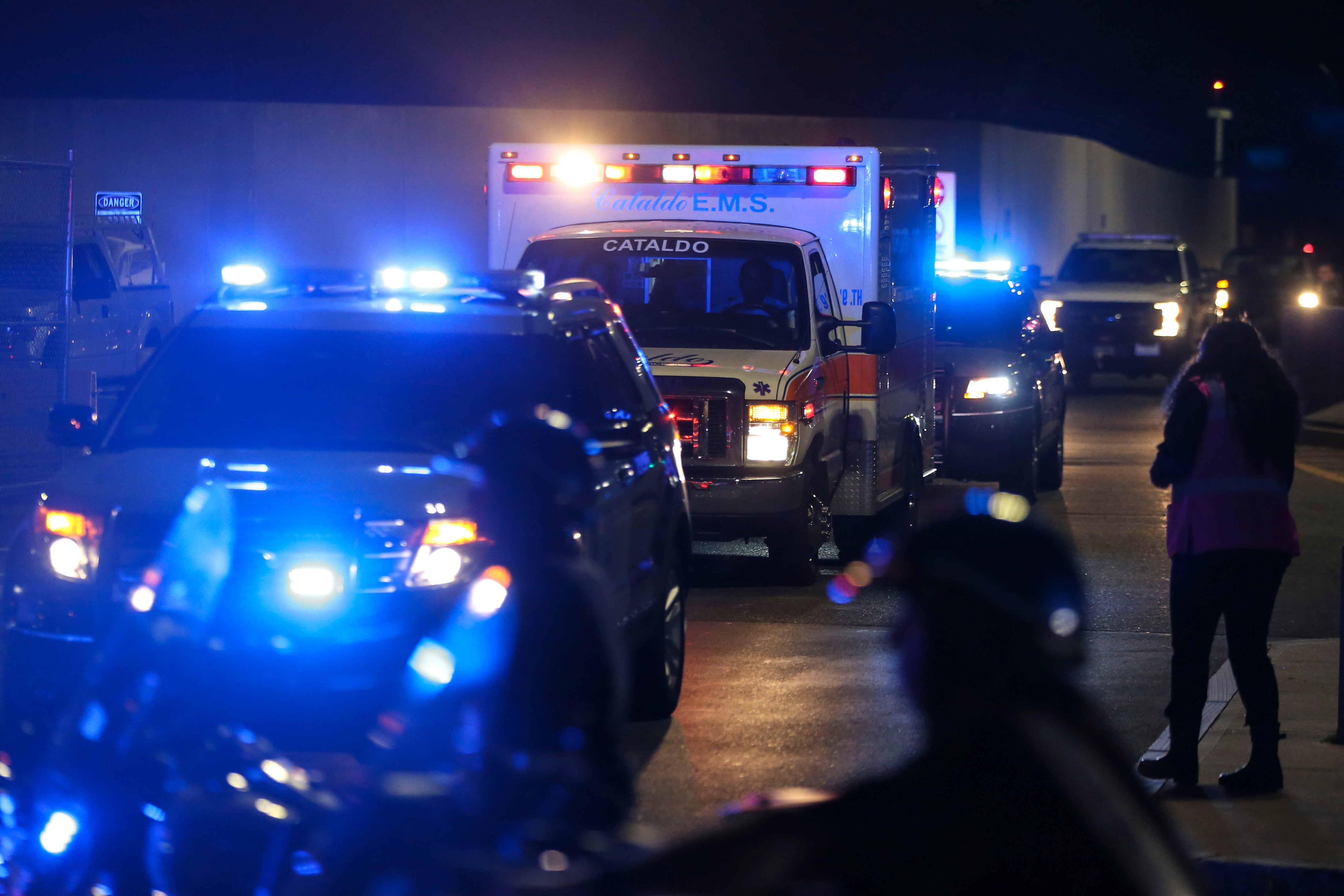 Ortiz is one of the most beloved figures in sports history in the Dominican Republic and Boston, a fearsome power hitter with a ready smile. He led the Red Sox to three World Series championships, was a 10-time All-Star and hit 541 home runs.

In the U.S., fans prayed for his recovery and wished him well, with New England Patriots star Julian Edelman assuring him on Instagram: ‘‘Papi, all of New England has your back.’’

The Red Sox offered ‘‘all available resources’’ and sent an air ambulance to bring him back to Boston.

I’m at peace knowing you out of danger; you a strong man Compai, can’t wait to hear your voice. My thoughts and prayers are with you, see you soon.
Me siento tranquilo de saber que estás fuera de peligro, usted es fuerte Compai, ya quiero oírle la voz. Orando, nos vemos pronto pic.twitter.com/jdSnNsM7eI

The club asked fans to observe a moment of reflection shortly before playing the Texas Rangers at Fenway Park and posted on the videoboard: ‘‘We send our love to David Ortiz.’’

Ortiz was at the Dial Bar and Lounge in Santo Domingo on Sunday night when a gunman approached from behind and shot him at close range in the torso, authorities said.

The gunman was not immediately identified or arrested, and the motive for the shooting was under investigation, with authorities trying to determine whether Ortiz was the target.

The operator of the motorcycle that was carrying the gunman was captured and beaten by a crowd of people at the bar, authorities said. Police collect evidence at the Dial Bar and Lounge.

Eliezer Salvador, who was at the scene, said the gunman said nothing, just fired once. Salvador then drove a wounded Ortiz to the hospital, telling reporters they had a brief conversation in the car as he urged the baseball great to stay calm and breathe.

‘‘Do you have any problems with anyone?’’ Salvador recalled asking him, to which Ortiz replied: ‘‘No, my brother, I’ve never wronged anyone.’’

Salvador held up Ortiz’s bloody belongings for reporters, along with some of his jewelry. He also apologized for hitting several cars while rushing to the hospital: ‘‘That wrongdoing was justified.’’ 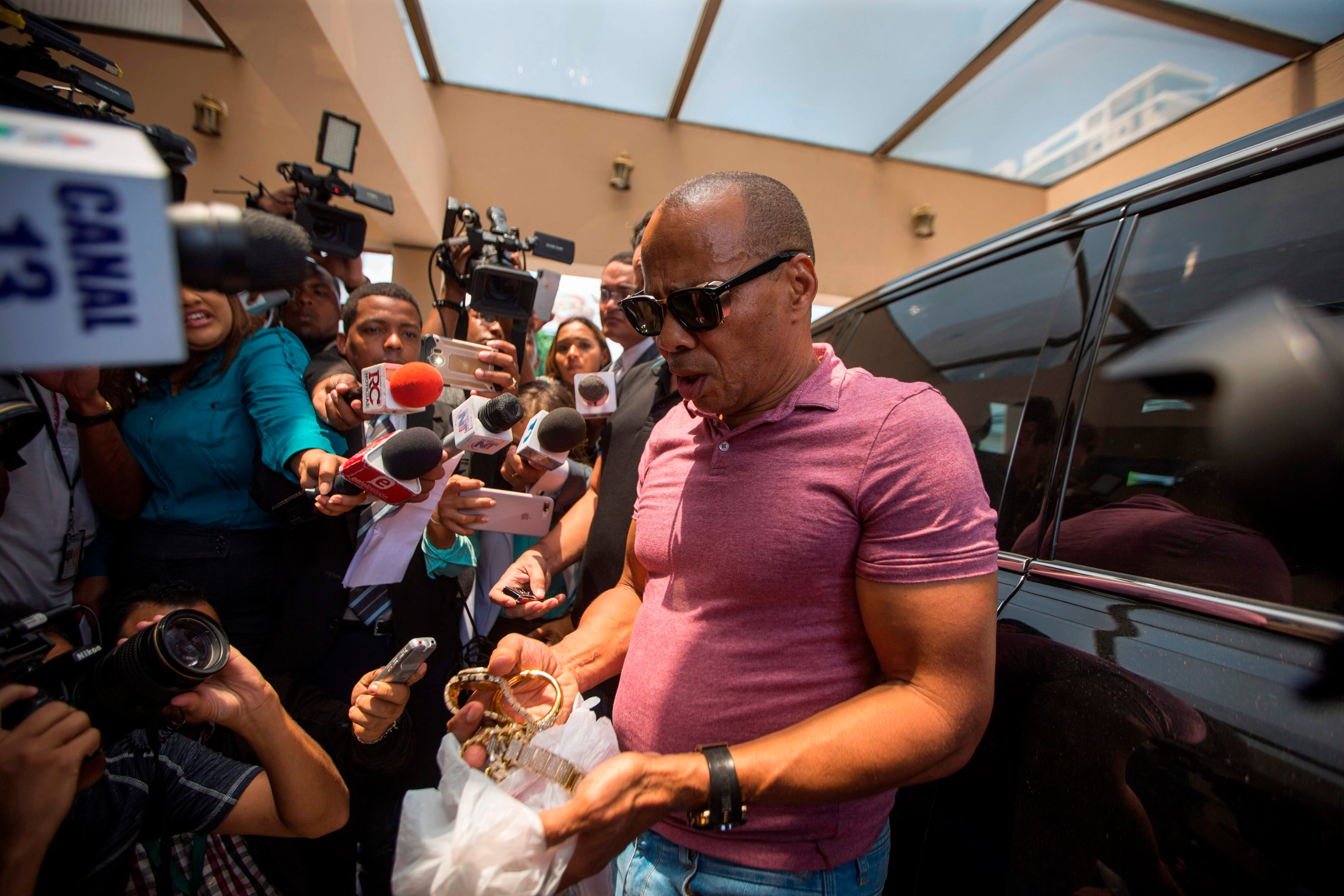 Ortiz’s father, Leo, said he had no idea why someone would have shot at his son.

He added that he is pleased with the medical attention Ortiz has received but that he will be transferred to Boston so he can be with his wife and the Red Sox medical team.

Two other people were wounded, including Jhoel López, a Dominican TV host who was with Ortiz. Police believe López was wounded by the same bullet, said National Police Director Ney Aldrin Bautista Almonte. López was shot in the leg, and his injuries were not life-threatening, said his wife, Liza Blanco, who is also a TV host. 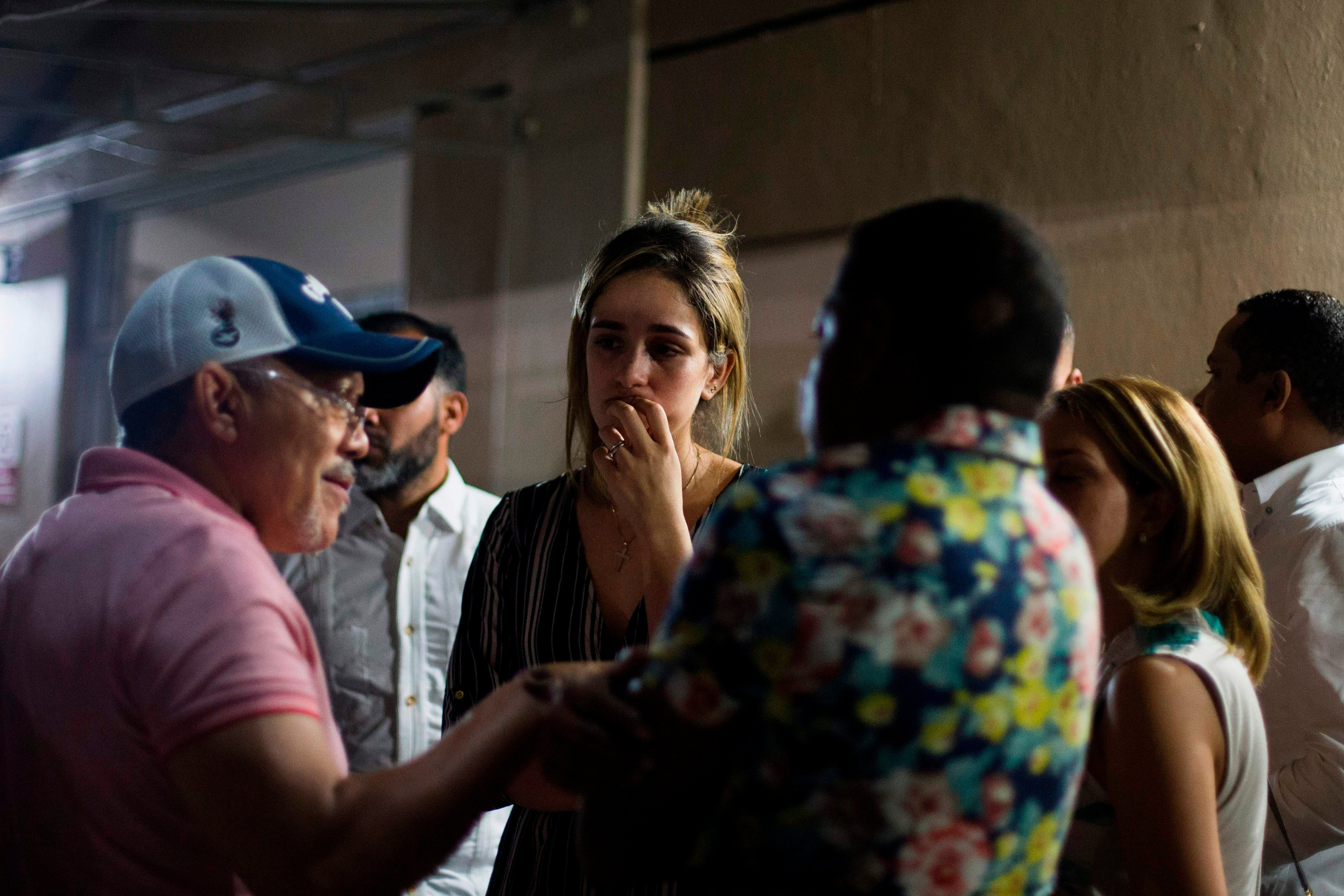 Lisa Blanco stands outside the clinic where Jhoel López and David Ortiz were being treated.

Police did not identify the third person or detail that person’s injuries.

The bar is in a bustling nightlife district packed with dance clubs and expensive bars that Ortiz is known to frequent.

Ortiz, who retired after the 2016 season and lives at least part of the year in the Dominican Republic, is often seen getting his cars washed and hanging out with friends, including other baseball players, artists and entertainers.

The Red Sox retired his number, 34, in 2017, and Boston renamed a bridge and a stretch of road outside Fenway Park in his honor. He maintains a home in Weston, on the outskirts of Boston.

Ortiz galvanized the city in the aftermath of the 2013 Boston Marathon bombing that left three people dead, bellowing through a megaphone at Fenway Park: ‘‘This is our (expletive) city!’’

‘‘In 2013, when we needed David Ortiz the most, he was there for us,’’ Red Sox president and CEO Sam Kennedy said Monday. ‘‘Our focus is on his health and on getting him back here for treatment.’’ 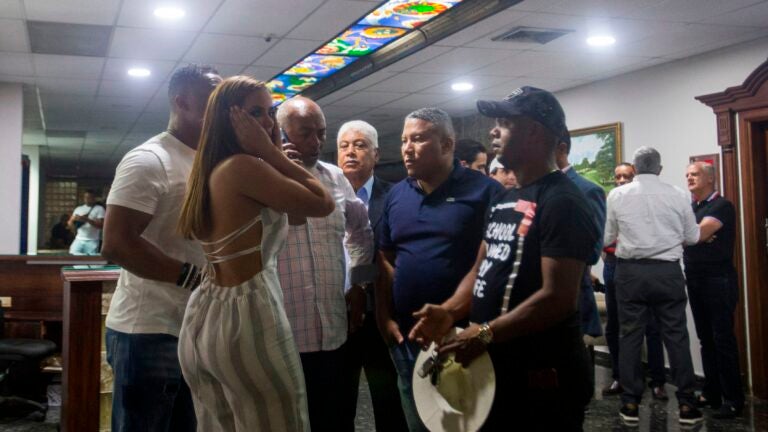 27 photos taken in the aftermath of the David Ortiz shooting