The Red Sox and Yankees travel to London for a two-game series hosted at London Stadium this weekend, the first regular season MLB games ever played in Europe.

London Stadium was originally built for the 2012 Summer Olympics and serves as the home stadium for the Premier League’s West Ham United.

The Red Sox and Yankees will play on turf for the first time in the two teams’ historic rivalry and contend with London Stadium’s “ballpark-in-a-box,” as ESPN’s Marly Rivera put it, including unusual ballpark dimensions. London Stadium’s field will reach 330 feet on each foul line and the center field fence will be located 385 feet away from home plate — five feet shorter than the center field fence at Fenway Park.

The games in London will incorporate some fan-favorite entertainment, as well. The Freeze, a staple at Atlanta Braves games since 2017, will make an appearance. According to ESPN, the Presidents’ Race seen during Washington Nationals games will be recreated with United Kingdom historical figures Winston Churchill, Freddie Mercury, Henry VIII, and the Loch Ness Monster as well.

Here are some photos of London Stadium as MLB makes its final preparations to host the Sox and Yankees:

Here’s a look at the stadium from behind home plate. A view of the field from behind home plate.

The Red Sox and Yankees’ clubhouses are ready to go. 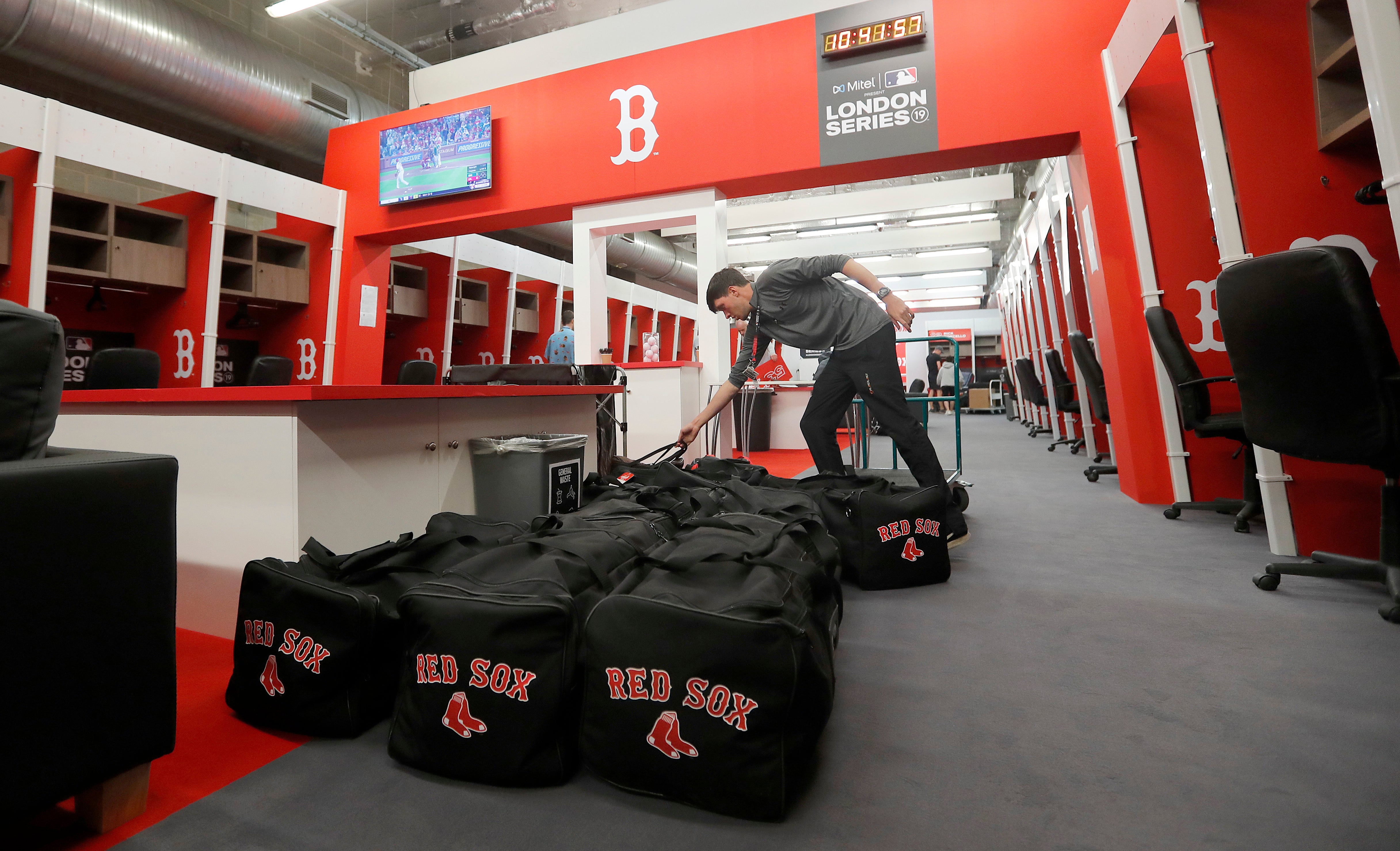 The Red Sox and Yankees will play on turf for the first time in the rivalry’s history. Workers prepare the turf for this weekend’s two-game series.

Some more views of the stadium:

The pitch is looking class.

The logo is down. London, it’s time to batter up, the #LondonSeries is almost here. Tickets are still available for both games, June 29-30: https://t.co/2ZbfT6xqye #MLB #Baseball #London pic.twitter.com/l3vapaAtMG