The Red Sox weren’t able to get a win against the Blue Jays in new pitcher Andrew Cashner’s first start on Tuesday night, falling 10-4 at Fenway Park. Cashner struggled, giving up five runs in five innings of work. One Boston highlight was yet another home run from Xander Bogaerts:

The Blue Jays were concerned with the Red Sox stealing signs: Whether or not the Red Sox actually were trying to steal signs on Tuesday night, it didn’t matter to the Blue Jays. Toronto wasn’t taking any chances.

As multiple Blue Jays players (as well as manager Charlie Montoyo) explained to NBC Sports Boston’s John Tomase afterward, a concerted effort was made by Toronto shortstop Freddy Galvis to physically block Mookie Betts from having a clear glimpse at home plate during the seventh inning. Galvis danced in front of Betts until just before the pitch, only returning to his natural defensive position at the last possible moment.

This, in theory, prevented Betts from having a chance to steal the signs of Blue Jays catcher Danny Jansen and relay them back to the Red Sox dugout (who, in turn, could have relayed them to the hitter).

Stealing signs is not illegal in baseball — one of the game’s most iconic moments occurred partly as a result of sign stealing — but that doesn’t mean teams will simply allow it to happen. Galvis took no chances as his team was trying to protect what was then a two-run lead.

This isn’t the first time Boston has been caught up in a sign-stealing story. During the American League Championship Series in 2018, the Red Sox and Astros traded accusations of spying, causing the league to investigate.

And there are limits to the legality of sign stealing. The Red Sox discovered that in 2017 when the team was caught using an Apple Watch to help in the process of stealing signs from the Yankees. The league fined both teams (as New York had also been guilty of using a phone to steal Boston’s signs).

Trivia: Twenty-year-old Nationals outfielder Juan Soto hit the 39th home run of his young career on Tuesday, placing him fourth on the all-time MLB list of most home runs before turning 21. A Red Sox player is second on the list with 56. Who is that player?

Hint: He made a single (jarring) appearance on the cover of Sports Illustrated.

‘I got lucky’: Hall of Fame pitcher Dennis Eckersley is known to fans in 2019 as the amiable and insightful commentator of Red Sox games. But his story is one that has experienced tremendous highs and lows. Recently, Eckersley spoke to Boston.com and Boston Globe columnist Chad Finn about some of his difficult moments, and how baseball continues to be his passion. [Globe Magazine]

The result of Tom Brady and other NFL quarterbacks being put through the FaceApp:

The Brewers hosted ‘Bark at the Park‘ night and combined it with the ‘Simba Cam’ to create this masterpiece:

It is our honor & privilege to present to you this Good Content. pic.twitter.com/aTHq1KCGk3

On this day: In 1994, over 94,000 were at the Rose Bowl in Pasadena to watch the World Cup final between Brazil and Italy. The tournament — the first ever to be held in the United States — was a month-long testament to the potential of soccer in America.

Even though the World Cup has since expanded to include more teams and more games, the ’94 tournament remains the most attended in history.

In the final, Italy managed to do just enough to keep Brazil at bay. At one point, Italian goalkeeper Gianluca Pagliuca kissed the goalpost after it came to his aid on one save. Finally, after no goals were scored even through extra time, the match went to penalty kicks. Both keepers produced saves, but it was Roberto Baggio’s infamous miss over the goal that decided the World Cup. Brazil emerged with a fourth world title:

On this day in 1994, Brazil won the World Cup. pic.twitter.com/wwbcy0CoJM

Daily highlight: Exactly how many tries this took is unknown, but the end result is incredible.

This could have gone wrong at so many points ? #SCtop10 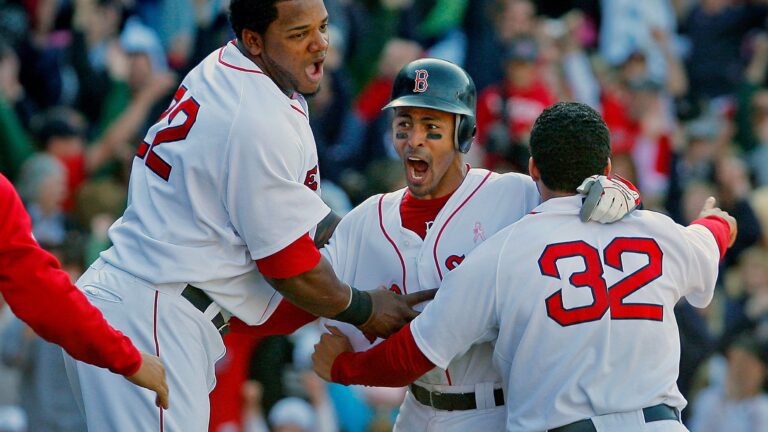