The cold reality has been obvious for at least a few weeks now. The Red Sox won’t be playing meaningful games this fall. Someone else is winning the World Series this year. But their familiar television play-by-play voice will be calling some meaningful games — just not baseball games, and not on NESN.

Dave O’Brien, who established himself as a national play-by-play voice at ESPN long before joining Red Sox radio broadcasts in 2007 and then moving to NESN in 2016, had continued in his national role even after taking the job with his favorite boyhood team.

But he was among those let go by the network in a mass layoff in April 2017.

O’Brien never torched any bridges in Bristol, and in January, Lee Fitting, ESPN vice president of production, called him and asked if he was aware the company was launching the ACC Network in August.

The network launched Aug. 22. When it aired its first ACC football game — Clemson’s win over Georgia Tech Aug. 29 — it was O’Brien who welcomed the audience and called the action as the play-by-play voice. Score one for taking the high road — and for recognizing during his disappointment in 2017 that there might be oppor­tunities down the road.

“I’ve had such a great relation­ship with so many people at ESPN. I never felt like I left,’’ said O’Brien.

He laughs. “And technically they paid me for two years [the remaining time on his contract after he was let go], so I never really left the payroll. But it’s more than that. I never felt like I left the family.’’

O’Brien, who came to terms on a multiyear contract extension with NESN this summer at the same time he was getting clearance to take the ACC Network gig, said he appreciates the flexibility he was afforded.

O’Brien missed the Red Sox series in Colorado in order to call the Clemson-Georgia Tech opener. While Red Sox fans are probably used to hearing assor­ted broadcasters on WEEI’s ­radio broadcasts this season, it was jarring to tune in and hear another play-by-play voice (in the Colorado series, it was Tom Helmer) on NESN’s broadcasts.

O’Brien will miss nine Sox games. He also missed the Sept. 7 game against the Yankees. (Los Angeles Kings broadcaster Alex Faust, whom Alex Trebek once suggested was someone who might someday replace him on “Jeopardy!’’ filled in.) Faust also has the weekend series against the Phillies.

“At the time we reached the agreement, the Red Sox were still in it for the wild card,’’ said O’Brien. “It looked like some of the ones I’d miss would be big games, and who would fill in, and how would we do that. But we got it all worked out.

“
You’re doing it on a regional network for an audience that is much more familiar with the team than you are.’’ 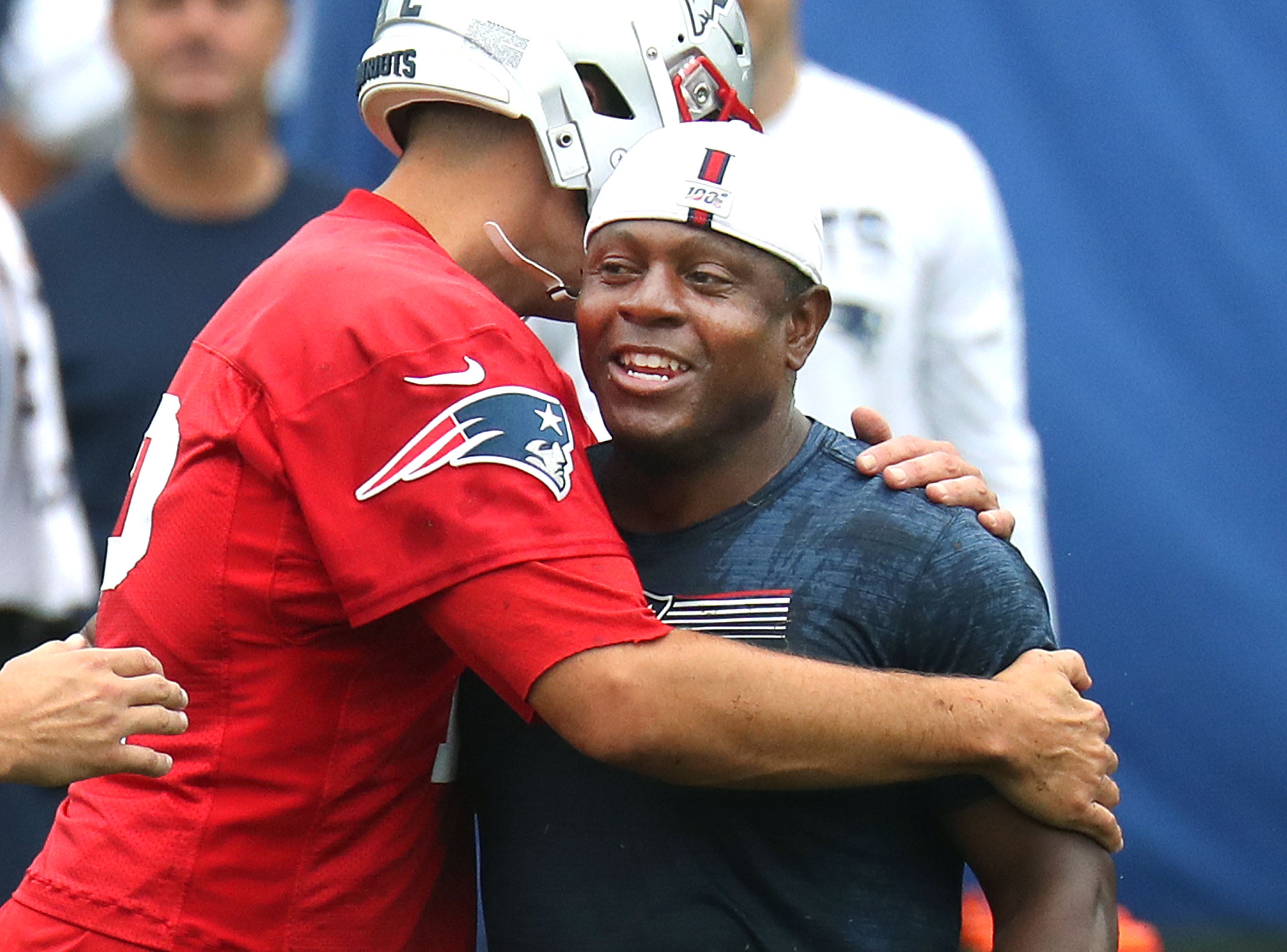 One sign that NBC Sports Boston has made wise decisions in the former Patriots it hires to be part its programming? Bill Belichick keeps stealing them back for his coaching staff.

“Call us NFL Burlington,’’ said Michael Holley, the host of the network’s game-day Patriots programming, said with a chuckle. “He brought Troy Brown to the coaching staff, and we lost [Jerod] Mayo to the coaching staff. So the brainpower on our shows is strong enough to be recruited by the Patriots. That’s how we have to look at it, right?’’

Brown, who had been a voice always worth listening on NBC Sports Boston’s Patriots coverage since retiring from the team after the 2007 season, doesn’t have a formal title with the Patriots’ coaching staff, though he’s clearly part of it.

Mayo, whose smarts and sense of humor shined through over the years alongside Tom Curran and Phil Perry on “Quick Slants,’’ is at the forefront of the Patriots’ defensive braintrust this season.

“He’s going to be a head coach in the league in like two years if he wants to do it ,’’ said Holley. “So charismatic, so smart. I remember Mayo had gone somewhere, maybe to get something to eat during a show last year, and Rob Ninkovich [another former Patriot who is now with ESPN] said during one of the breaks, ‘You do realize Mayo could be a general manager in the league, right? He’s that smart.’ And I said, ‘Yeah, I know.’

“Belichick scooped him up. We couldn’t compete with Belichick for Mayo and Troy.’’

But NBC Sports Boston has added a couple of other ex-Pat­riots to replace them — linebacker Ted Johnson and quarterback Matt Cassel — and the early returns are promising.

Johnson has been stellar as a fill-in and weekend host on 98.5 The Sports Hub, so his transition to being a good studio analyst isn’t a surprise. But Cassel’s quick acclimation is a surprise given that he has about as much TV experience as he had starting QB experience when he took over for an injured Tom Brady in 2008.

“The show we did on Sunday was the first time he’s done it,’’ said Holley of Cassel. “He’s going to be good. To have a quarterback, and the quarterback of the defense in Ted Johnson, is a good combo. We’re sitting there watching with Matt, and after that first series, when the Patriots didn’t get much going, he said, ‘This is what’s going to happen. This is what Josh [McDaniels] likes to do,’ and he basically correctly predicted all of the adjustments they’d make. We’re going to have a fun year. I’m going to learn a lot of football listening to these guys.’’ 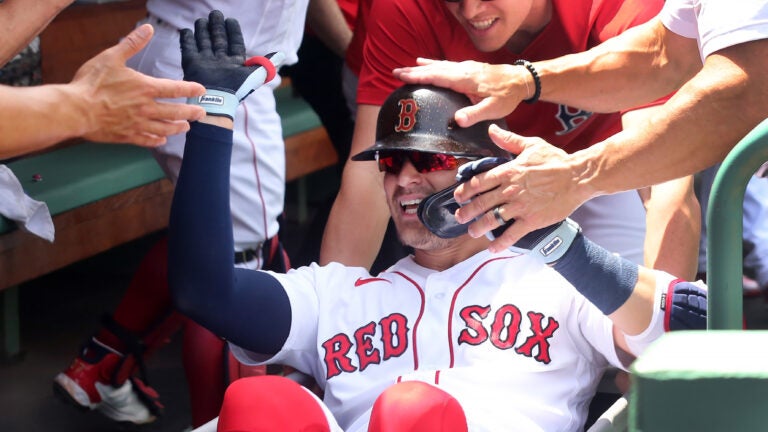