The Bruins lost to the Blue Jackets on Thursday night, 2-1. It was Boston’s third loss in either overtime or a shootout in four games. Tomorrow, the Bruins will face the Oilers at TD Garden at 1 p.m.

Today, the Celtics face the Hawks at home at 7 p.m.

And on Saturday, the Patriots host the Titans at 8:15 p.m. in an AFC wild card game.

“As a result,” wrote Morosi, “sources say the Dodgers’ negotiations with the Red Sox about acquiring Mookie Betts have become at least as frequent — and perhaps even more involved — than their talks with the Indians about Lindor.”

Boston could also include starting pitcher David Price in the deal as the team looks to cut payroll. Price is owed $96 over the remaining three years of his contract.

Betts has one year remaining on his contract before he is eligible to become a free agent.

Trivia: Titans running back Derrick Henry won the NFL rushing title in 2019, but fell short of the team record for single season yards on the ground. What running back, whether for the Titans or the Houston Oilers (which was the franchise location and name prior to 1997), holds that record?

Hint: He was a first-round pick out of East Carolina.

He is one of 14 players in NHL history to accomplish that feat, joining Sharks forwards Joe Thornton and Patrick Marleau, who also hit that mark tonight. pic.twitter.com/yl8e6FTUXK

Tom Brady’s reaction to learning about his playoff wins stat in relation to other quarterbacks in the postseason:

Tom Brady is told he has 30 playoff wins and the other 11 QBs in the playoffs have 26.

“Is that pretty good?” he asks. pic.twitter.com/6XVhkoeX2p

On this day: In 1993, the Bills were led by backup quarterback Frank Reich (now the head coach of the Colts) to the greatest comeback in NFL history, defeating the Houston Oilers 41-38 in an AFC wild card game.

After falling behind 35-3, Buffalo stormed back into the game during the second half, eventually forcing overtime. After Oilers quarterback Warren Moon threw an interception, a 32-yard Steve Christie field goal won it for the Bills in a game that truly lived up to its wild card billing.

Vote for your favorite moment in Bills history: https://t.co/gbHlXVDbw4 pic.twitter.com/KIjvYC4hY2 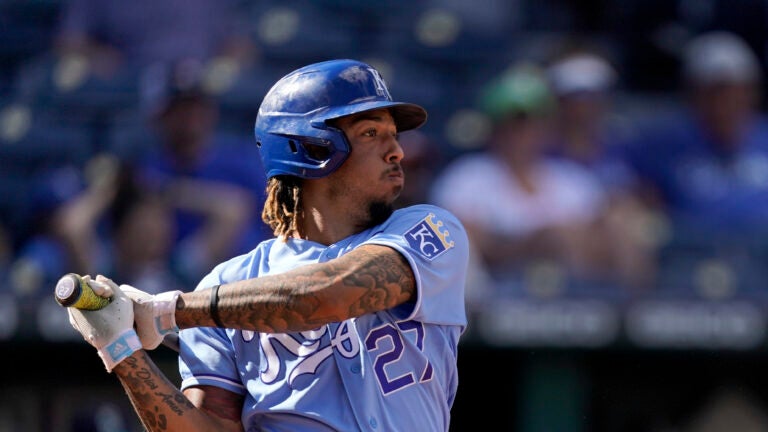