Two months after the Houston Astros were accused of using an illegal sign-stealing scheme in 2017, new allegations have emerged regarding the Red Sox in 2018.

According to a report from Ken Rosenthal and Evan Drellich of The Athletic, the Red Sox illegally used the video replay room to help gain knowledge of other teams’ sign-sequencing during the team’s World Series run that season.

The report cites three sources “who were with the Red Sox during their 108-win 2018 season.”

Video replay rooms — introduced in 2014 when the league first started using replay review — were accessible to players during games, and weren’t monitored by the league until the 2018 postseason.

As a result, a Red Sox employee would reportedly figure out the opposing pitcher’s sign sequence in the video room before relaying it to a player. That player, in turn, would tell a Boston baserunner, who could then relay signs as he saw them to the hitter.

“It’s cheating,” said one of The Athletic’s Red Sox sources. “Because if you’re using a camera to zoom in on the crotch of the catcher, to break down the sign system, and then take that information and give it out to the runner, then he doesn’t have to steal it.”

While sign-stealing isn’t illegal in baseball, using any kind of electronic aid is strictly prohibited.

“Electronic equipment, including game feeds in the Club replay room and/or video room, may never be used during a game for the purpose of stealing the opposing team’s signs,” wrote league commissioner Rob Manfred in a 2018 memo to all teams.

The league issued a statement on the current accusations made against the Red Sox:

The Commissioner made clear in a September 15, 2017 memorandum to clubs how seriously he would take any future violation of the regulations regarding use of electronic equipment or the inappropriate use of the video replay room. Given these allegations, MLB will commence an investigation into this matter.

The accusations against Boston differ from those made against Houston in November (also from a report written by Rosenthal and Drellich). The Astros allegedly used video to gain knowledge of signs, and then reportedly communicated it to hitters by banging on a trash can.

The Red Sox needed to have a baserunner in order to fully utilize their system.

One other disturbing accusation made in the report stems from Major League Baseball’s attempt to eliminate replay room sign-stealing.

Starting in the 2018 postseason, the league began sending personnel to “monitor” replay rooms, which theoretically could have curtailed the scheme. However, according to one of Rosenthal and Drellich’s Red Sox sources, the team was still able to use the replay room for illegal purposes.

The source claimed that the Red Sox had the MLB monitors “in our back pocket,” and that “If we wanted to whisper something or they walked out, then we could do something if we needed to.”

Also of note is that Red Sox manager Alex Cora, who managed the 2018 champions, was a bench coach in Houston in 2017. According to ESPN’s Jeff Passan, Cora could be facing discipline for his role in the Astros’ sign-stealing, with punishments expected to come in the next two weeks. 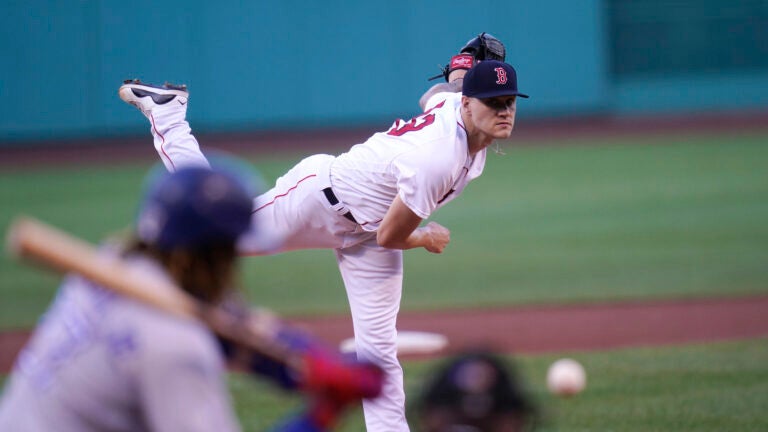