As Red Sox owner John Henry explained how the Sox planned on building the team moving forward while speaking at a town hall event during the Red Sox’ sixth annual Winter Weekend, the audience had a demand for him: hire former catcher Jason Varitek as manager.

Inside the Mass Mutual Center in Springfield, fans had the opportunity on Friday to ask the Red Sox front office questions of their choosing. Given the parting of ex-manager Alex Cora, the hot topic was how Henry, chairman Tom Werner, president and CEO Sam Kennedy, chief baseball officer Chaim Bloom, and general manager Brian O’Halloran were going to approach the team next season.

“Hire Varitek!” the crowd interrupted him. Cheers and applause from other audience members followed.

When asked what the process was for hiring a new manager, Varitek’s name echoed – a testament to his rising popularity as a possible candidate. O’Halloran tried to answer while speaking over chants of his name.

“We’re in unusual circumstances,” he began. “Obviously with the events of this week, you’re not normally looking for a manager this early in January –“

He continued: “That’s said, we try to have a thorough, but obviously we have to go fairly quickly because we want to get a manager in place early ahead of Spring Training. We’re in a thorough process, we’ll consider internal and external candidates. We’ve started identifying traits and characteristics of the manager that we’d like that person to have —“

“Like Varitek!” another person in the crowd roared back.

O’Halloran chuckled and jokingly played into the crowd’s demands.

“We take all kinds of recommendations, if you have any. I’ve heard a couple already!”

This evoked another chant of Varitek’s name, whistlin,g and an arena full of applause. O’Halloran continued to reassure the crowd, and the young fan Madison, who asked the specific question, that they would hire who they felt fit best.

“There will be an interview process, Madison, and we will come up with a good manager for the Boston Red Sox,” O’Halloran said. “And as Chaim and others have said on the stage, we’re looking to win in 2020, 2021, 2022 and beyond.”

Bloom was then asked to elaborate on the specific time frame of the hiring process – and he too had some fun with the crowd. He reassured that the process would be handled efficiently.

“I think if we poll the audience, they’d get this done right now,” he joked. “We want to go as quickly as possible, as long as we’re doing it right. Obviously, Spring Training is coming [and] we’re very aware of that, but it’s important that we make sure we do this right. We need to move from it a little more quickly than if we would be if we were starting this in October, but the same focus is on making sure we get it right.” 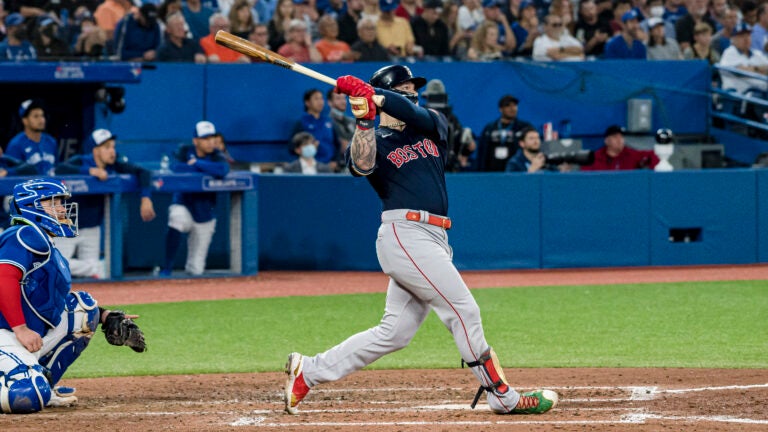