1. I’m not going to call it the end until he tells us it is. Dustin Pedroia has earned at least that much. But when we got the news Tuesday that the 36-year-old has suffered a significant setback in the damaged knee that limited him to nine games over the past two seasons, it became impossible — especially on Hall of Fame results day — not to ponder whether he has a real shot at induction into Cooperstown someday.

He has some hardware that will help make his case: the 2007 AL Rookie of the Year award, the 2008 AL MVP, four Gold Gloves, and three championship rings, with him playing a leading role on two of those champs.

The unsentimental take is that Pedroia is an excellent season or two shy of Cooperstown, which is a shame considering he was still playing at a high level in 2017 when Manny Machado forever altered his career with a dirty slide.

2. Am I alone in sympathizing somewhat with Alex Cora, or at least the Sox players’ disappointment that he’s no longer their manager? I’m not suggesting he doesn’t deserve a significant punishment for his mastermind role in the Astros’ sign-stealing scandal, and perhaps with the Red Sox’ too. A lifetime ban seems a step too far, but two years would be appropriate given that A.J. Hinch got a year for standing around like a powerless doofus and letting it happen.

Cora deserves to get hammered, and he will. But he also was excellent at many of the complicated modern requirements of being a big league manager — communicating with and winning the respect of players, embracing analytics, nurturing a sense of we’re-all-in-this-together throughout an organization.

Terry Francona is the finest manager the Red Sox have had in my lifetime, and I’ll forever be fond of Joe Morgan. Cora had a chance to be a great one, maybe the best other than Tito. He threw it away for the sake of an unethical competitive edge, and that’s wholly on him. That doesn’t make it any less of a bummer.

3. A couple of times during the baseball writers’ dinner last Thursday, random fans blurted out, “Tek!’’ while Chaim Bloom was answering questions about this unexpected managerial search. I understand the desire to hire a smart, popular former player for the role, especially one who once made Alex Rodriguez realize that catcher’s mitts don’t taste very good without at least a little salt.

But hiring Varitek would be fan service more than anything else. I’m not sure Varitek, stoic in the best of times, has the ideal personality to navigate the potholes this team is facing. And as far as I know, he’s not especially immersed in analytics, which is important.

If it’s going to be an inexperienced manager, I like the idea of Sam Fuld, an ex-player and local guy (Durham, N.H.) who is smart and communicative. And I could talk myself into Hensley Meulens, a sunny, bright guy and an accomplished hitting coach, if only because it would be fun to watch a failed onetime Yankees phenom succeed here.

4. There’s one part of the Astros scandal that still mystifies me: If Hinch deliberately damaged the video monitors that they were using to steal signs on two occasions, why did he not just stand up to the players and tell them to knock it off? He’s someone who was well-respected around baseball and not known to be a pushover. So why was he such a lackey here?

My theory: Because management, led by Jeff Luhnow, was well aware of what was going on and did not give Hinch the authority to put an end to it. Everything — everything — with the Astros was micromanaged from the front office down to the dugout.

Even though Luhnow denied involvement to MLB investigators, the only conclusion that makes sense is that commissioner Rob Manfred didn’t believe him, and that Houston management implicitly approved the whole scheme.

In a related note, I’m starting to think the involvement with Enron was the ethical high point of this organization over the last 25 years.

5. I didn’t have a problem with Mariano Rivera being a unanimous selection last year, and I wouldn’t with Derek Jeter this year either. First of all, Red Sox fans should be thankful to them for being integral parts of the Yankees team that finally lost to Boston. Put that on their plaques, I say.

Less facetiously, I know some fans don’t think anyone should be unanimous because the likes of Babe Ruth, Hank Aaron, Willie Mays weren’t. But it’s absurd that they weren’t, and I’d just as soon stop replicating that absurdity every year for the sake of it.

6. I don’t have a Hall of Fame vote yet (I think I’m halfway there), but if I did, my ballot would look like this: Barry Bonds and Roger Clemens (put asterisks on their plaques if you must), Manny Ramirez and Sammy Sosa (1,164 homers between them and a whole lot of fun), Gary Sheffield (another 2004 Yankee who got out of the Red Sox’ way), Captain Jetes, Curt Schilling, Larry Walker (a truly great all-around player even without the Coors effect), Scott Rolen, and Todd Helton.

7. Billy Wagner was a tempting candidate. I could be talked out of Helton and into Jeff Kent, and I’d also hear the argument for Andruw Jones, who hit 434 homers and won 10 Gold Gloves despite falling into a steep decline as a hitter before age 30.

I can promise you this: When I do have a ballot, I’ll explain my choices and make sure I remember whom I voted for each year. There’s one voter who has dropped and added Sosa to his ballot twice each. The BBWAA generally does a great job with the voting, but stuff like that makes everyone look bad.

Player A is Jeter. Player B? You knew him as Nomaaahhh, and for the first seven seasons, he was better.

If only it could have remained that way for another decade. But Jeter remained durable and excellent, while Nomar Garciaparra’s assorted limbs and tendons betrayed him. The debate was settled long ago: Jeter was better over the long haul. But he wasn’t at the beginning, in the days when we argued about it the most. 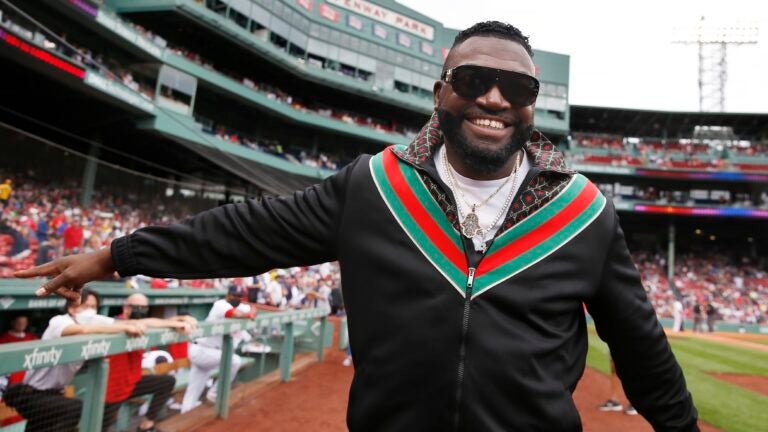