BOSTON (AP) — Two days before the start of spring training, the Boston Red Sox have again agreed to send 2018 AL MVP Mookie Betts and pitcher David Price to the Los Angeles Dodgers in a reworked deal, a person with knowledge of the negotiations told The Associated Press on Sunday.

The Red Sox will receive Dodgers outfielder Alex Verdugo and prospects Jeter Downs and Connor Wong, the person told the AP on the condition of anonymity because the deal still needed the approval of Major League Baseball. Boston was to send cash to the Dodgers to offset Price’s salary, reportedly half of the $96 million still owed to the 2012 AL Cy Young Award winner.

A three-team deal that would have sent Dodgers pitcher Kenta Maeda to the Twins for pitcher Brusdar Graterol and then flipped Graterol to the Red Sox fell apart last week when Boston balked at Graterol’s medical records. Los Angeles and Minnesota completed a separate deal on Sunday night, a person familiar with that deal told the AP.

But the Red Sox and Dodgers spent the weekend finding another way to complete the deal that put Betts in Dodgers blue while allowing Boston to get under the collective bargaining tax threshold in 2020. The 2018 World Series champions will save tens of millions of dollars this season in salary and penalties, but at the expense of one of the best players in baseball.

Los Angeles has won seven straight NL West titles, averaging more than 100 wins over the past three seasons, but has only a pair of NL pennants to show for it, twice losing in the World Series to teams that were later accused of cheating. With Betts and Price, the Dodgers have what they hope will be the final pieces they need to win their first Series since 1988.

Betts will earn $27 million this year; he is eligible to become a free agent after the season and has turned down a nine-figure contract extension. To get him for one year, the Dodgers agreed to part with Downs, a middle infielder who batted .276 with 24 homers and 86 RBIs at Single- and Double-A last year, and Wong, a catcher who batted .281 with 24 homers and 82 RBIs in Single- and Double-A.

Price is due $96 million over the final three years of a $217 million, seven-year deal he signed before the 2016 season. After helping Boston win a franchise-record 108 games and the World Series in 2018, he missed time last year with a wrist injury and went 7-5 with a 4.28 ERA in 22 starts.

The Red Sox remain without a manager three weeks after firing Alex Cora for his role in the Houston Astros’ 2017 sign-stealing scandal; Major League Baseball has not announced the results of its investigation into whether Cora implemented a similar scheme when he took over in Boston in ’18. Pitchers and catchers are due to report to spring training on Tuesday. 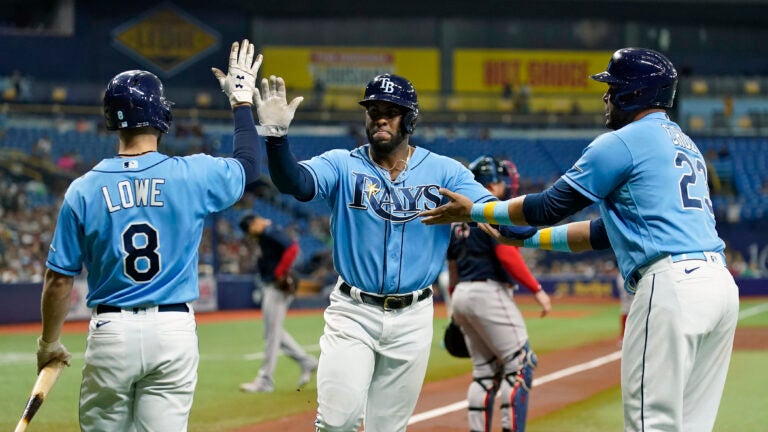