Alex Verdugo shares many on-field traits with the popular Andrew Benintendi. Jose Peraza is just 25 and hoarded 49 extra-base hits two years ago. Jonathan Lucroy once finished fourth in the National League Most Valuable Player balloting, and not even that long ago.

I suppose it’s not out of the realm of possibility — heck, it may even be likely — that some of these newcomers Chaim Bloom and the Red Sox front office are bringing in during this winter of chaos could end up being helpful to a winning cause.

Perhaps one or two will even emerge as fan favorites.

That also goes for the seemingly dozen or so no-name pitchers Bloom has acquired, among them Martin Perez, Josh Osich, Austin Brice, and Jeffrey Springs. The Tampa Bay Rays, during Bloom’s employ there, had an uncanny knack for finding competent pitching at great value. The post-Dave Dombrowski Red Sox sure could use some of that.

Hey, maybe you’ll like these new guys once they play some meaningful innings and accomplish a feat or two.

But I can understand why Red Sox fans aren’t especially interested in hearing about any of them now, let alone getting excited for what they might bring.

It’s not about who they are as ballplayers. It’s about whom they’re replacing, and the distinct lack of sentimentality the Red Sox have shown this offseason toward fan favorites.

We might like Verdugo, Peraza, and the rest. But we’re not ready to, yet. Not when we’re still getting used to the idea that the Red Sox have moved on from two of their most popular players of recent vintage.

Mookie Betts and Brock Holt are all-timers in Red Sox lore in different ways. We’ve spent a lot of words on Betts and the absurdity of trading him. So let’s keep the synopsis brief: He’s one of the best and most charismatic players in Red Sox history. Franchises go decades without developing a Mookie Betts, and it’s a sad day when a player like that moves on.

Holt, of course, is only a fraction of the ballplayer Betts is, but he earned a place in Red Sox fans’ hearts by playing hard, maximizing his ability, coming through in a few memorable spots (most notably when he hit for the cycle in the pivotal 16-1 win in Game 3 of the 2018 ALDS against the Yankees), and always representing the organization with grace. Holt was a rock for the Jimmy Fund. And anyone who wanted his autograph usually ended up getting it.

As a player, he’s fairly replaceable. That doesn’t mean he won’t be deeply missed by people who care about this team.

I’ve been following the Red Sox since 1978 — I know, talk about your traumatic indoctrinations — and from my recollections, this is the most disheartening offseason since the winter of 1980-81, when Haywood Sullivan “forgot’’ to send Carlton Fisk his contract on time, paving the way for Fisk to depart for Chicago, then traded Fred Lynn, Rick Burleson, and Butch Hobson to the Angels in a pair of deals that brought back Carney Lansford, Mark Clear, and not much else.

Back then, the Red Sox gutted a championship-caliber team that could never quite get over the hump. This winter, they severely altered a roster that won just 84 games last year, but won 119 the season before en route to its fourth World Series title since 2004.

It’s hard to say goodbye to that. But ownership (John Henry also owns the Globe) has struggled to explain their decisions, in particular why Betts was traded. What they really need to do is have Bloom, a likable, upbeat personality, explain in deep detail (but in layman’s terms) why they felt it best to trade Betts and let Holt walk, and further communicate what the long-term plan is in terms of rebuilding the farm system and strengthening the margins of the roster.

Bloom knew what he was getting into when he took this job, and he’s an extremely smart guy. I think he’s going to be good at this, even if there’s a swirl of roster turnover that will take some getting used to. But he needs to be the face and voice of this unwelcome change, right now.

The Red Sox have made moves this offseason that have turned off the fan base, and we don’t know the new guys yet. All we know is that popular, winning players are gone, and that the new season feels like a bummer before it has begun.

Sometimes you wish front offices were more sentimental; I still can’t believe Theo Epstein brought in Matt Clement and David Wells for Pedro Martinez and Derek Lowe after 2004. But sentimentality is best left to the fans. What the front office owes us, if they want our money spent at the ballpark, is deep, honest clarity on the baseball reasons for why they are doing what they do.

Right now, all we know is that Mookie Betts (and David Price too) is a Dodger, Brock Holt is a Brewer, Alex Verdugo has a bad back, and being a Red Sox fan feels like more of a chore than a passion. 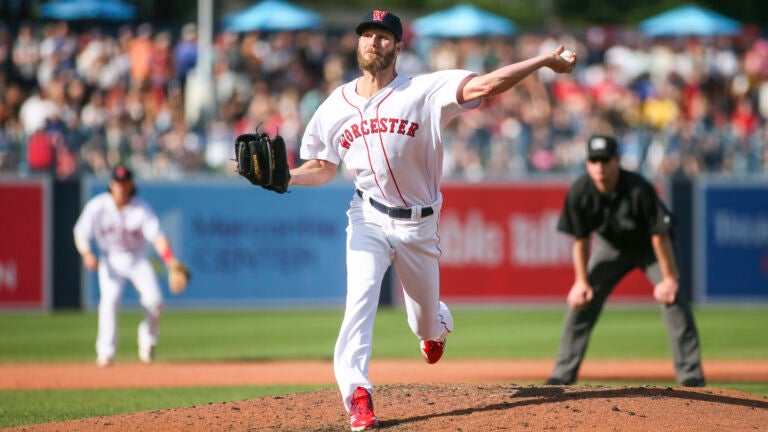