When a close friend texted him Thursday afternoon to propose the idea of a virtual “7th-Inning Stretch,” Red Sox organist Josh Kantor was intrigued and quickly latched on to the concept.

He had never done a live stream of any sort before, but it was Opening Day, and he was feeling both nostalgic and inspired. Kantor assumed many others were disheartened by the lack of baseball as well, and he figured this would be a small yet meaningful way to provide some joy in an otherwise bleak time.

“I expected maybe a few people to come by, and maybe get one or two requests, and I would go for maybe eight to 10 minutes, and if it was fun, I would do it again,” Kantor told Boston.com. “I got close to 100 requests on the first day and went for over an hour.”

The official count was 96 requests, and he played 39 songs, including some Fenway fan favorites. Nearly 3,000 people have viewed the video. The next day, he continued what’s now become a daily, half-hour-long, 3 p.m. tradition, and he has no plans of slowing down as long as there appears to be interest.

Commenters so far include his youth piano teacher, a childhood friend who gave him his first pack of baseball cards, former Red Sox reliever Lenny DiNardo, and many more. Kantor, who proudly sports Red Sox gear, displays Red Sox cards, and tilts his Carlton Fisk bobblehead toward the camera, can’t possibly field every request, but he’s doing his best to keep up.

“This is a tiny thing that I can do to have that joy of spring be a little bit present for me and for whoever is interested in tuning in,” Kantor said. “Whoever wants to request a song and have me try to play it and hopefully not butcher it too badly.”

Kantor, of course, is being modest, as he does anything but butcher songs. His music typically reverberates throughout Fenway Park — as familiar as the voice of legendary public address announcer Carl Beane and as unique as the dialect of local vendors.

At the moment, however, Kantor is stuck without baseball season for the first time since he started the job 17 years ago. Back when he began, Pedro Martinez was king, and he’s adjusting to a world without one of his main distractions and passions.

Every day Martinez was scheduled to pitch, Kantor would get off work at Boston University, head to Fenway, and cheer from the bleachers as Martinez painted another masterpiece. Kantor said it’s difficult to imagine having any other job he could love as much as he loves this one, where he’s genuinely thrilled to go to work.

“I wish it were baseball season right now, as it was supposed to have been,” Kantor said. “I wish we were playing ball games. A lot of people wish that. The fans, the players, the people who work at the ballparks, and lots of other people.”

But Kantor is working diligently to make the most of his new normal. He’s continuing to work part time for a local library, going for daily walks, watching Monty Python movies, and supporting his wife, Reverend Mary Eaton, as she works closely with the homeless community of Boston to ensure everyone is getting fed as much as possible.

Kantor has also enlisted Eaton as his unofficial personal video assistant, in case any technological glitches arise. In return, he’s asking those watching the live streams, who have the means, to consider donating to a local food bank.

His main objective is to spread positivity and joy through music. That’s what he usually hopes to accomplish in a given day, and he doesn’t see any reason to stop now.

“People everywhere are stepping up to help each other,” Eaton said. “Having a scheduled ‘stretch’ near the end of the work day gives me something to look forward to. I need these moments so I can keep doing my part. Also, it’s fun.” 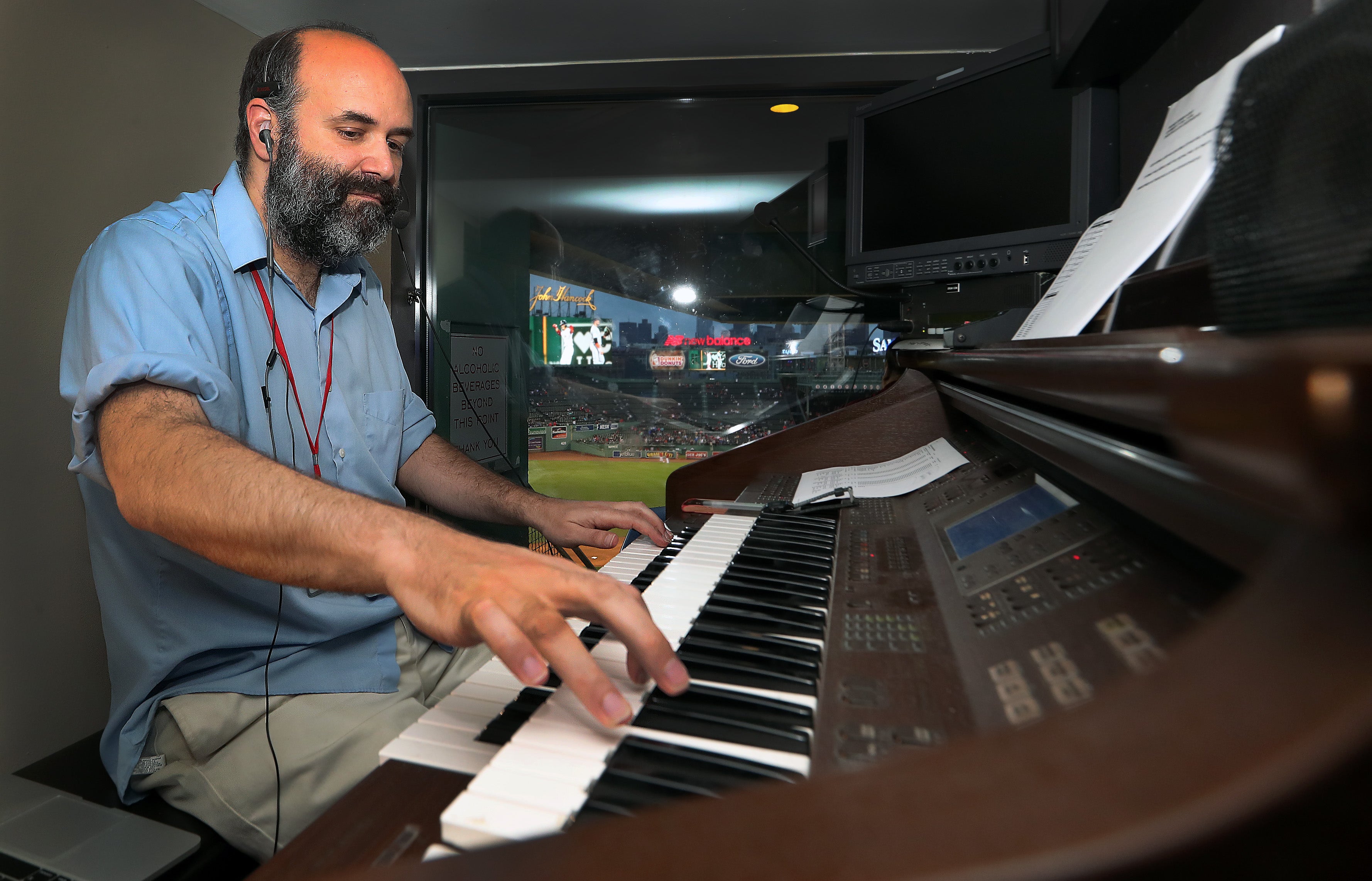 Josh Kantor is accustomed to playing at Fenway Park, but for now, he’s happy to try to spread joy virtually.

Kantor’s childhood piano teacher from 1977-85, Dera Weaver, chimed in and told him she loved his playing.

“I was definitely a little embarrassed and self-conscious, like, ‘Oh, my god, the teacher’s watching. I hope I don’t make any mistakes,’ or, ‘I hope she doesn’t think ill of me because now I’m playing pop songs instead of all the classical lessons she gave me when I was a kid,'” Kantor said. “But she’s so warm and delightful and wonderful, and she was such an important teacher. She was enjoying it, and she was happy and having a good time, and that meant the world to me.”

A fan, Chris Grossi, commented: “Josh, seriously, thank you. Wifey and I are just ending 10 days of symptoms, and that’s the biggest smile we had all week. I won’t request for another year. :)”

As long as he’s putting smiles on people’s faces, Kantor is content.

“It’s a chance to take a little break and stretch, and maybe smile, and then go back to the work we have to do,” Kantor said, “which is taking care of each other to get through this.” 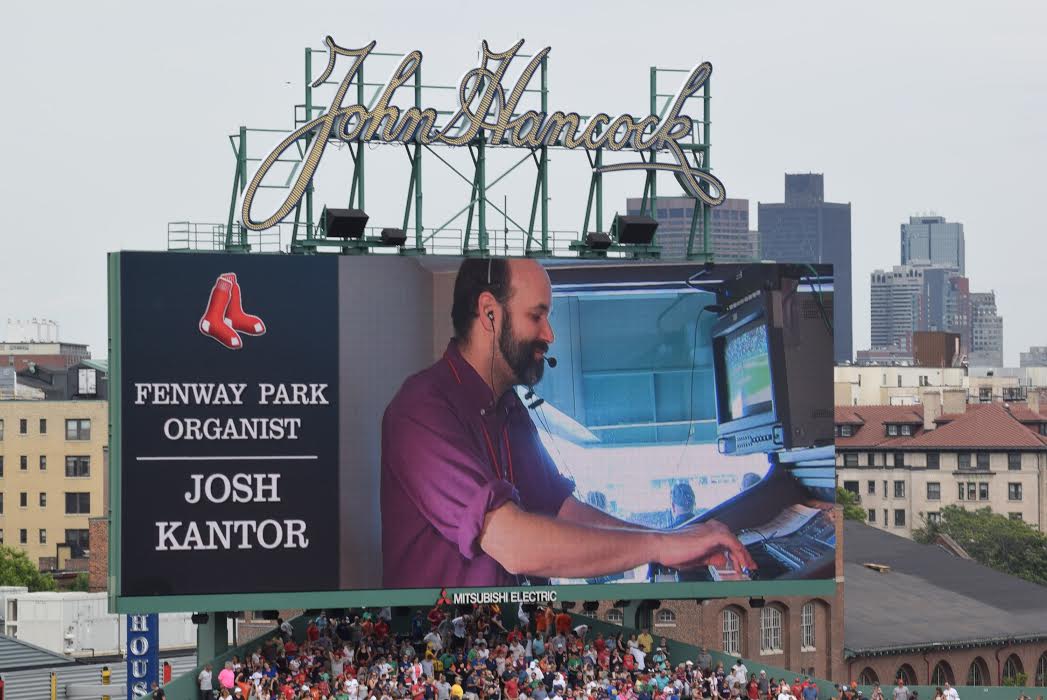 Josh Kantor’s musical creations are a staple at Fenway Park. 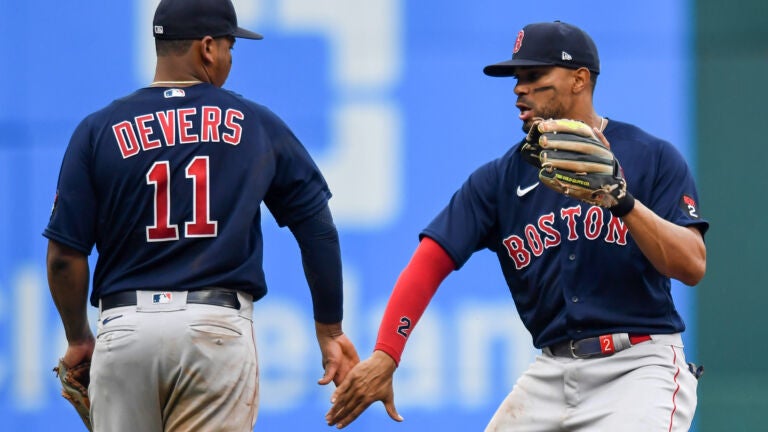