Almost as soon as Major League Baseball’s investigation into sign-stealing allegations by the Boston Red Sox landed on Wednesday — with its near-total exoneration of the team’s management for actions apparently spearheaded by a low-level video-scouting staffer — speculation in Boston began focusing on an intriguing possibility:

Could Alex Cora return as the Red Sox’s manager in 2021 — perhaps without missing so much as a single game?

The questions contain two still-unknown variables: the extent of the team’s willingness to hire back the popular ex-skipper at the end of his one-year suspension, and the status of MLB’s 2020 season amid the ongoing coronavirus pandemic, with little clarity as to how – or whether – games can begin.

But what is undeniable is that the circumstances have now lined up to make a reunion between Cora and the Red Sox feasible, if not exactly palatable.

Commissioner Rob Manfred’s investigative report into the 2018 Red Sox – who, in Cora’s rookie season as manager, won the World Series – absolved Cora of any blame in the sign-stealing scheme, which Manfred described as limited both in scope and frequency. Only video operator J.T. Watkins and a “limited number of Red Sox players” were involved, Manfred found.

Watkins was utilizing in-game video to update the information that he had learned from his pregame analysis,” Manfred wrote.

Manfred nonetheless suspended Cora for the 2020 regular season and postseason, but only for his involvement in the Houston Astros’ scheme in 2017 – when, as the Astros’ bench coach, he was found to have been one of the key figures behind a much more complex and widespread effort to decode signs during games and relay them in real-time to Astros hitters. Manfred had delayed Cora’s punishment for that scheme until completing his investigation into the Red Sox.

The Red Sox, however, chose not to wait, firing Cora in January – though it was described by the team as a mutual parting of ways – in the wake of the Astros report. He was replaced on an interim basis by Ron Roenicke, formerly the Red Sox’s bench coach.

At the time, Cora was an exceptionally popular figure, both within and outside the Red Sox’s organization, and the team’s top officials made no attempt to hide their personal affection for Cora, as well as their anguish over having to dismiss him.

“This is a sad day for us,” the team’s ownership said in a statement following Cora’s dismissal in January. “Alex is a special person and a beloved member of the Red Sox. We are grateful for his impact on our franchise. We will miss his passion, his energy, and his significant contributions to the communities of New England and Puerto Rico.”

Cora, who has spent the past five months largely out of public view, remains unemployed. His suspension is tied to the MLB calendar, as opposed to a specific number of games, and runs through the end of the 2020 World Series, a time frame that is expected to remain in place no matter the status – delayed, shortened or wiped out completely – of the 2020 season. Many have speculated he could return to ESPN, where he worked as an analyst from 2013 to 2016, as a path to repair his image and pave his way for a return to managing.

In the wake of Wednesday’s report, the Red Sox removed the interim tag from Roenicke. But notably, his contract to manage the Red Sox runs only through 2020.

“The fact that [Roenicke’s] contract runs through 2020 certainly doesn’t mean that he can’t or won’t manage us beyond that,” Red Sox General Manager Chaim Bloom told reporters on a conference call Wednesday night. “We thought that we were best served, given the uniqueness of the situation, managing the length of the existing contract.”

Asked specifically about a reunion between the Red Sox and Cora, Bloom said, “All the reasons that we parted ways with him [in January] are still the case.”

Red Sox President Sam Kennedy, asked about Cora on the same conference call, said he believes Cora deserves a second chance, though he stopped short of saying it should come with the Red Sox.

“I do. That’s my personal feeling,” Kennedy said. “He does need to go through a rehab process. What he did was wrong. He acknowledged that to us and apologized to us. I’m a big believer in second chances, so we all wish him well.”

On the surface, Cora is in exactly the same situation as his former bosses in Houston, ex-Astros manager A.J. Hinch and ex-general manager Jeff Luhnow. Both were suspended by Manfred for a year for failing to stop the Astros’ scheme in 2017, and both were subsequently fired by ownership in the wake of that report. Both, at least theoretically, would be eligible to return in 2021, even if there is no 2020 season.

However, the significant differences between the 2017 Astros and 2018 Red Sox findings, as spelled out by Manfred, could make Cora a more palatable option for teams – perhaps even the Red Sox themselves – than would be Hinch, who has acknowledged he was aware of the Astros’ scheme and should have done more to stop it. While it’s true Cora was a hands-on perpetrator of the 2017 Astros scheme, as a first-year bench coach he was more aligned with the players in the clubhouse than with the team’s management.

The Red Sox clearly care about optics, as demonstrated when they parted ways with Cora in January over the Astros’ scheme, without waiting for the findings into the 2018 Red Sox allegations, and the team’s top management made it clear Wednesday that now is not the time to consider or discuss a reunion with him.

But will their stance be the same six months down the road? At a volatile time when baseball is desperate for a way forward through what is arguably the greatest crisis it has ever faced, that feels like a lifetime away. 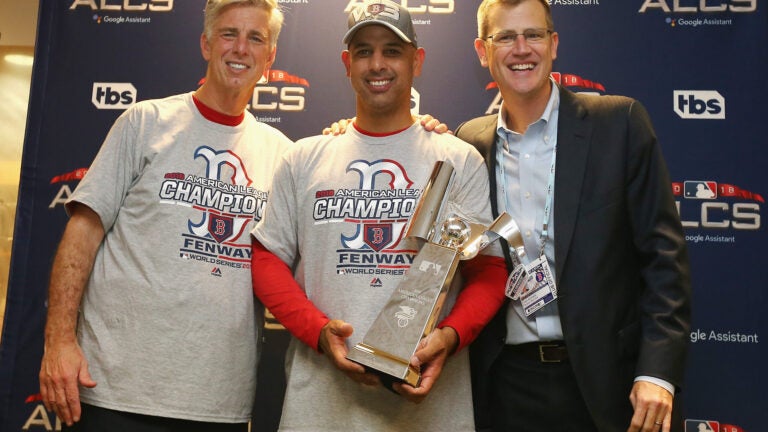