Alex Verdugo, who would have missed the start of the MLB season while rehabbing a stress fracture in his back, is “100 percent ready” to play, whenever it’s safe to do so amid the coronavirus pandemic. And while he’s eager to play, the outfielder said the league’s reported plans to start the season – like isolating players in Arizona, away from their families – need some work.

“I’m all about safety,” Verdugo said Monday on a conference call with media. “I just want to make sure we’re safe, playing it smart, and doing the right things.

“I’m in it for whatever’s safe and whatever’s smart. There has been a lot of talk and a lot of rumors of scenarios and things like that. Some of them seem a bit extreme. I get that we want to play, and like I said, I want to play as well. I think we need to also be cautious with our players and be safer for the families involved.”

Verdugo said he chose to remain in Fort Myers when spring training was shuttered and has been working out at recently reopened Fenway South while taking “the whole quarantine thing pretty serious.” He said Chris Sale, who had Tommy John surgery in March, is also at the facility.

Verdugo appeared in 106 games for the Dodgers in 2019, batting .294 with a .475 slugging percentage and .817 on-base percentage before missing the last two months of the season with the L-5 stress fracture. He said Monday that pain caused him to have trouble sleeping or doing simple tasks like putting socks on, but he believes he’s ready to resume.

The 23-year-old joined the Red Sox in the trade that sent Mookie Betts and David Price to the Dodgers,

“Whenever the season starts, I think I’ll be ready,” Verdugo said. “Whether that is soon, whether it’s a few months down the road or whatever that may be, I think physically, I’m ready.” 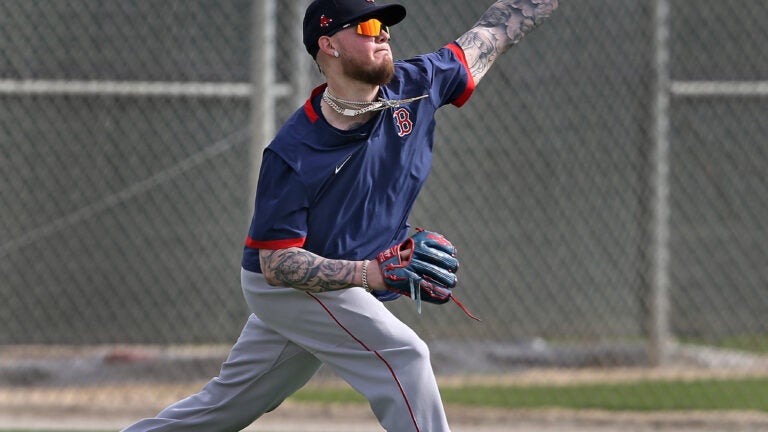