The 2020 MLB Draft concludes Thursday, with the Red Sox set to select three players after drafting 18-year-old second baseman Nick Yorke in the first round Wednesday.

After MLB’s investigation into the team’s 2018 sign-stealing, the Red Sox forfeited their second round pick. The Red Sox will make selections in the third, fourth, and fifth rounds of the draft, at Nos. 89, 118, and 148 overall.

At 17 years, 5 months of age, Jordan is one of the youngest prospects in the Class of 2020, but the 6-foot-2-inch, 220-pound right-hander has power beyond his years. According to MLB.com, he won his first national home run derby when he was 11 years old and posted the highest exit velocity (106.9 miles per hour) at the World Wood Bat Association World Championship in October.

Jordan, a Mississippi State commit, reclassified to the Class of 2020 last summer. He played 100 games through four years of varsity baseball, finishing his career with a .440 batting average, 131 hits, 98 RBIs, 33 doubles, 19 home runs, and six triples, according to MaxPreps.

Ranked No. 42 by MLB Pipeline, Red Sox director of amateur scouting Paul Toboni said he was surprised to see Jordan still available when the Red Sox selected him.

“We were really, really excited to have the opportunity to select him,” Toboni said on a Zoom call with the media Thursday night. “Quite frankly, we didn’t think he was going to make it that far in the draft, and we were thrilled. He’s a unique talent.”

With the 118th overall pick, the Red Sox selected left-handed pitcher Jeremy Wu-Yelland out of the University of Hawaii.

Wu-Yelland, a junior, saw time as a starter and reliever during his time in Honolulu. According to MLB.com, the southpaw has command issues that make the bullpen the best spot for him, but Toboni said the team is looking to use him as a starter at this point.

“We think that might be the case,” he said. “Long-term, still a little bit unsure. We think the strikes are good enough, we think that he’s able to get his pitches moving in a number of unique directions. Command, I think, there’s enough there right now, but we’re hoping he can take a little bit of a jump in that regard, too.”

At Hawaii, he made seven appearances in this year’s shortened season and was the only pitcher to post double-digit innings (13) and an ERA below 1.00 (0.69), allowing just one run. He earned the win out of the bullpen in a 5-4 opening day victory over Hawaii-Hilo for the 11-6 Rainbow Warriors.

A native of Spokane, Wash., Wu-Yelland appeared in 10 games for the Chatham Anglers in the Cape Cod Baseball League last summer. He went 2-1 with a 3.15 ERA, striking out 26 and walking 15 through 25.2 innings.

Ranked as the 147th available prospect by MLB Pipeline, Drohan was previously selected by the Phillies in the 23rd round in 2017. He opted to honor his commitment to Florida State, where he started all four weekends of this year’s abbreviated season.

On a team that ranked seventh nationally in strikeouts (208), the 6-feet-3-inch, 195-pound junior led the team with 27. He had a career game against third-ranked Texas Tech, striking out nine, a career-best, good for the most in the country against a Top 10 opponent this season.

After breaking out as a sophomore, he played for the Falmouth Commodores in the Cape Cod Baseball League.

A two-sport athlete at Cardinal Newman High School in West Palm Beach, Fla., where he was a quarterback, Drohan “is still learning how to pitch,” according to scouts who say “there’s still a lot to dream on” with the 21-year-old.

Drohan’s fastball reaches 95 miles per hour and is consistently in the low-90s, and scouts say “he has the chance to have an above-average curveball, with good-quarter break to it and his changeup continues to improve.” 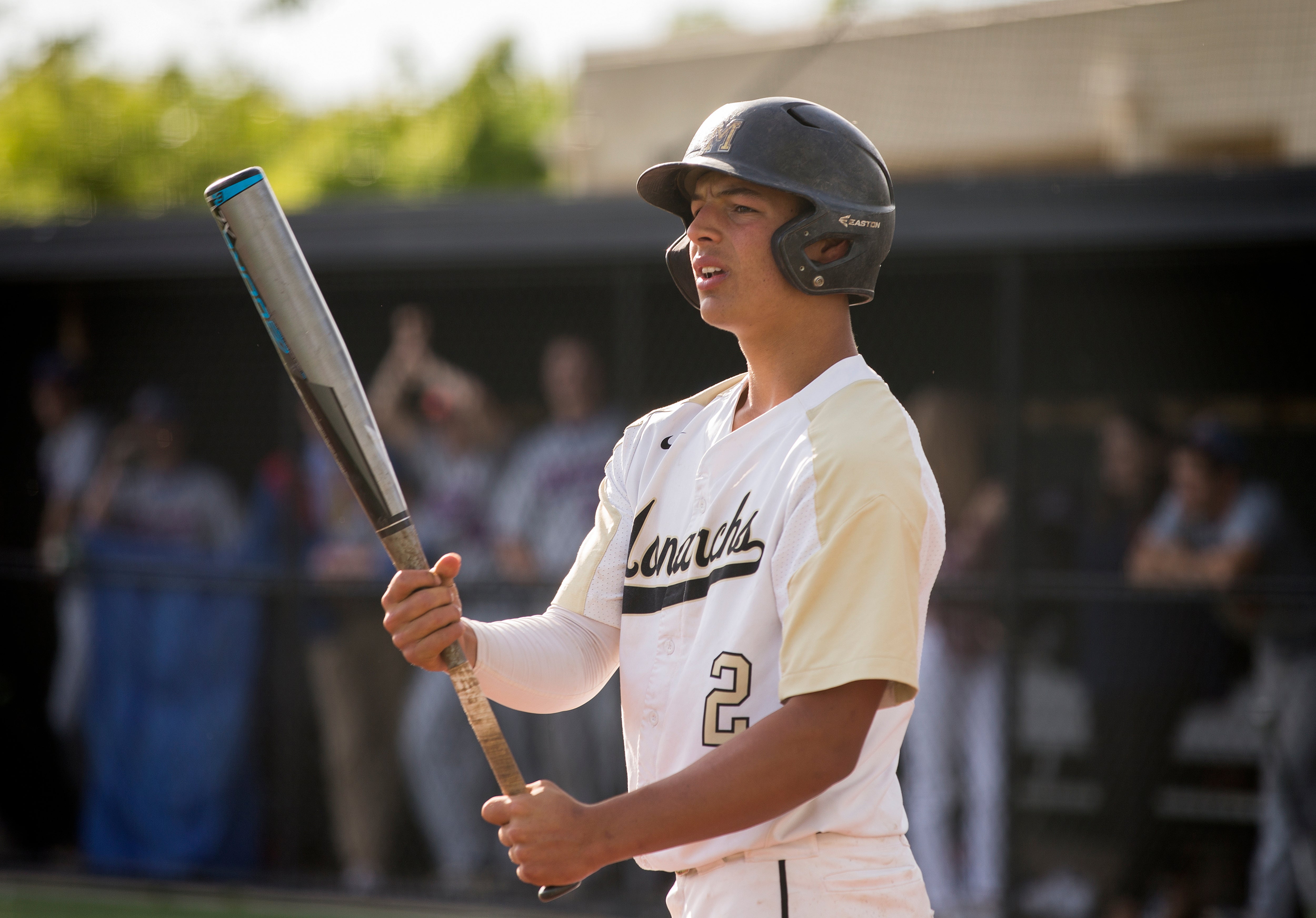