In the fourth round of the MLB Draft, the Red Sox selected left-handed pitcher Jeremy Wu-Yelland out of the University of Hawaii.

Wu-Yelland, a junior, is the first college player taken by the team in the 2020 draft, after the Red Sox chose high schoolers Nick Yorke and Blaze Jordan with their first two picks.

Here are five things to know about Wu-Yelland, who was taken at No. 118 overall.

He wasn’t ranked by MLB Pipeline

Wu-Yelland wasn’t ranked by MLB Pipeline heading into the 2020 Draft. Fangraphs tabbed him as No. 183 among the draft’s prospects, and Baseball America ranked him at No. 261.

Despite the lack of buzz before the Red Sox selected him with the 118th overall pick, Wu-Yelland’s college coach expected that his pitcher’s name would be called.

“The only player we envision being drafted is Jeremy Wu-Yelland, because we think he is a top-five round guy,” Hawaii coach Mike Trapasso told KITV.

He’s played as a starter and a reliever

After seeing time out of the bullpen as a freshman in 2018 – making one start in 16 games – Wu-Yelland emerged as a go-to for the Rainbow Warriors last season. He appeared in 17 games, making seven starts (2-4, 1 save) while recording 44 strikeouts in 46.1 innings and limiting opposing hitters to .249.

He made seven appearances in this year’s shortened season, posting a 0.69 ERA by allowing just one run through 13 innings pitched.

He got the ball on Opening Day in each of the last two seasons.

He had a solid summer on Cape Cod

Wu-Yelland played for the Chatham Anglers in the Cape Cod Baseball League last summer. He went 2-1 with a 3.15 ERA, posting 26 strikeouts and walking 15 through 25.2 innings.

He put extra work in during his time in Hawaii

In a campaign on his team’s Instagram in April, Wu-Yelland shared how he stays in shape.

“I do ab workouts and at least 100 push-ups everyday outside of team practice and workouts,” he said.

How do YOU stay fit?

His favorite baseball player is also a pitcher

Ohtani, 25, was coming off an inaugural campaign that earned him National League Rookie of the Year honors when Wu-Yelland tabbed him as his favorite big-leaguer. 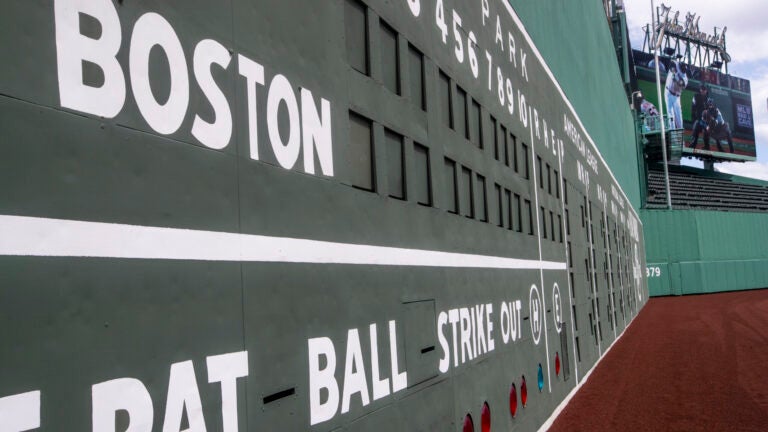