As the Red Sox prepare for their season- opener on July 24 against the Baltimore Orioles, without fans in attendance, the team has been testing piped-in crowd noise at Fenway Park.

In a video tweeted by NESN’s Tom Caron on Friday, the sound of murmuring fans and music can be heard blaring out of the stadium speakers.

The crowd goes wild, as they experiment with piped-in audio here at an empty Fenway Park. pic.twitter.com/rpw9jo9NDg

With the presence of spectators in many ballparks being restricted due to COVID-19, MLB sent audio to all thirty teams, according to Caron. Red Sox manager Ron Roenicke spoke about the fake crowd noise ahead of Friday’s intrasquad game.

“We’re also going to experiment some things with noise,” Roenicke said, according to WEEI.  “I don’t exactly what it all is but they want to try some things I think maybe similar to what Taiwan is doing and what Korea is doing. So hopefully it won’t be quite as quiet. It was quiet today. It was different, certainly. But I guess it’s kind of like spring training when you play those intrasquad games before you play those 1 o’clock games and it was similar to that. But different. Everything is a little different.”

Red Sox president and CEO Sam Kennedy, as well as chairman Tom Werner, were spotted inside the ballpark, listening to the audio. Kennedy seemed to enjoy it, pumping his hands in the air to the roar of a fake crowd.

Hard to imagine baseball without fans? 🤔 take a listen to what the #RedSox are testing out at Fenway 👂 pic.twitter.com/4xH3pTJz7x

Overseas, sports teams in Japan, South Korea and Taiwan have already instituted the fake-crowd noise during games. For soccer, Japan has even experimented with a “Remote Cheerer” app during matches that will allow fans from home to cheer, or “heckle,” during games. 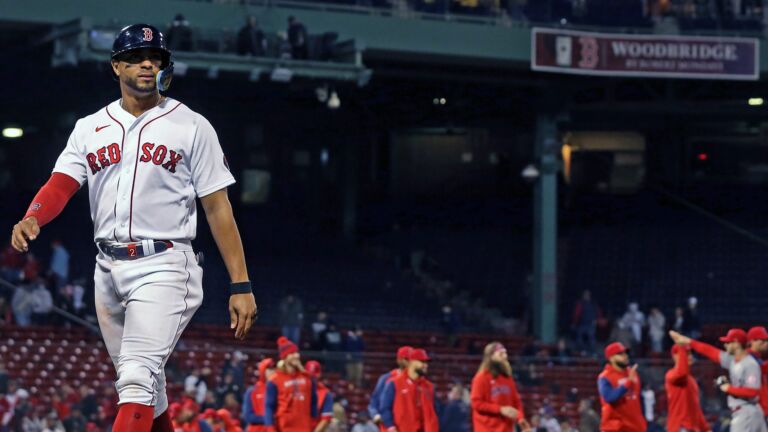