I first wrote a version of this column many years ago, nearly 20 now, in a different time and at a different place.

In the spirit of the Red Sox’ imminent and welcome return to our strange and scary world, I think it’s time for an update.

You never forget the journeymen that came through in the biggest moments, from Bobby Kielty to Jonny Gomes to Steve Pearce.

You wonder how franchise history would have been different had the Joe Rudi/Rollie Fingers purchases in ’76 or the tentative deals for Sammy Sosa, Kevin Appier, and John Wetteland during the ’94 strike been upheld.

You don’t believe it’s totally out of the question that Wade Boggs could indeed will himself invisible in certain circumstances.

You are certain that Fred Lynn would have made the Hall of Fame had he spent his entire career with the Red Sox.

You believe Dwight Evans and Luis Tiant should have made the Hall of Fame, period, and will someday.

You think it’s an abomination that Dewey ever wore Oriole orange and Louie was stolen away by the Yankees.

You are surprised that Thurman Munson isn’t a Hall of Famer, even though you wouldn’t have traded Carlton Fisk for two of him, maybe three.

You believe there’s a better chance that 53-year-old Tim Wakefield could give the Red Sox five good innings right now than most of their starting rotation could, and he should wear his spikes to the NESN studios just in case he’s called upon.

You bought the hype on at least one Dan Duquette bargain-bin, faded-prospect hitter — Rudy Pemberton, Dwayne Hosey — or one that worked out, Troy O’Leary.

You know deep in your soul that Pokey Reese’s catch was better than Derek Jeter’s, but his smoothness made it look easier.

You think of shirtless Mike Napoli roaming Newbury Street after the ’13 clincher as your spirit animal.

You can spell “Saltalamacchia” correctly on the first try.

You wish the Red Sox still had Markus Lynn Betts.

You know that Fenway Park has never been more vibrant than when it was Pedro’s day to take the ball and anything seemed possible. 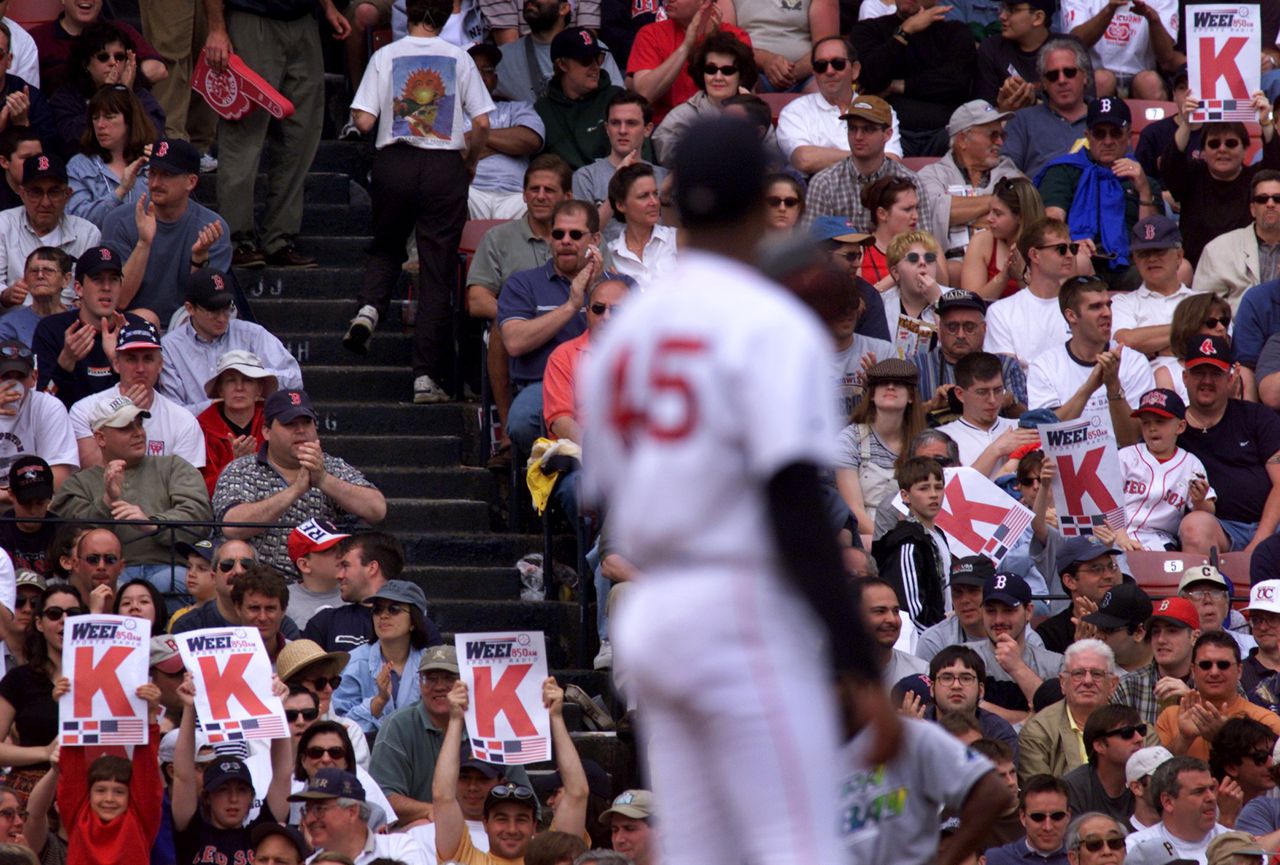 You are aware that you’ll never see a closer make it look easier or have more fun doing it than Koji Uehara in 2013.

You would have recognized bullpen cop Steve Horgan on the street long before Torii Hunter toppled, Horgan raised his arms, and Stan Grossfeld captured a photo for the ages.

You believe Kevin Millar’s “Don’t Let Us Win Tonight” speech should be engraved on a plaque somewhere prominent along the Freedom Trail.

You remind anyone who brings up Dave Roberts’s epic stolen base that Bill Mueller deserves more credit than he gets for driving Roberts in.

You would have told Ted Williams that he was the best hitter who ever lived if you ever saw him walking down the street.

You still have a stash of Phil Plantier rookie cards somewhere.

You remember every one of the can’t-miss Red Sox prospects that did, especially Juan Bustabad.

You remember juicy trade rumors from Peter Gammons’s classic baseball notes columns, and remain grateful to this day that the Red Sox did not trade Jim Rice to the Braves for Brad Komminsk in 1984.

You were happy that it was Ellis Burks, the personification of class, who carried the championship trophy off the plane in October 2004. 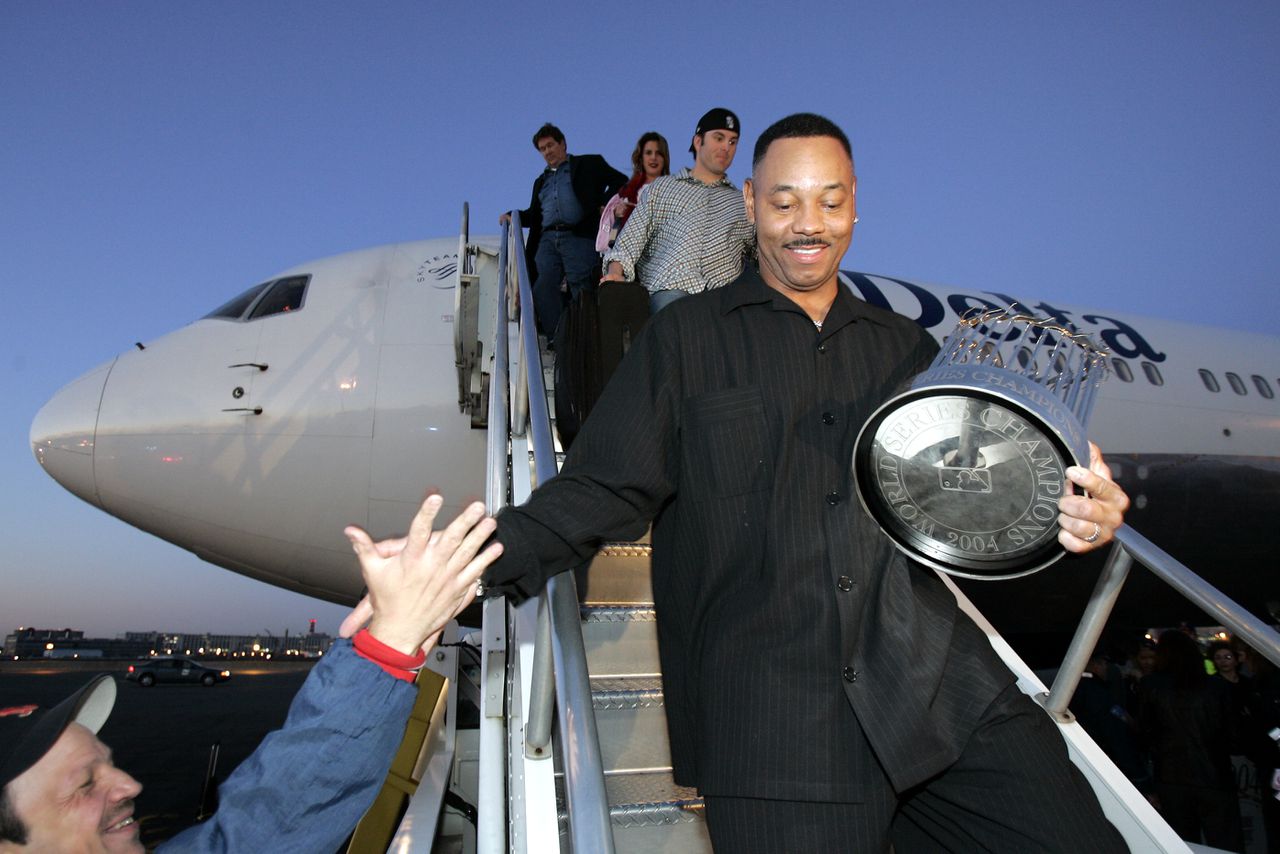 Ellis Burks came back to Boston in 2004 to play 11 games for the Red Sox and handle some hardware.

You catch yourself wondering whether Burks still has nightmares about Mike Greenwell crashing into his torso just as he’s about to catch a routine fly ball.

You wonder what might have been for those whose promise was snuffed out by injury. Tony C, of course, but also steady if not quite superstar ballplayers such as Tim Naehring.

You still sometimes think about an alternate universe in which Marty Barrett was the World Series MVP, Bruce Hurst won the last game of the season, and a statue of Dave Henderson was erected on Van Ness Street. (Still in favor of the Hendu statue, FYI.)

You hear the opening notes of “Three Little Birds” and think not of Bob Marley but Shane Victorino.

You sometimes catch yourself thinking, perhaps in a quiet moment, or perhaps in an inebriated one, how much Theo Epstein’s decision to sign Twins discard David Ortiz on Jan. 22, 2003, positively impacted your life.

You have never once referred to David Ortiz as David. It’s always Papi, even on first reference.

You remember that Scott Cooper made two All-Star teams and John Valentin never made one.

You hear the name of the superstar Kansas City Chiefs quarterback and immediately think of his same-named dad who had a 7.25 ERA for the 1996-97 Red Sox.

You don’t necessarily condone Martinez gentling toppling a charging Don Zimmer, but you do feel like it might have been karmic payback for the way Zimmer brought down the Red Sox in ’78.

You believe Terry Francona is the best Red Sox manager of your lifetime, but still have no idea why he brought Martinez into Game 7 against the Yankees in 2004.

You’re still not sure which grand slam against the Indians caught you more by joyous surprise, O’Leary’s in 1999 or Drew’s in 2007.

You’ve had a pet named Manny, Mookie, or if you’re into less-famous Sox, Arquimedez or Midre.

You curse any mention of Jack Hamilton, Vern Ruhle, and Al Reyes.

You see Jimmy Fallon’s character’s closet of Red Sox t-shirts in “Fever Pitch” and wonder where you can get a George Scott No. 15 jersey yourself.

You watched “Fever Pitch,‘’ regrettably and against your better judgment. Twice.

And just to close it out, Koji-style, the same way I did in the first edition of You’re a Red Sox Fan If way back when …

If you’re a Yankees fan, you’ll forget to thank the Red Sox fan who helped you read this. 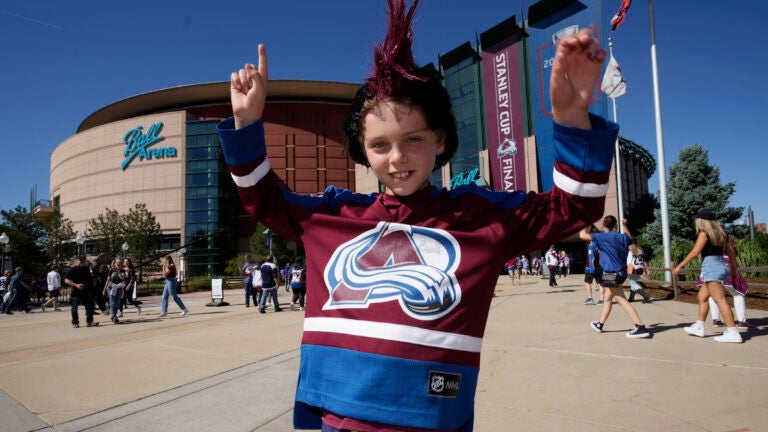