Red Sox chairman Tom Werner is a fan of Mookie Betts, but he isn’t a fan of the contract Betts received earlier this week.

Betts agreed Wednesday to a 12-year, $365-million contract with the Dodgers, who acquired the superstar outfielder from the Red Sox in February. In an interview on WEEI’s “Ordway, Merloni, and Fauria” Friday, Werner, while acknowledging Betts’ talent, questioned the Dodgers’ decision to sign Betts to such a long extension.

“It’s always difficult to trade a talented player of Mookie’s caliber, but let’s revisit this conversation in 12 years,” Werner said. “That’s a very, very long-term deal for a team to swallow. You guys know as well as I do that the history of long-term deals is checkered at best.”

As Werner noted, it wasn’t necessarily the money that shied the Red Sox away from extending Betts. They offered Betts a $300-million extension over 10 years, according to Alex Speier of the Boston Globe.

Werner thought the team made Betts a good contract offer and defended the trade that shipped Betts out west.

“We made what we thought was a generous offer, but for us, it’s time to turn the page,” Werner said. “…We think we made the right decision at the time.”

The Red Sox traded Betts along with David Price (with the Red Sox reportedly paying half of the $96 million Price is owed on his remaining deal) for Alex Verdugo and minor leaguers Connor Wong and Jeter Downs. 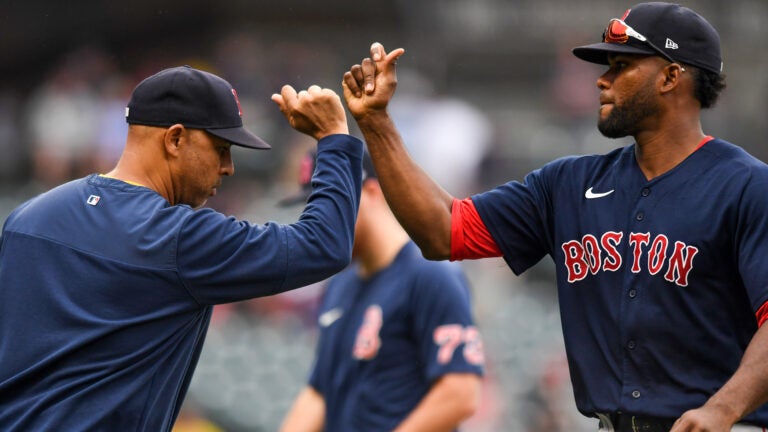