José Iglesias added four hits for the Orioles, who took the final two games of the season-opening series.

Baltimore’s Wade LeBlanc (1-0) gave up two home runs but settled down over 5 2/3 innings, allowing four runs and four hits while striking out four. Cole Sulser held the Red Sox scoreless over the final two innings to get the save.

LeBlanc said the lift provided by the offense allowed him to be more aggressive in the zone.

“Series wins are huge. This was a big confidence game,” he said.

The Orioles’ starters issued no walks in the final two games of the series (11 innings), while striking out 10. Manager Brandon Hyde said he hopes trends like that carry over for his pitching staff.

“Bullpen guys coming and working ahead in the count and throwing strikes is something we struggled with last year,” Hyde said. “Hopefully we can continue to do that the rest of the year.”

He said he let first-game jitters get the best of him, adding that he had trouble commanding his fastball. He also had two ground ball outs.

“Falling behind and leaving balls over the plate is not a good recipe,” Weber said.

LeBlanc got through the first five innings relatively unscathed, allowing only four hits and the two home runs. He was sitting on a 6-2 lead in the sixth before giving up a leadoff, infield single to Jackie Bradley Jr. He got the next two hitters out before a double by Rafael Devers put runners at second and third.

LeBlanc was pulled in favor of Miguel Castro, and Xander Bogaerts delivered a two-run single cut the lead to 6-4.

That was as close as the Red Sox got.

Castro got the first out of the inning and reliever Tanner Scott got the last two to end Boston’s rally.

Ruiz put the Orioles up 2-0 in the first inning, connecting on a first-pitch offering from Weber and driving it over the right field wall.

Christian Vázquez got the Red Sox on the scoreboard with a solo homer in the second. But Baltimore added four runs over the next two innings, capped by Santander’s drive into the bullpen in the fourth.

In the bottom half of the inning, Santander showed off his defensive skills when he jumped against the right field wall and snared Bogaerts’ would-be home run just inside of the foul pole.

Orioles: Hyde said he is hopeful LHP John Means, who started the season on the injured list with left shoulder fatigue, will be ready to pitch the final home game of their series with Miami. Means was slated to be the opening day starter before going on the IL.

Red Sox: LHP Eduardo Rodriguez is awaiting results of additional testing after doctors discovered an issue with his heart they believe is a result of his bout with COVID-19. The 27-year-old tested positive for the coronavirus before the start of summer camp but was cleared and returned to workouts on July 18. He hasn’t had another positive coronavirus test, but said an MRI revealed a condition called myocarditis that the team’s medical staff felt was serious enough to restrict him from activities for at least a week.

Boston RHP Zack Godley was called up to the major league roster on Sunday, a day after the team optioned Dylan Covey to the alternate training site in Triple-A Pawtucket. … The Red Sox also claimed RHP Robert Stock off waivers from Philadelphia, also sending him to Pawtucket.

Orioles: Right-hander Asher Wojciechowski will start Baltimore’s series opener at Miami on Monday. He made 16 starts (17 appearances) for the O’s in 2019 and finished with a 4-8 record and 4.92 ERA.

Red Sox: Left-hander Josh Osich will be the opener Monday against the New York Mets. He’s appeared in one game this season, allowing one hit in one inning of work. It will be his first career start. Lefty Matt Hall is scheduled to start on Tuesday. 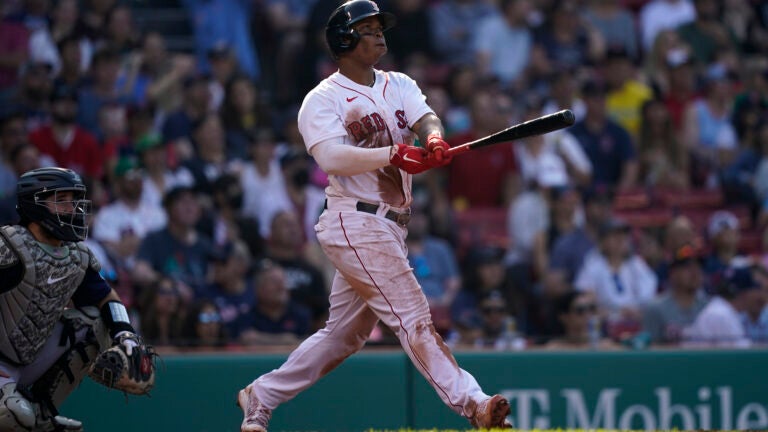