On Wednesday, players in multiple sports leagues in the United States decided to not play games in an escalated effort to bring about change and an end to systemic racism.

The decision was first made by the Milwaukee Bucks in response to the police shooting of Jacob Blake in Wisconsin.

On a local level, Celtics players have spoken out on the issue, as have members of the Patriots.

I do not have the words to meet the depths of my frustration & sadness. But, I do know that the senseless killings & shootings of Black Americans by the police and vigilantes has to stop. These are human rights violations. My children deserve better. We all deserve better.

Two games did occur on Wednesday. One was between the Bruins and Lightning. Tampa Bay won Game 3 of the playoff series, defeating Boston 7-1.

Jackie Bradley Jr. spoke about his perspective on racial injustice: While multiple Major League Baseball games didn’t happen on Wednesday as players decided not to take the field given the ongoing fight against police brutality and racial injustice, the Red Sox played on.

Asked about it after the game, Red Sox outfielder Jackie Bradley Jr. offered his thoughts. Though he said Boston wasn’t aware of the actions of other teams until he was warming up, Bradley said he still didn’t know if the Red Sox would have not played had they known more beforehand.

Bradley said that he’s talked with his mother, Alfreda Hagans, a former Virginia State Trooper, about the subject.

“And to hear the things that she’s seen as a cop, the things she’s experienced as a Black woman. She’s able to tell you from both sides that she’s seen some stuff,” said Bradley. “She’s seen some bad stuff. And I’m glad that my mother is alive. She’s a very strong woman and she’s been able to instill a lot of great qualities in her children and I have the utmost respect for my mother.”

Bradley ultimately views it as his own responsibility to help raise awareness on issues of racial injustice.

“I am the only Black person on this team,” Bradley explained. “So I kind of feel like it’s my responsibility to address it in certain situations just so people can see what I feel and the things that I think about. I can take it on.”

“I think voices are being heard,” he added. “Hopefully changes are being made and we just have to continue to grow, continue to push forward and try to be better as individuals and together as well.”

I’m moved by all the @NBA players for standing up for what is right. To my man @TheJetOnTNT I would like to say Thank you for what you did to show your support for the players. I am so proud of you. Keep getting in good trouble. @NBAonTNT @ESPNNBA @espn #NBAPlayoffs ✊🏿

On this day: In 2004, Argentina pulled off the upset to defeat the United States in the men’s basketball Olympic semifinals, 89-81.

It was, in some respects, a predictable outcome. Gone were the days of the “Dream Team,” when U.S. professional players simply rolled over international competition. The loss was the third of the tournament for the previously invincible Americans, including a shocking 19-point defeat to Puerto Rico in the group stage opener.

While the U.S. team, coached by Larry Brown, lacked some of the star power of the past, it nonetheless was able to field a capable roster.

Yet Argentina, led by Spurs guard Manu Ginobili, showed what skillful passing and efficient three-point shooting could accomplish. That, combined with a mix of defenses which prevented the U.S. from getting into a rhythm, held the NBA stars to just 81 points.

The loss helped lead to a change in how Team USA was put together and managed. The “Redeem Team” of 2008 was born out of the defeat in 2004. 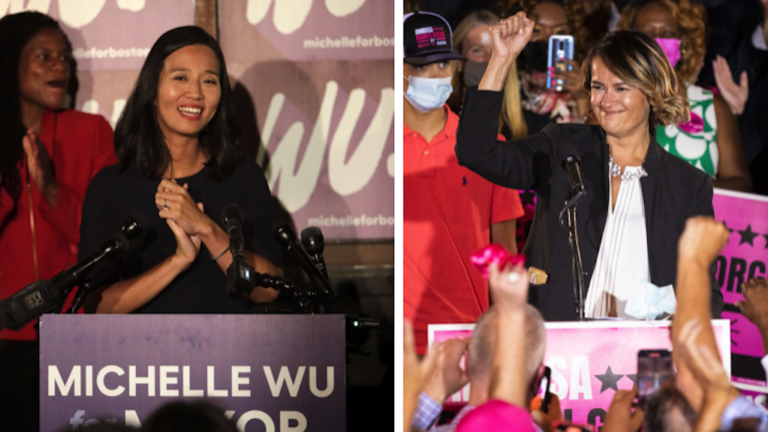