Red Sox fans didn’t have much to root for in 2020, other than a quick and merciful end to their charade of a season.

Xander Bogaerts was his reliably excellent self. Rafael Devers pulverized baseballs deep into the empty Fenway stands from time to time. Alex Verdugo delivered clues that he may someday be a fan favorite and an All-Star.

And it was occasionally fun, I suppose, to try to guess whether Andrew Triggs, Kyle Mooney, and Robinson Leyer were actually the latest pitchers recalled from the Alternate Site or current “Saturday Night Live” cast members.

(Got ya with the curve there, didn’t !? Kyle Mooney actually is an “SNL” cast member. You have him confused with Kyle Hart. It’s understandable.)

Other than those fleeting satisfactions, though, there wasn’t much to root for. But that doesn’t mean a disaffected Red Sox fan shouldn’t find some rooting interests and enjoy the postseason.

No, the Red Sox are not involved. Ha ha, good one. Glad to see you kept your sense of humor though all of this.

But neither are the Yankees now that the expanded playoff field has been whittled to a final four. The Astros and Rays are clashing for the AL pennant, while the Dodgers and Braves appear to be playing Home Run Derby for the NL crown.

Seems to me the team Red Sox fans should be pulling for is obvious. But let’s go through them in order of what should be the least amount of local interest to most as far as the Boston perspective goes.

▪ Astros: Hey look, it’s the unrepentant villains of baseball, still alive in this postseason despite a 29-31 regular season. I know, glass houses/thrown stones and all of that.

The Red Sox did have their own shady scandal, getting popped for using a video replay monitor to decode opponents’ signs during the 2018 regular season. That must be acknowledged, because the Red Sox don’t exactly have total access to the high road when it comes to aiming scorn at the Astros.

But the scope of the Astros’ scandal was more elaborate, with greater effect on the outcome of not just individual games but series. If they had any collective character, they would be repentant. Yet they’ve taken to portraying themselves as martyrs despite largely dodging the consequences of their actions, given that there were no fans in the stands to boo them this season and the regionalized schedule allowed them to avoid teams like the Dodgers that might have had retribution in mind.

There is very little to like about them beyond their first-year manager, Dusty Baker, who gracefully answers over and over again for nonsense with which he was not involved.

▪ Braves: When I was growing up in the 1980s, NESN wasn’t part of the basic cable package where I lived. TBS, which pretty much featured Braves games and “Brady Bunch” reruns, was, and largely because of Skip Caray’s wry broadcasting approach, they became my second-favorite team.

I got to watch Dale Murphy put an upbeat face on a sad decline, Ron Gant get sent down to A-ball after playing second base as if a pin had been pulled from the ball, and Tom Glavine, John Smoltz, and Steve Avery routinely get clobbered when first arriving in the big leagues . . . and then I got to watch it all come to fruition with the joyous worst-to-first season of 1991.

My interest in the Braves waned when they signed Greg Maddux and became, save for 1995, a boringly excellent team and recurring October disappointment, but I fondly remember those days of cheering for them at their lousiest of lows and then that unexpected high. 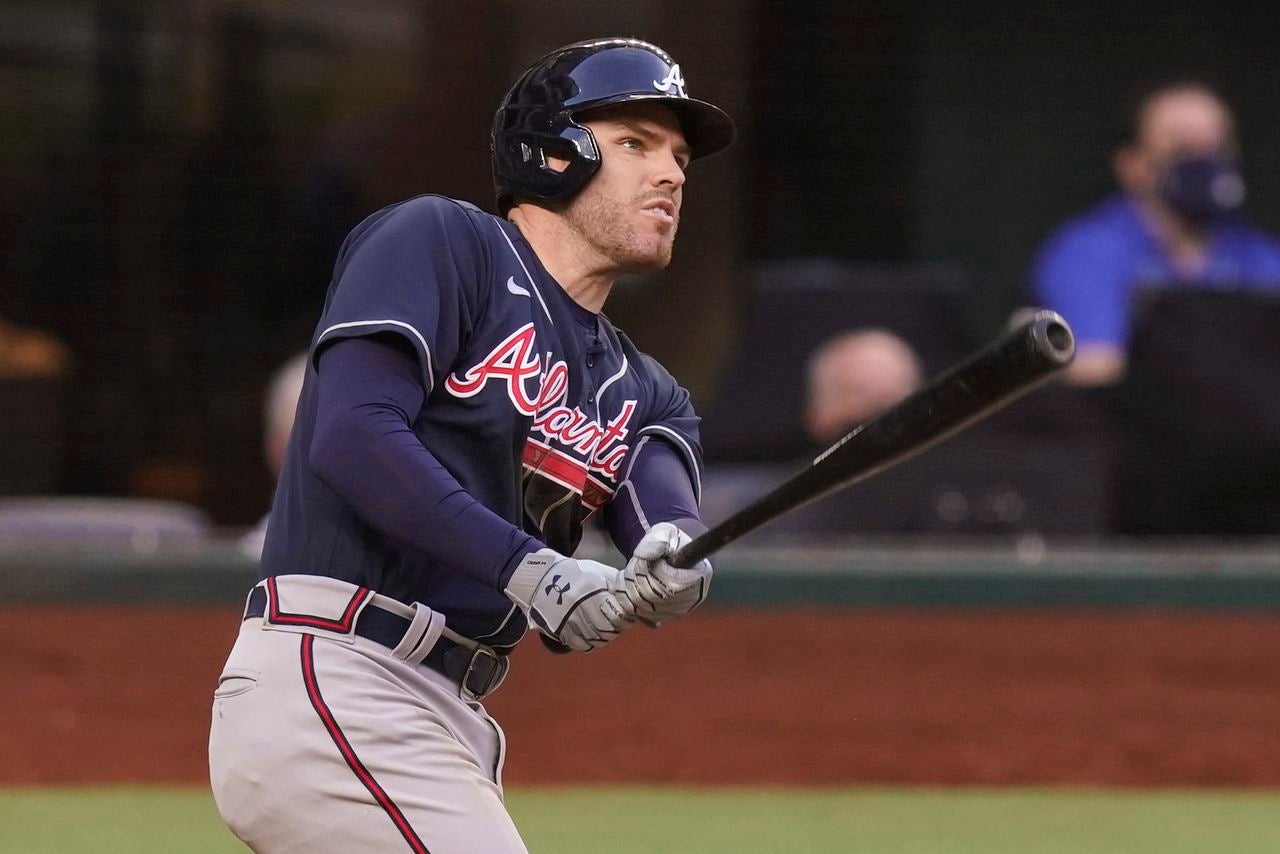 Atlanta’s Freddie Freeman has been a key part of the Braves’ success this season.

I suppose some of our eldest of old-timers might pull for them still because they once were the Boston Braves, but I suspect most feelings on them around here are, like mine, mostly neutral. At least until you realize Pablo Sandoval is on their roster.

▪ Rays: Never would have thought back in the early (Devil) Rays days of Brent Abernathy, Ryan Rupe, and weird beanball wars with their Boston superiors that they would end up becoming a model for what the Red Sox want to do, but here we are.

The Rays have been excellent for a while now — 90 wins in 2018, 96 last year, and an MLB-best 40 this year in 60 games — and they now have a postseason series win to savor after ousting the Yankees in dramatic fashion in the ALDS. Their lineup is full of good players who lack much of a national profile, but perhaps that is changing now.

They’ve made savvy trades — the Chris Archer for Tyler Glasnow and Austin Meadows deal with the Pirates has a chance to be an all-time heist — and their knack for finding reliever after reliever who can dial up the radar gun to three digits is the envy of the league.

Red Sox president of baseball operations Chaim Bloom made his name in the Rays organization, and the seeds of their philosophy have been planted with the Red Sox. (The Rays reportedly wanted Nick Pivetta and Connor Seabold from the Phillies before Bloom got them for a pair of relief pitchers.) 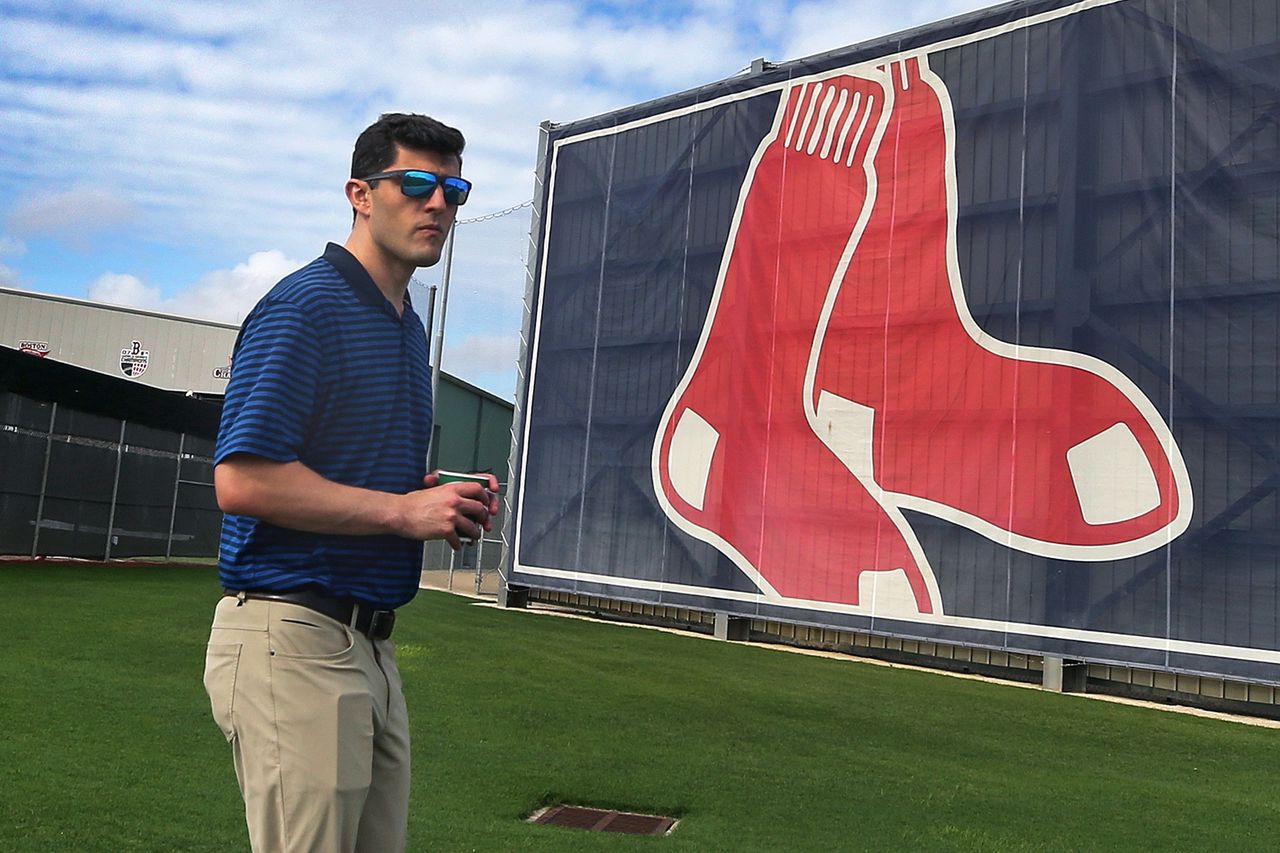 Current Boston baseball boss Chaim Bloom helped shape a Rays’ team that could be headed for the World Series.

I do have my concerns with making the roster overly interchangeable in a market such as Boston that expects stars, but the Rays’ success offers a peek into what might work for the next great Red Sox team. If that’s not reason enough to pull for them, they knocked out the Yankees and now aim to do the same to the dastardly Astros.

▪ Dodgers: For both historical and current reasons, aren’t they the obvious choice? Like the Red Sox, they spent a long time on the disappointing end of a rivalry with the Yankees. When they beat Reggie Jackson & Co. in the 1981 World Series, it felt to my 11-year-old self like it would be possible for the Red Sox to someday conquer them, too. (I did not expect it to take another 23 years.)

Popular Red Sox champions such as Derek Lowe, Manny Ramirez, and Bill Mueller also played in the Chavez Ravine sunshine. Mookie Betts is there now, where he is properly appreciated, and I’ll wish the best for him right on through the day he makes his Hall of Fame speech.

And how does anyone with any recollection of the events of October 2004 not root for Dave Roberts, now the Dodgers manager, to prevail in everything he does in life? Plus, they loathe the Astros more than anyone. Beat LA? Nah. Beat ’em all, LA. 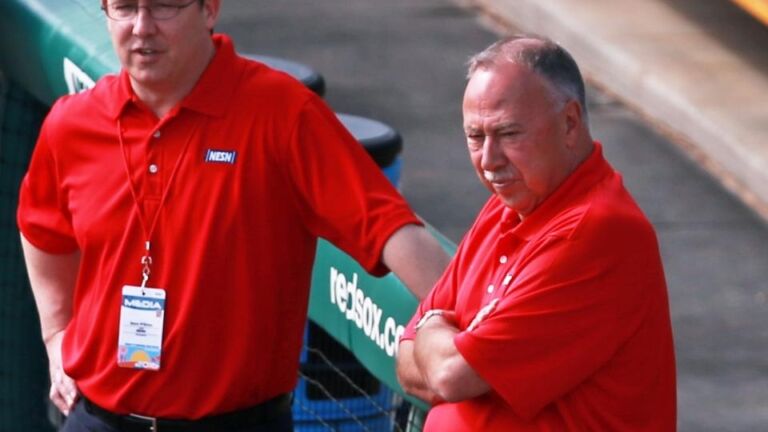