Alex Cora is coming back to Boston for another round.

The Red Sox will reportedly rehire Cora as their manager.

Cora returns after he parted ways with the Red Sox in January after MLB’s investigation of the Astros’ cheating scandal revealed Cora played a key role in stealing signs. The hiring of Cora, who managed Boston to a World Series title in 2018, stirred all sorts of reactions across the baseball world.

Longtime baseball journalist Peter Gammons reported that Cora and his family wanted to come back to Boston, saying his prior experience is valuable.

“There is a lot of advantage of knowing Boston,” Gammons said on MLB Network. “Alex is fine in Boston. He’s able to take it.”

Gammons also said he knew players were excited about the rehiring, saying that he’s good at dealing with players.

“I heard from some of [the players], I know that his phone was buzzing all morning about it from the players,” Gammons said. “He’s really good at delivering bad news, things people don’t want to hear. The players know it’s not personal. It’s professional.”

“A lot of guys [on the Red Sox] really understand his style of leadership,” Gammons said. “I think it’s important. I think it works. I give Chaim Bloom a lot of credit. He really understands in a short time how difficult it is to be in Boston.”

Hall of Famer @pgammo weighs in on Alex Cora’s reported return to the #RedSox. #MLBNHotStove pic.twitter.com/nFiaWGIplw

ESPN’s Joon Lee gave reasons why Cora’s return may work out or be a failure. He wrote that Cora’s return could work because he’s already been there and is popular with the fans and players.

For reasons why it may not work, Lee’s biggest point was whether hiring Cora was Bloom’s decision or ownership’s decision.

Lee also mentioned that having no Mookie Betts – who was in Boston for Cora’s first tenure – and the lack of good pitching could sink Cora.

USA Today’s Gabe Lacques wrote that if you didn’t think Cora’s suspension wasn’t long enough, what he’s about to face managing the 2021 Red Sox and potentially beyond may be an appropriate punishment.

“Other than losing a paycheck, Cora was fortunate to avoid the horror that was the 2020 Red Sox season,” Lacques wrote, “a year that saw them finish with the fourth-worst record in baseball, with a pitching staff last in the majors in Fielding Independent Pitching and 28th in earned-run average, and a lineup with 100% less Mookie Betts.

“The first time around, Cora was handed a championship-ready roster and ran it beautifully,” Lacque later added. “This time, it will be as much about teaching and prodding and believing in a longer-term vision, and there’s no reason Cora can’t rise to this occasion, as well.”

Sporting News’ Ryan Fagan questioned the timing of the news. It was reported shortly after 9 a.m. by MLB Network’s Jon Heyman that the Red Sox are bringing back Cora. Moments earlier, Joe Biden took the lead in Pennsylvania, furthering solidifying his chances to win the Presidential Election.

“Announcing this hiring within a half-hour of the biggest election news of the past few years sure makes it seem like the Red Sox were trying to avoid criticism that might have normally come their way,” Fagan wrote. “They’ll deny that, but the optics are unavoidable. They announced Ron Roenicke wouldn’t be back for 2021 in late September, remember. They could have announced Cora before the election started — he’s been considered by some as shoo-in for a while now — or waited until the election ended.”

It should be noted that as of Friday afternoon, the Red Sox haven’t publicly announced the hiring.

Former Mets general manager Jim Duquette believed Cora was the only person the Red Sox could hire for the job.

“Alex is the better candidate when you look at all things considered,” Duquette said on Sirius XM MLB Network Radio. “Regardless of the fact that whether he has a good relationship (with Bloom), a longstanding relationship or not. He’s got the experience now, he’s won there, the fan base, the players obviously love him. So I think it would have been almost impossible for him to choose anyone else.” 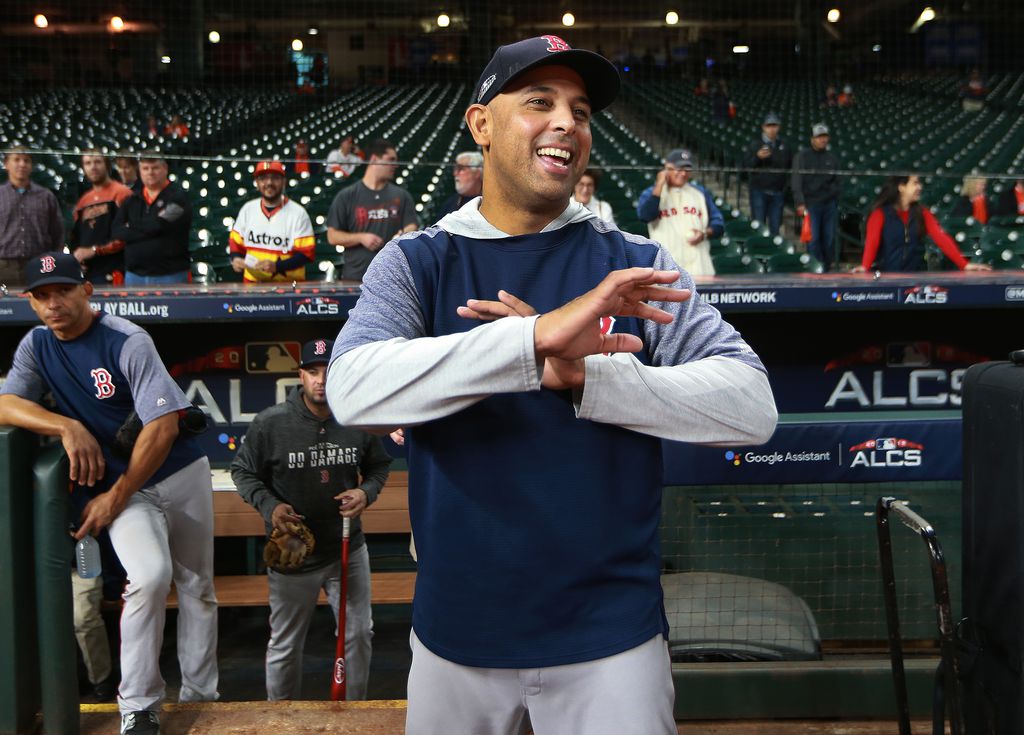