Alex Cora, in his re-introductory press conference Tuesday afternoon, apologized to the Red Sox organization and took ownership for his involvement in the Houston Astros’ sign-stealing scandal.

The Red Sox manager – who is rejoining the club on a two-year contract with a two-year club option for 2023 and 2024 – is back less than a year after he was fired in January 2020.

Cora, who is coming off a season-long suspension, helped guide the Red Sox to a World Series title in 2018. He addressed the media along with president & CEO Sam Kennedy, chief baseball officer Chaim Bloom, and general manager Brian O’Halloran, acknowledging that it’s been “a tough year.”

“I deserve what happened this year,” Cora said. “It’s something that I’m not proud of.”

He said he put the Red Sox in a difficult spot and that he’s sorry for what he did. While he enjoyed spending time with his family, he noted that he was at home for the wrong reasons.

Cora said he was “humbled” by the situation and that he “learned a lot” throughout the year.

“This situation is part of who I am, for the rest of my career,” Cora said. “As a man, I have to deal with it. I don’t want people to make it seem like it’s a great comeback story.”

Cora then noted that he plans to use his setback as a means of helping others and making those around him better. He’s “still Alex,” he said, and he still loves the game and loves what he does.

While many believed Cora’s return to Boston was a forgone conclusion all along, Cora said he “never saw that day coming.” Once his suspension ended after the World Series, however, Bloom reached out via text and they set up a phone call.

The conversations got deeper and deeper, and Cora said he found out Thursday afternoon that the Red Sox were interested in bringing him back. He thought he might be able to manage again in two or three years, but he didn’t expect the turnaround would be so quick and fluid.

Cora said he always wanted to return to the game, but he wasn’t sure how fast that would happen. When Bloom reached out, though, Cora’s mind started racing.

Bloom said he first contacted Cora because they hadn’t spoken since January, and he wanted to both catch up and get a feel for where Cora was at. He knew a lot about Cora abstractly, but he wanted to get to know him better as a person.

The conversations were “intense,” as Bloom put it, and he ultimately decided that Cora was the right man for the job – in large part because of his interpersonal skills and his baseball acumen.

“Alex needs no introduction here,” Bloom said. “We all know him as a brilliant baseball mind who can lead, and who can inspire, as well as anyone in the game. He’s shown he can get the best out of players, and we’re looking forward to a really bright future with him at the helm.”

Cora said that if he didn’t feel prepared for what was coming – in terms of a negative reception from others in Major League Baseball and fans at opposing parks – he would have declined to speak with Bloom. He knows it won’t be easy, but he feels prepared for the challenge because of the people he has in his corner.

He said the organization made it very clear that he’ll be out of the game if he lets a similar situation ensue in Boston. Cora said he made the choice not to bring what the Astros had done to the Red Sox the first time around, and he plans on leaving it in the past this time as well.

As for baseball itself, Cora discussed the current state of the Red Sox, noting that his team in 2019 and the team this past year weren’t deep enough to make the playoffs. He said he became a fan this summer and that it was “tough to watch.” Cora is hopeful that this year’s team can make positive strides and return to relevancy.

Said Cora: “We’re in a situation that, yeah, we want to improve, we want to win World Series, but we want to be consistent year in and year out.” 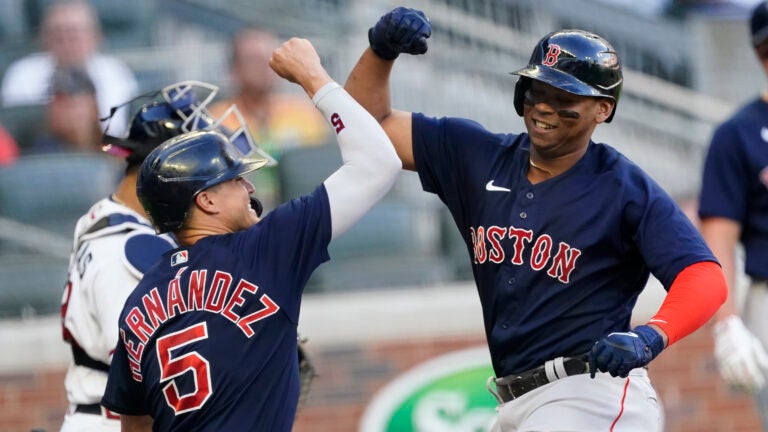