The Boston Red Sox have explored trading outfielder Andrew Benintendi, according to Jim Bowden of The Athletic and later confirmed by Alex Speier of the Boston Globe.

According to multiple sources the #RedSox have been in serious trade talks with multiple teams re: OF Andrew Benintendi looking for prospect(s) type return with emphasis on P & OF….nothing imminent though

The Red Sox might be in a tricky spot with their former No. 1 prospect — Benintendi’s trade value is as low now as it ever has been after an injury and a dip in production dating back to 2019.

On the other hand, per the Globe, Boston’s trade talks regarding Benintendi might not be particularly serious at this stage. The Red Sox reportedly see Benintendi’s previous production as a positive sign for a potential bounce-back year, and they hold an extra year of control over his contract after 2021.

What Boston could get for Benintendi is unclear. Per the Athletic, the Red Sox have been searching for prospects — mostly pitchers and outfielders — when trying to assess Benintendi’s value. Speier noted that a number of outfielders are available on the free-agent market, so if the Red Sox could find a pitcher (or a talented player at another position), they could potentially replenish their talent base while adding a serviceable replacement in the interim.

SB Nation’s Over The Monster blog, meanwhile, noted that the Red Sox have previously engaged the Chicago Cubs regarding 29-year-old former MVP Kris Bryant as the Cubs try to trim their payroll. Perhaps a trade package could be built around the duo. 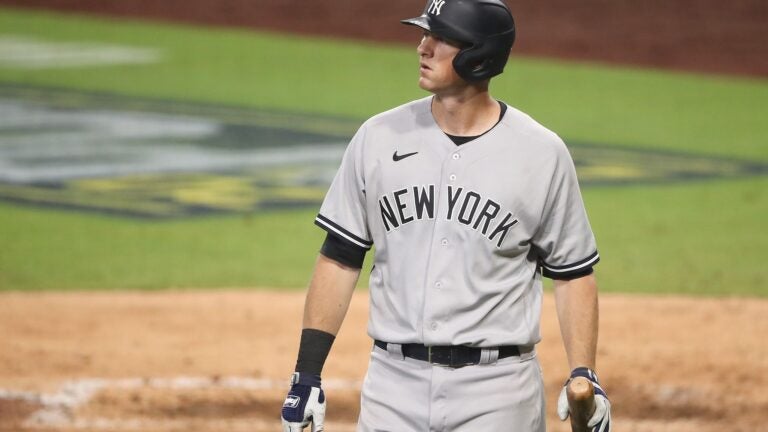