Dustin Pedroia, who played 1,512 games with the Red Sox from 2006-19, announced his retirement from the team Monday.

“Dustin is so much more than his American League Most Valuable Player award, his All-Star Game selections, and the Gold Gloves he amassed throughout his impressive 17-year career in our organization,” Red Sox principal owner John Henry said in a statement.

Pedroia was a second-round selection by the Red Sox, taken with the 65th pick in the 2004 draft after starring for Arizona State University. He spent three years in the minors before he burst onto the scene in 2007, winning Rookie of the Year and delivering big moments for the Red Sox deep into the postseason as they claimed their second World Series win of the decade. The next season, Pedroia won AL MVP, Gold Glove and Silver Slugger in the same year and accomplished the rare feat of winning Rookie of the Year and MVP in consecutive seasons.

That was the start of a highly successful but injury-plagued career for Pedroia, who won three World Series, made four All-Star teams, won four Gold Gloves and an all-around Defensive Player of the Year. However, he also had four procedures on his left knee since the end of the 2016 season. In January, he suffered a “significant” knee setback, which cost him the entire 2020 season as well and forced him to re-evaluate his attempted comeback.

“Through championships and injuries, Dustin’s disciplined approach never wavered,” said Red Sox president and CEO Sam Kennedy. “His work ethic is incomparable, and we saw him attack his rehab during the last chapter of his career with the same intensity he approached the batter’s box in his prime.”

Following the news, Red Sox manager Alex Cora posted a picture of Pedroia to Instagram, with the caption, “From the first day we shared the field until today, the love, passion and enthusiasm for the game has not changed and I know that will continue. It has been a pleasure to watch you grow as a player, teammate, husband and father. My friend, you have impacted my life, my family, our organization, a “nation” like few others and I live proud of you.”

In a statement provided to the Red Sox, former Sox pitcher Jon Lester wrote, “Best teammate, person, competitor and friend I ever had the privilege to see and play with!!”

Pedroia is scheduled to meet with reporters Monday at 1:30 p.m. 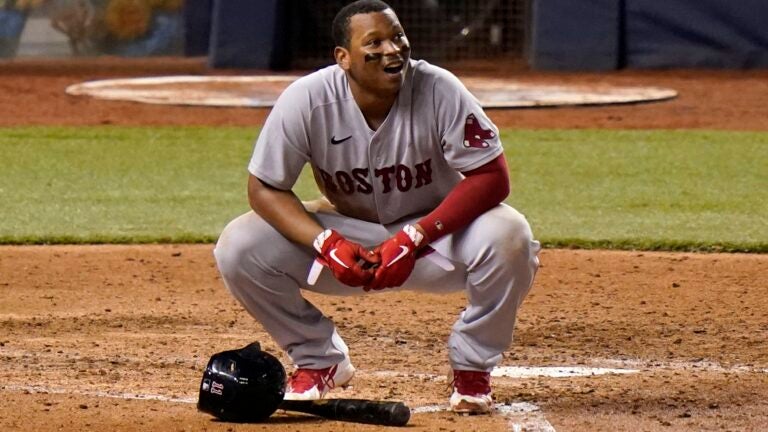 What will it take for the Red Sox to be good this season?