Dustin Pedroia’s former Red Sox teammates and managers are lining up to congratulate him following his retirement announcement on Monday.

“I can say so much about Dustin,” Ortiz said in a statement released by the Red Sox. “It got to the point while I played that I asked myself one day, who would be a player that you would buy a ticket to see, because it was worth it to watch him play for nine innings. And my answer was Dustin Pedroia. He played with a little chip on his shoulder. He basically had the F-U type of mentality whenever he took the field.

“I got to the point where I worried so much about him, the way he hustled, the way he played hard, his discipline. He was committed to do well for his team and his teammates. His commitment was extraordinary. I used to watch the little guy and ask that question to myself because he was that type of guy.

“I really appreciate the fact that I was able to play and have a teammate like Dustin because I learned so much from him. The one thing I learned for sure was that this was not about size. This was about heart. He was the whole package. I’m happy, thankful, grateful and proud that I was able to have a teammate like him because he was a guy who motivated me to do well. Happy retirement buddy. Love you man.”

“Dustin is a great teammate that brings it every day, day in and day out. Not only great talent and an MVP-type player, he brought heart, soul, and hustle to all the teams that he played on,” Varitek said in the Red Sox’ statement. “As a competitor, no one stands quite as tall as Pedroia. He may be short in stature, but tall in presence. He not only worked his way to the player that he is, but had a heart of a lion to get it done. Dustin Pedroia truly exemplifies what it means to wear the uniform of the Boston Red Sox. He is a true Red Sox and always will be.”

Red Sox manager Alex Cora was not only Pedroia’s manager for a couple of seasons, but he also played with him for three seasons. Cora wrote a heartfelt Instagram post with a picture of Pedroia with one of Cora’s daughters attached.

“From the first day we shared the field until today, the love, passion and enthusiasm for the game has not changed and I know that will continue,” Cora wrote. “It has been a pleasure to watch you grow as a player, teammate, husband and father. My friend, you have impacted my life, my family, our organization, a ‘nation’ like few others and I live proud of you.”

“He was the ultimate team player. He always seemed to save his very best plays for the most important time of the game,” Francona said via the Red Sox statement. “He seemed to will himself at times to lead us to victory. It is impossible to spend any amount of time with him and not become close to him. He just has that type of personality. I wish PeeWee success in his next endeavor, and will laugh as Kelli kicks his ass!”

“Arguably the best second baseman to wear a Sox uniform,” Farrell said in the Red Sox’ statement. “From the first day of spring training to the final out of each season his competitiveness and determination were an example to all. Any conversation about the greatest players in Red Sox history has to include Dustin Pedroia.”

“He’s the most inspiring person and player I’ve ever been around! He makes everyone around him a better player and person,” Papelbon said in the Red Sox’ statement. “He is a first ballot Hall of Famer! I am lucky to call him a friend, and to have played with him and win a world championship with him. He is an amazing husband, father, son, friend, and athlete. Diamonds are forever and so is Dustin Pedroia.”

“Best teammate, person, competitor and friend I ever had the privilege to see and play with!!”

“From the first day I met Pedey, I was impressed with the love he had for the game of baseball, the competitive fire to always go out and give 100%, and the relentless pursuit of excellence,” Lowell said in the Red Sox’ statement. “The Red Sox found a gem at second base and he proved his worth year after year. I enjoyed most our card games on team flights and just talking baseball. Congrats on a standout career and all the best in this next chapter of your life.”

“Dustin Pedroia played with more heart and grit than most of the league combined,” Middlebrooks wrote on Twitter. “He led by example every single day… A true grinder. I consider myself lucky to have played alongside him. Here’s to the next chapter, buddy. You did it the right way.”

Dustin Pedroia played with more heart and grit than most of the league combined. He led by example every single day… A true grinder. I consider myself lucky to have played alongside him. Here’s to the next chapter, buddy. You did it the right way.

Visit New England has 3 of the best fall festivals and fairs in the U.S., according to Country Living 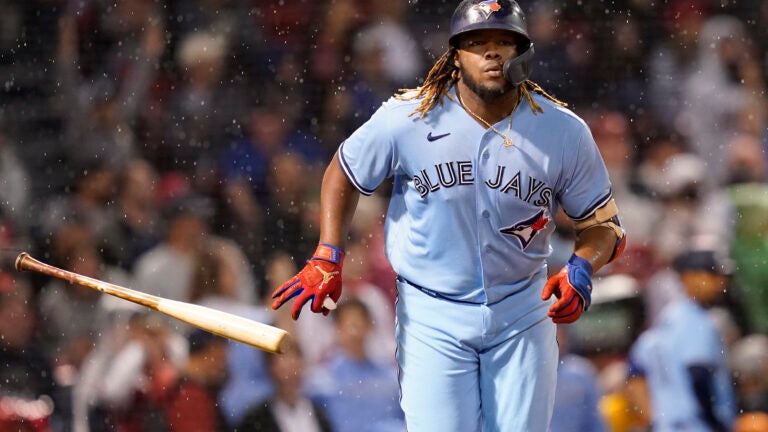