Here is what you need to know about the 26-year-old Cordero:

The Dominican Republic native signed with the Padres as an international free agent in November of 2011, then made his professional debut in 2012 with the Dominican Summer League Padres.

The Padres eventually promoted the lefthanded batter to their major league roster in May of 2017 when center fielder Manuel Margot was injured. He played 30 games before being sent back to Triple A in El Paso. He was called up again in 2018 and played 40 games.

When he was called up in 2017, Cordero started hot, with 19 hits over his first 17 games, then cooled off with just one hit over 10 games before being sent back to the minors. He finished the season with an impressive .326/.369/.603 slash line and 17 home runs at the Triple A level.

At 6 feet 3 inches, 226 pounds, Cordero has impressive power that he put on full display when he slugged a 489-foot home run at Arizona’s Chase Field in April 2018. It turned out to be the second-longest home run measured that season.

·Cordero has missed significant time with quad, groin, wrist, and elbow injuries. He began the 2018 season on the disabled list with a groin injury, was limited to nine games in 2019 because of an elbow injury, and played in just 16 games during the shortened 2020 season because of a wrist issue.

Bloom has referred to these setbacks as “a series of different injuries, a lot of which seem to have kind of a freak nature to them.”

The Red Sox are likely willing to gamble on Cordero’s health because of his tantalizing upside. Few players possess the combination of power and speed that allowed him to lead the minor leagues in triples and post six seasons with double-digit steals.

That speed has helped him become an excellent defensive outfielder, catching 95 percent of balls hit his way in 2017, per mlb.com.

While he strikes out at a high rate, Cordero hits the cover off the ball when he makes contact. His 489-foot home run left the bat at 116.3 miles per hour, per Statcast, and he set a Padres record a few days later with a line drive that clocked at 116.5 miles per hour.

Scouts indicate that he needs to work on his pitch recognition to become a more consistent hitter, but he clearly has the physical gifts to become a dangerous slugger.

His cousin, Sócrates Brito, has played for the Diamondbacks and Blue Jays, and signed a minor league contract with the Yankees this year. 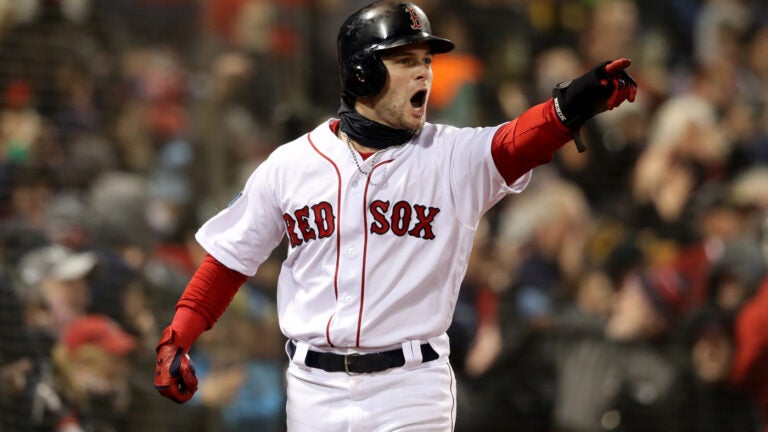 Here’s the danger in trading away players like Andrew Benintendi