Boston Red Sox pitcher Garrett Richards found himself in a jam 23 pitches into his spring training debut on Monday.

Richards had already walked in a run, and the Atlanta Braves drove in another to take an early 2-0 lead. The bases were still loaded.

So the Red Sox ended the inning.

Thanks to a new rule implemented by Major League Baseball for this spring training, Boston was able to cut the cord on Atlanta’s half of the first after Richards threw 20 pitches. As a result, the Braves scored just twice, and Richards came back out for the second inning. In the second, Atlanta went down 1-2-3.

The damage was done, however — the Braves beat the Red Sox 5-3. Richards pitched just two innings, finishing with a strike out and a walk.

Asked about the new rule after the game, Richards called the performance “building blocks.”

“Obviously, you want to finish it and you want to make all the outs that your outing requires,” he said. “So, yeah, it was a little frustrating.”

Richards signed with the Red Sox in early February. In his debut, he said he struggled with control.

“By all means, not happy about it,” he said. “Today’s outing is not what you’re going to see from me on a regular basis, I’ll tell you that right now. I just needed to stay a little bit more in competitive mode versus mechanical mode. So once that switch kind of flipped, everything kind of felt great again.” 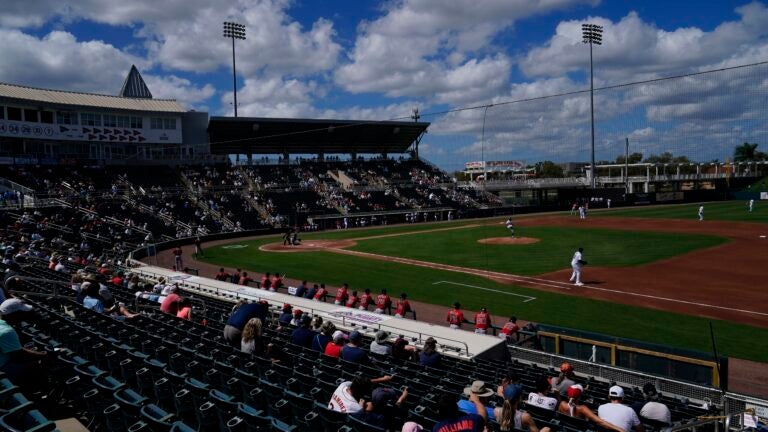 Baseball’s return is hopeful even for weary Red Sox fans