Cora on Saturday said Barnes is asymptomatic, yet he’s been ruled out for Opening Day against the Baltimore Orioles on April 1. It’s possible he’ll miss more time, but the timeline is unclear at this point.

Barnes became the team’s closer in August when the Red Sox traded Brandon Workman to the Philadelphia Phillies. He’s in his eighth year with the Red Sox and has a 26-21 record and 4.08 career ERA.

The 30-year-old former first-round pick is reportedly in the mix to be the team’s closer this season along with newly acquired Adam Ottavino. Now that long-term decision will have to wait, as Ottavino will presumably assume the role in the short term.

Matt Andriese, who was scheduled to pitch in Saturday’s Spring Training game, was unable to do so as he was ruled out due to possible exposure. It’s possible more dominos will fall in the coming days.

“With the guidelines and the protocols, it’s a fire drill now,” Cora said.

Cora didn’t specify how many other players are currently in contact tracing and he said he couldn’t reveal more at the moment.

“Others could be forced to isolate,” Caron tweeted. “All of this coming five days before Opening Day. Sox scrambling to see who pitches final spring training games.”

Here we go. Matt Barnes tests positive for COVID-19. Today’s starter, Matt Andriese, scratched due to possible exposure. Others could be forced to isolate. All of this coming five days before Opening Day. Sox scrambling to see who pitches final spring training games. #RedSox

Starter Eduardo Rodriguez, missed the entire 2020 season after testing positive for COVID-19 and battling myocarditis. He was on track to start on Opening Day this year, yet a dead arm has set him back and ruled him out for Opening Day. Rodriguez said he felt strong in his bullpen session Saturday morning.

As of Saturday morning, Nathan Eovaldi is scheduled to start Thursday, but the situation is fluid. 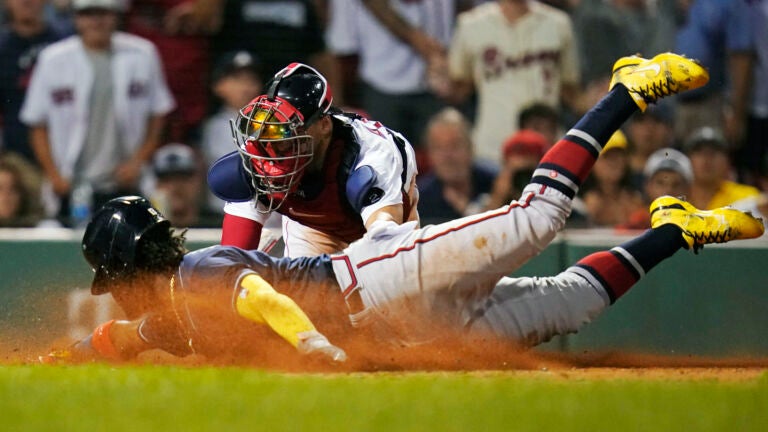